5 Lessons from the Sahabas about Seeking Knowledge 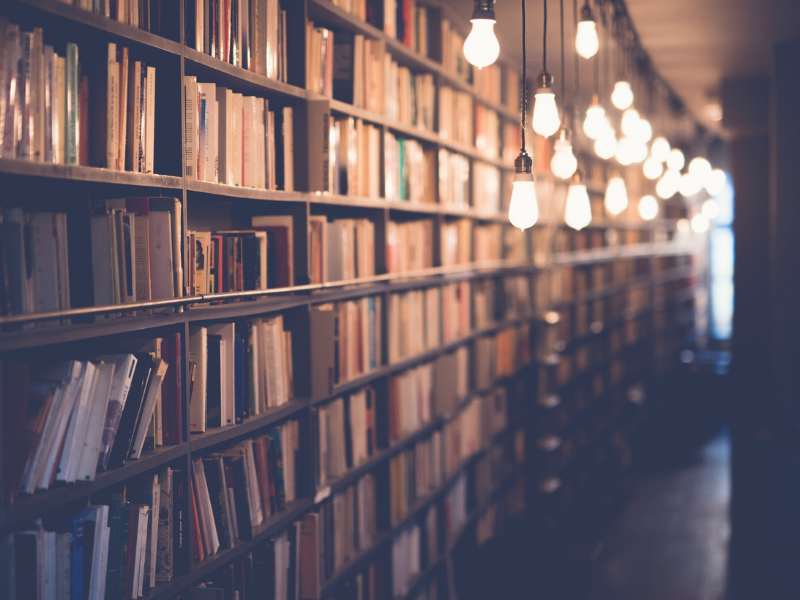 The Sahabas were the companions of Prophet Muhammad (‎ﷺ). They were the men and women who accepted and believed in the message of Islam in the early days, and lived with or around the Prophet (‎ﷺ).

These men and women were the first generation of Muslims. They are the righteous predecessors who listened to the Qur’an straight from the Prophet (‎ﷺ )’s mouth, and memorized all his sayings so that we can have all the collections of ahadith that we have now.

If you look at the impeccable way that the Qur’an and the ahadith have been preserved and transmitted for over a thousand years, you know that the Sahabas were knowledgeable people.

Their level of knowledge of Islam and the way that they acquired it is something that every single Muslim should emulate. If you want to learn more about the deen and improve yourself, here are 5 things that the Sahabas can teach you about seeking knowledge.

Have Sincerity in Your Search for Knowledge

The Sahabas had a lot of ikhlaas (sincerity). They sought the knowledge of Islam with sincere and open hearts. They desired to worship Allah (ta’ala) the way the Prophet (‎ﷺ) was teaching them, and solely for the pleasure of Allah (ta’ala) alone.

The Sahabas didn’t go to the Masjid for prayers so that people could see them as righteous people. They went because they loved Allah (ta’ala) and His Messenger (‎ﷺ) and they wanted to worship sincerely.

Make Time for Gatherings of Knowledge

Many people say that it is difficult for them to seek knowledge because their lives are so busy. You have college courses, a demanding job, or 3 kids that need your attention round the clock. Many things are pulling you in different directions and you can’t find the time to attend a halqa or take an online deen course.

The Sahabas weren’t less busy than we are. Their lives were probably even more demanding than ours because they didn’t have the amenities that now make our lives easier. Even with this, they sought knowledge.

The Sahabas who had businesses were known to converge at the Masjid in the evenings to listen to the Prophet (‎ﷺ). The women who stayed home and nurtured the children requested that the Prophet (‎ﷺ) set aside time for them to learn from him, and he did.

These people had jobs in the market, farms to tend to and multiple children to look after. But they still memorized and preserved the Qur’an and ahadith for us to have what we have today.

If you’ve always thought that you couldn’t possibly squeeze in time to memorize the Qur’an or takes lessons on tauheed, for example, take inspiration from the lives of the Sahabas who probably weren’t less busy than we are but still made the knowledge of Islam their priority.

Many of the Sahabas had to make tremendous sacrifices for the sake of Islam. Remember that many of the earliest Muslims of Makkah had to leave their families and wealth behind to migrate to Madinah with the Prophet (‎ﷺ). These people left all that was important to them, for the sake of Allah (ta’ala)

It was also well known that a Sahaba like Abu Hurairah (ra) became the Sahaba who narrated the most ahadith because he spent nearly all of his time with the Prophet (‎ﷺ). He gave up the possibility of being a rich person by trading, and instead would sit at the Masjid all day so that he could record everything the Prophet (‎ﷺ) said to people who came with questions.

You don’t have to give up your means of livelihood or go away from your loved ones to seek knowledge. Each one of us have little sacrifices that we can make in our current lifestyle so that we can make room for seeking the knowledge of Islam.

Perhaps you can wake up an hour earlier than you currently do, and spend 30 minutes memorizing the Qur’an? Or give up some social engagements to attend local gatherings of knowledge. You can sign up for Qur’an courses online and listen during your commute, or while doing school runs.

Many of the ahadith as we know them today came as a result of a question that a Sahaba had asked the Prophet (‎ﷺ). Asking questions removes ignorance and increases a person in knowledge. When you don’t ask, you don’t know.

Every knowledge gained but not practiced is a waste. You don’t score points for knowing the answer to the examination questions if you don’t write them down when you’re asked.

There is no benefit to knowing the correct way to observe salah if you’re going observe your salah without the required conditions, for example.

Whenever the Sahabas would learn something from the Prophet (‎ﷺ), they would go out to practice it. Look at the case of the revelation of the commandment about the hijab. It is reported that the moment that the Muslim women heard the verses commanding them to use the hijab, they began to tear parts of their clothes to wrap around their heads.

They didn’t have the knowledge to file away for use whenever they were spiritually strong enough. They heard something new and they practiced it instantly.

A seeker of knowledge should be willing and eager to practice what they’ve learned. Same way you would want to start driving as soon as you’ve learned how to drive.

Seeking knowledge is a duty upon every Muslim and there are no better role models of the best practices of seeking knowledge that the righteous predecessors who lived with the Messenger of Allah (‎ﷺ).

Do you want 1 on 1 Quran lessons with a teacher? We can teach you tajweed, reading Quran more fluently w/ a better pronunciation, memorizing Quran, revising Quran, and beautifying your recitation. Schedule a time to chat with me here and I’ll let you more about our 1 on 1 Quran lessons: https://calendly.com/quranacademy/15min

A Walk in the Shoes of Umm Salamah R.A.
6 Tips for Renewing Your Faith Daily
The Prophet Muhammad’s (ﷺ) Love and Compassion for Us and Others