Dealing with Depression the Islamic way: A du’a to hold on to 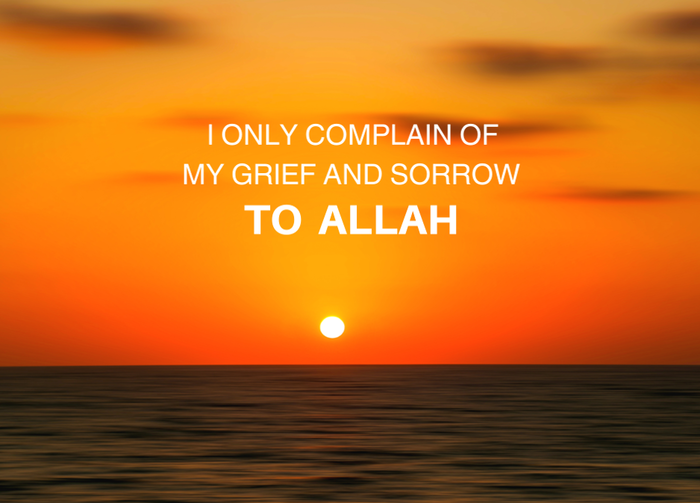 One of the most prevalent mental health issues of 21st century is depression. It could be that you project the most outgoing and joyful façade to your family and friends, while suffering quietly behind closed doors. I won’t sugarcoat it – depression is ugly, painful. It consists of episodes that range from feeling a harrowing sense of loneliness, to unbearable heartbreak, to fathomless void, to aching loss and sorrow – sometimes due to apparently no reason whatsoever. And the transition from deep sadness to an honest to God mental breakdown can sometimes only take a heartbeat. So how do you deal with depression and the character traits it magnifies? What do you pray for when the suffocating negativity and sadness takes over?

Take this from someone with years of experience – talking about depression is never easy. It’s like baring your heart out to someone while believing to your core that they won’t “get it”. They just won’t. And this is why many people simply don’t, and suffer quietly. Ironically, the cure for depression lies in getting out of your own head and talking about it to a trusted individual, no matter how difficult it feels, so that you get a “healthy” outlook to compare your own with and realize that life is not all doom and gloom; And getting on antidepressants after consulting a doctor if one gets too lost in it.
But as a recurring disease, I would be the first to admit that there is no long term cure.

and this is one of our tests.

You face it? You fight it, seeking counselling (Islamic and general) and medical help. And it’s never easy. But while a permanent solution escapes even the best of doctors, our Merciful God has prescribed for us ways to lessen our suffering and subsequently benefit from it even in our worst of days, as our Prophet sallallahu’alayhissalam said: “Strange is the affair of a believer, everything is good for him.” [Muslim] As a believer, we have the added edge of having God on our side and even as we suffer, we pursue Him through it and in return – He alleviates our suffering and elevates us in rank.

Prayer for the depressed

Have you ever noticed how your ability to think reduces exponentially as you feel an increasingly strong emotion? Whether it’s extreme anger, mindless fear or overwhelming grief – one of the responses in many people is that their ability of thinking simply freezes. I’ve always wondered how that works: how some of us are wired to feel so strongly that the connection to our brain cuts off and it becomes as if our whole being is centered on giving that one emotion validity. As if it takes every single of the millions of molecules inside of us to handle that level of sorrow, as if without the support of that extreme focus, our body will simply lose it and shut down.

Depression has always elicited this response in me. In between periods of extreme sadness would be bouts of mindless breakdowns. I’ve read countless articles on how Allah subhanahu wa ta’ala soothes the depressed one in His Book, in Surah Duha and Surah Inshirah and many other places, and while they have helped to guide me in my moments of lucidity, helped me understand and appreciate the divine guidance in them in my days of clarity, it would all escape me when I was at the peak of heartbreak and grief. It would all simply float away, leaving me grappling for a foothold to stop my free fall through the depths of darkness.

In one such moment, when I was drowning in my personal ocean of grief and torment and helplessness, did it come to me:

He said: “I only complain of my grief and sorrow to Allah”

This is the dua that Prophet Yaqub ‘alahissalam made when, many years after losing his son Yusuf ‘alayissalam, he was still grieving for him and the rest of his family commented that at this rate, he’s going to become fatally ill or die out of sheer grief. Yaqub ‘alayhissalam turned to his God instead, knowing that it is Allah who *knows* the extent of the sorrow he suffers and called out to Him knowing He’ll always be right by him. His response, that Allah subhanahu wa ta’ala preserved in His Eternal Book, shows how he never depended on people to validate his grief. How he understood that it doesn’t matter if people empathize or not, no one can really *understand* your pain and hardship except the One who knows you inside and out. And because they don’t understand, people will always disappoint you in their responses to your grief and in their treatment of your vulnerable state.

Tip: Whether you have the means to seek help or not, always remember that the Source of all cure and relief is closer to you than your jugular vein.

He hears every broken word that you whisper, sees every silent tear that you shed. Even in your mindless state of grief, know that He’s watching over you and have tawakkul (trust) that relief is only a hair’s breadth away. So breathe through the pain and hold on to Al Jabbar, The One Who Comforts and Heals, through the Words He preserved eternally in His Timeless Book for the ones who lose their own.

Where is Allah al-Hayy?
6 Silent Effects of Sinning in Islam
Hadith # 4: Creation in the Mother’s Womb

2 responses to “Dealing with Depression the Islamic way: A du’a to hold on to”