Everything you need to know about the Qibla 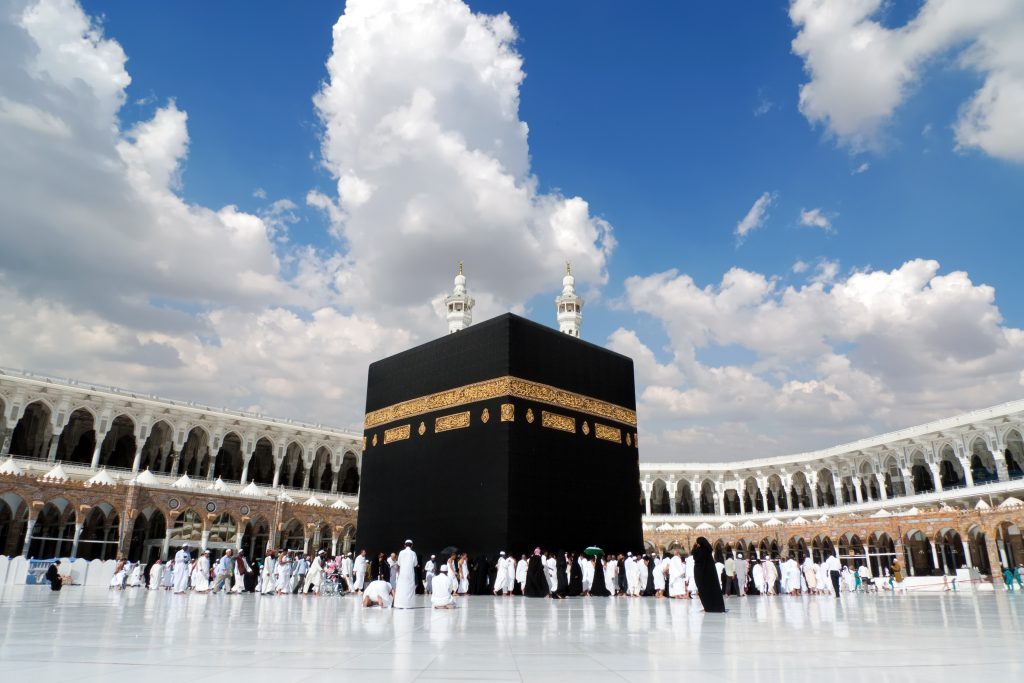 Muslims all over the world face the Kaaba in Makkah while performing Salah (prayer). The Islamic term that refers to this direction is called the “qibla”. It is very common for a fellow Muslim to ask one another where the qibla is, before he/she performs his/her prayer.

So how did this qibla come into existence?  Since when have Muslims been facing the Kaaba while praying? What was the ruling pertaining to the qibla? We will look at all this and more in detail, in this article. Read on.

The Kaaba is a cube shaped building, covered in the black kiswah with a gold band located in the courtyard of the mosque known as Masjid Al Haram, in the city of Makkah, Saudi Arabia. It is important to note that Muslims do not worship the Kaaba. Rather, we use the Kaaba as a focal point of direction while praying, in order to maintain unity amongst Muslims worldwide.

Was the qibla always the Kaaba?

The first Muslims prayed towards the Al Aqsa Mosque in Jerusalem. Around sixteen months after Prophet Muhammad (pbuh) and his followers migrated from Makkah to the city of Madinah, the qibla was changed to the Kaaba. [al-Bukhaari and Muslim]

During the noon prayer, Prophet Muhammad, may the mercy and blessings of God be upon him, received a revelation from Allah  instructing him to: “Turn your face towards Masjid Al Haram”.

“Thus, we have made you real believers in Islamic Monotheism, true followers of Prophet Muhammad and his legal ways, a just nation, witnesses over mankind and the Messenger a witness over you.  And We made the Qibla (prayer direction towards Jerusalem) which you used to face, only to test those who followed the Messenger from those who would turn on their heels (i.e. disobey the Messenger).  Indeed, it was great (heavy) except for those whom God guided.  And God would never make your prayers to be lost (i.e. your prayers offered towards Jerusalem).  Truly, God is full of kindness, the Most Merciful towards humankind.”

“Verily!  We have seen the turning of your (Muhammad) face towards the Heaven.  Surely, We shall turn you to a Qibla (prayer direction) that shall please you, so turn your face in the direction of Al-Masjid- al-Haram (at Mecca).  And wheresoever you people are, turn your faces (in prayer) in that direction…} (Quran 2:143-144)

Why the change in direction?

Imagine facing one direction and then suddenly being asked to change the direction of prayer? It was a huge test to see how serious the early Muslims were, in following the commandments of Allah and His Messenger (pbuh).

“We decreed your former qiblah only in order that We might know the Prophet’s true adherents and those who were to disown him. It was indeed a hard test, but not for those whom Allah guided.” (Surah al-Baqarah, 2:143)

There is an exact replica of a Kaaba in heaven, right above the Kaaba in Makkah.

The Messenger of Allah (pbuh) said narrating about the journey of ‘Isra wal Miraaj,

“Then I was shown Al-Bait-al-Ma’mur (i.e. Allah’s House). I asked Jibreel about it and he said, This is Al Bait-ul-Ma’mur where 70,000 angels perform prayers daily and when they leave they never return to it (but always a fresh batch comes into it daily).”

The qibla is not just a mere piece of direction the Muslims turn towards. Rather, it is a sign of Muslim unity and brotherhood that makes every single believer from the East to the West, from the rich to the poor, the young to the old, turn towards one direction, to worship One Supreme Lord, seeking His forgiveness, mercy and guidance.

2 responses to “Everything you need to know about the Qibla”