Deeper than the Ocean 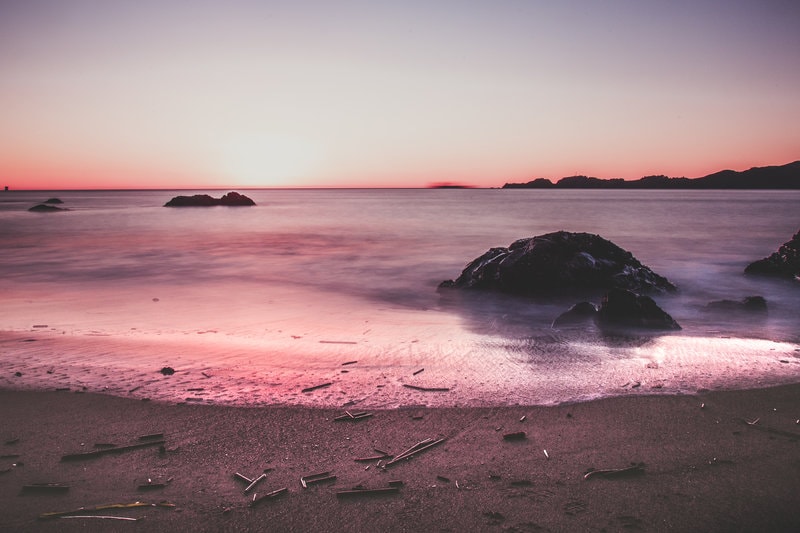 Deeper than the ocean

-an advice from the wisest teacher

A few days back while preparing for my examinations, I underwent a great deal of anxiety and many hopeless dips. I would often take breaks and listen to motivational advice by influential personalities but none could provide the level of calmness inside that my heart was in need of. The words would give me a high, which would then fade eventually… every time. The words seemed to work on a superficial level. I felt the thirst for deeper advice on a quite personal level.

I should have realized I needed Allah for who else can be closer than Him! I prayed and felt better. A few days later while I was working, I happened to open up a screenshot I had taken some weeks ago. Aha! This is it! I almost jumped. I wanted to read more and further write about it. So I ended up switching from my half done blog project to this topic. Stay with me & InSha’Allah, if there is something in life bothering you, it will soon leave you in calm & peace…

Prophet Muhammad ﷺ is our teacher and guide. His advice is the ideal advice to be sought. Irrespective of the role we are playing – student, parent, sibling, spouse, we can always find guidance in the words of our beloved Prophet Muhammad ﷺ and problems we face in life seem to be solved on its own. SubhanAllah!

Abdullah bin Abbas r.a. reported- “One day I was behind the Prophet Muhammad ﷺ, and he said to me:

“O young man, I shall teach you some words [of advice]: Be mindful of

Allah and Allah will protect you. Be mindful of Allah, and you will find

Him in front of you. If you (have a need to) ask, ask of Allah; and if you seek

help, seek help from Allah. Know that even if the Nation (or the whole

community) were to gather together to benefit you with something, they

recorded for you, and that if they gather together to harm you with

something, they would not be able to harm you with anything except that

which Allah has already recorded against you. The pens have been lifted

and the pages have dried.”

(In another version of the same Hadith, it is mentioned):

“…Be mindful of Allah, you will find Him before you. Get to know Allah in

prosperity and He will know you in adversity. Know that what has passed

you by was not going to befall you; and that what has befallen you was not

going to pass you by. And know that victory comes with patience, relief

with affliction, and ease with hardship.”

SubhanAllah! What words of advice can ever stand parallel to these?

A scholar once said “What a pity for the one who is ignorant of this Hadith and has little understanding of its meaning.”

Points to ponder over:

The Prophet Muhammad ﷺ starts the Hadith by getting the attention of Ibn ‘Abbas r.a. by saying “O young man” and then he follows it with “I shall teach you…” due to which Ibn ‘Abbas r.a. understands the importance of the advice that he is about to receive.

This teaches us that when we are in any form of conversation or speech, it is important that we start with words that catch the attention of the listener so that the speech is effective and words have an impact.

Being conscious of Allah-

Then Prophet Muhammad ﷺ says “Be mindful of Allah” which includes a number of things:

…for which one needs to be conscious of:

The protection of Allah-

Prophet Muhammad ﷺ then states “and Allah will protect you” (if you are “mindful of Allah”).

Allah’s protection is of two kinds:

He will give us guidance so that we are protected from negative influences.

Allah will also protect our deen & iman when we leave this world. We will be protected from shaitan’s influence to lead us astray right at the very last moment in our life.

We may not be aware of when Allah is protecting our deen. It might so happen that Allah prevents us from doing something which we want to do and it is actually a protection from Allah from some problem or from committing a sin.

You may also like: Lessons from the Advice of Luqman

Ask of none but Allah-

The statement in which the Prophet Muhammad ﷺ tells Abdullah bin Abbas to “ask of Allah” and to “seek help from Allah” is something we utter in every Salah i.e. “iyya ka na’budu wa iyya ka nasta’in”. This shows us the importance of dua, the importance of continuously asking Allah for His support and guidance. We need to realize our complete dependence on Him.

Allah subh’anahu wa ta’ala has already written in Al-Lauh-ul-Mahfuz what is going to take place.

Things happen in life which we have no control over and to face these events the way they should be faced; we need to practice contentment (Ridha), which is the highest level where we are pleased or content with whatever Allah has chosen for us, whether positive or negative. The second highest level is tolerance (Sabr), where we need to be patient and not panic or say anything that displeases Allah subh’ana wa ta’ala.

Though Allah recorded the Qadr (fate) of all creations 50,000 years before He created the heavens and the earth (Sahih Muslim), that does not entitle us to sit idle and do nothing simply, waiting for everything to happen by itself.

Al-Qadr can be broadly broken down into two categories:

The matter of Qadr can be explained by the following example:

The food we consume needs to be Halal & Tayyib (good). We shouldn’t take in foods that are bad for health. Even while we are healthy, we should avoid consuming foods unhealthy for our bodies since our bodies are an Amanah.

If we do not take care of our eating habits, then we can not blame it on Qadr when we fall sick. It does not mean that there isn’t anything as Qadr. It simply means that we are required to do that which is right and then after we have given in our efforts, if we fall sick, that is a part of Qadr wherein we will not be answerable.

Another important point in this regard is the myth concerning seeking treatment on falling ill. Many Muslims tend to interpret this hadith (on qadar) negatively and believe that since my sickness is the will of Allah and a part of Qadr, treatment shouldn’t be sought for if Allah wills, I will be cured without the medicine. Well, this way of thinking is not correct.

Similarly, any other matter of life can be understood in the light of the above understanding of Al-Qadr.

This Hadith teaches us how we can live a peaceful & content life by being mindful of Allah and by totally trusting and relying on Him. We must do our best to fulfill Allah’s obligations and then trust and accept whatever He wills for us.

The acceptance of whatever befalls, after we gave our best input in anything is the state of “Alh’amdulillah a’la kulli haal” which means ‘all praise & thanks are only for Allah, in all circumstances’… and this is the key to happiness in life.

I hope & pray that now there will be some ease Insha’Allah in our lives having understood this Hadith. May Allah make it easy for us to keep it in our minds when we need this reminder the most, (which is, unfortunately, the time when we tend to forget this the most). May it get under our skin and reside in our hearts till the last breath.

(All that was good in this article was from Allah & whatever mistakes it might have, were due to my own shortcomings and may Allah forgive me for that.)

One response to “Deeper than the Ocean”