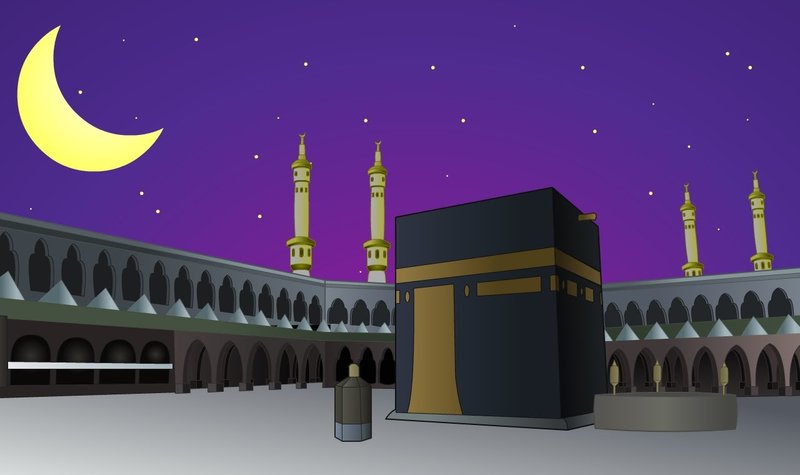 The unadulterated speech of Allah, the actual word of God, the truth embodied in a Book known as the Quran is what our Master has revealed as His final revelation to the world. In many Muslim houses, the Quran gathers dust and is simply seen as a wonderful piece of art that lets others know we’re Muslims. Sadly, as we look over Islamic history and compare the continuing atrocities, we can easily say that our failure as an Ummah is mainly due to us distancing ourselves from the Book of Allah.

Living in a fast paced world where technology vibes for your attention with every swipe, tap, and snap, it isn’t easy anchoring our children to become acquainted with the speech of our Lord. I plan to share some ways that are practical for every stage of life our children grow through, being that I have nine children ranging in age from just 2 years old to early 20s.

When children are less than 7 years old, I liken them to wet clay because it is at those early ages that we are able to fashion the clay easily. Many studies have shown that reading to children (especially parents) at early ages helps them develop a liking for reading, allows them to be more creative and imaginative, and also bond more with parents.

So I’m going to share how we’ve successfully helped parents kindle a love for the Quran within their children. First, I must say that we wear many roles as parents and one of the most important roles is being a practicing Muslim. You don’t have to be perfect, no one is, however you should practice what you preach and that means having a meaningful relationship with the Quran yourself.

If you have followed OutstandingMuslimParents.com, then you know they teach about the 3Cs, 3Es and 3 Stages children grow through. Briefly as parents, our three main roles consist being a Celebrity/role model, a Confidant/advisor, and a Coach/teacher; hence the 3Cs. The 3Es are Engage, Equip, and Empower while the 3 Stages are 1-7 yrs old, 8-pre-teen, and finally teenagers. I want to share with you how to engage your children with the Quran in all three stages.

Why is it important to know that almost a third of the Quran consists of storytelling?

Allah t’ala in His infinite wisdom knows his creation better than we know ourselves. One of the beauties of the Quran is that almost a third of it is storytelling. Allah t’ala shares stories for us so that we gather the lessons and utilize that wisdom in our lives and remembrance. So let’s understand that just like in sales where there’s a saying that goes “fact tell, stories sell”, the same can be understood with the Quran. Facts may tell us certain things but it’s the story that captures our emotions. For example in Surah Kahf, we don’t know how many were in the cave with their dog nor exactly how many years, instead we know why they were there and what happened after they awoke. The facts we needed to understand were given to us by Allah in the story.

Young children up to about 7 years old really like stories with animals and insects!

With children in Stage One, which is generally between 1 to 7 years old, it is so fun to read the stories in the Quran that deal with animals. Both boys and girls at this early stage seem to be infatuated with Allah’s creation and how Allah discusses them in His Glorious Book.

Try reading Surah al Naml (Ch. 27) and more particularly, the Ants ayah 18-19: Until, when they came upon the valley of the ants, an ant said, “O ants, enter your dwellings that you not be crushed by Solomon and his soldiers while they perceive not.” So [Solomon] smiled, amused at her speech, and said, “My Lord, enable me to be grateful for Your favor which You have bestowed upon me and upon my parents and to do righteousness of which You approve. And admit me by Your mercy into [the ranks of] Your righteous servants.”

After reading that together, you should talk about the Mercy and Wisdom of Allah. Discuss the gifts he gave to Prophet Sulayman (ASA). You can talk about the hoopoe bird who was late for the gathering with Sulayman who had seen the Queen of Sheba. This type of drama that Allah has gifted us with in His majesty is easy to understand and be taken in by. There are a plethora of animals mentioned in the Quran like the honeybee, elephant, spider, lion, birds, termites, wolf, and more. You can have a dialogue for days that leads to learning about respecting Allah’s creation by not crushing them as well as teach them how things function in nature because of the care and mercy of Allah.

You may also like: Who are the People of Alhumdulillah?

Children 8 to pre-teen engage more with drama centric sections in the Quran.

When it comes to children in their second stage of growth, it’s just as easy to get them interested in what their Master is saying to them as well. As we grow older, we like dramas and things that we can relate to more. Even though the human brain doesn’t fully mature until it reaches 25 years old, our little one’s brains are churning and ingesting information non-stop. I’ve found that stories like that of Prophet Musa (AS) have always shown to be fascinating. The oppression rampant among the Children of Israel and yet one mother is told to throw her newborn into a box and into the raging Nile River; only for him to be discovered by Aasiya (RA), the wife of the Pharoah, and Allah to cause the situation to work itself out. There are volumes of books written on the lessons we can learn from the early life of Prophet Musa (AS) and his growth. Stories like that of the sleepers in the cave in Surah Kahf also provide the intrigue, drama, and suspense that we love at that age. Eight to twelve year olds as well as children a tad older tend to be fascinated by the story of ‘Isa ibn Maryam from him speaking as a brand new baby, defending the honor of his mother, to his da’wa.

Teenagers tend to be fascinated with the emotional drama that the Quran contains.

As for teenagers, they are fascinated by the above stories as well however I’ve found that since they consider themselves more sophisticated, they tend to sometimes forget that the Quran is practical and has answers to their lives at this very moment. For example: dealing with jealousy from siblings, read the story of Prophet Yusuf (AS) who has so much drama in his life that it is amazing. Betrayed by his own brothers who were also sons of a Prophet Yacub (AS), then to be enslaved, falsely accused of sexual indiscretion, wrongfully imprisoned, and eventually honored is a lot to digest. Then Allah has put stories in the Quran that deal with family matters and discord from the story of Prophet Ibraheem (AS) and his disbelieving father (or uncle some say), Prophet Nuh (AS) and his defiant son, Prophet Lut (AS) and his rebellious wife, Pharoah and his righteous wife Aasiyah (RA), and more. These stories deal with the types of things we experience everyday and the wisdom we can impart in our lives is fascinating.

When we turn to the Book of Allah for guidance and with sincerity, we can only have success from the One who guarantees it. When we teach our children that Allah talks directly to them and all of His creation with this Book and they dig in, they’ll recognize and with the help of Allah, latch on to His guidance and stay on the correct path.

Try these few things with your children and discuss with them what they learned. If they have a hard time with imagining some of the more grandiose scenes, ask them to picture it as a movie being played out instead of an old time thing. I pray that Allah opens the doors of our hearts to return to His book as a guide for our lives and a healing for a troubled world because that is the only way we as an Ummah will return to honor.

Quran & History Stories of the Quran

2 responses to “Getting Your Children Interested in Quran through Stories”