A Quranic Story About Tawakkul 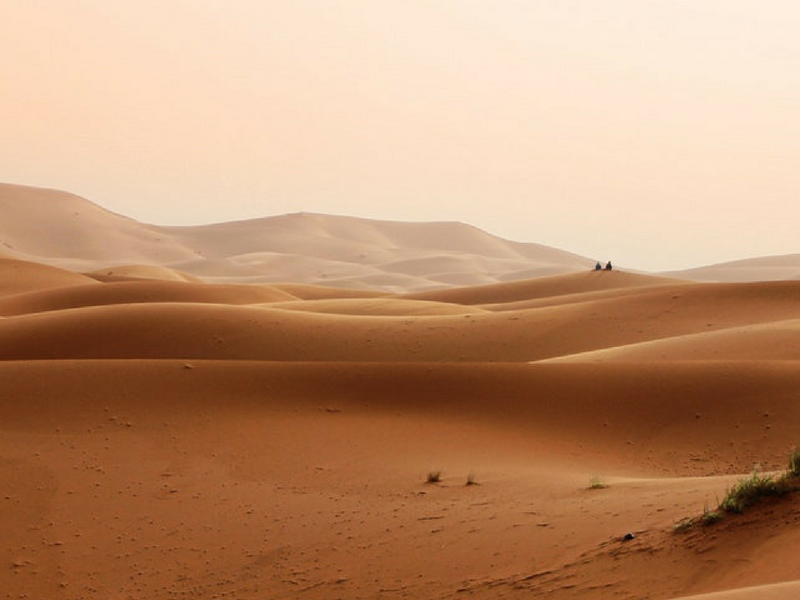 “Our Lord, I have settled some of my descendants in an uncultivated valley near Your sacred House, our Lord, that they may establish prayer. So make hearts among the people incline toward them and provide for them from the fruits that they might be grateful.” (Quran  14:37)

When we hear the story of Prophet Ibraheem (AS), it reminds us of Hajj, of old age parenting, of his wife running between the mountains of Safa’ and Marwa. But beyond that, his story is also an exemplary example of demonstrating ‘tawakkul’ (reliance) in Allah (ta’ala).

All of Prophet Ibraheem (AS)’s life is about his reliance upon Allah (ta’ala). He called people to the Islamic monotheism and even went against all the idol worshipping that the people of his father were into.

But how does his story relate to our lives in this day? What can we learn from the Quranic story of Ibraheem (AS) and his family?

Utmost Reliance is the Virtue of a Believer

The most important thing that makes us Muslims, and differentiates us from non-Muslims, is our belief in the oneness of Allah (ta’ala). It is our declaration that none has the right to be worshipped except Him.

How then does a believer demonstrate this belief without tawakkul – reliance on the Creator?

From the story of Prophet Ibraheem (AS), we see a man who unreservedly relied on his Lord. we see a man who does not depend on his own ability, or logic or other humans to solve his own problems.

When Allah (ta’ala) asked him to sacrifice his son, Prophet Ibraheem did not hesitate, and neither did his son. Because they both had a firm belief that the wisdom of Allah (ta’ala) is beyond what we humans can comprehend. And that whatever Allah (ta’ala) has decreed upon His servant is best for him.

When he was going to attempt to slaughter his son, he didn’t know that Allah (ta’ala) will ask him to stop, but he went ahead anyway. At the end of the day, he didn’t have to kill his child. This is a lesson for us that if we have declared our belief in Allah (ta’ala), we should rely our hearts on Him.

We should always remind ourselves that whatever our Creator has decreed for us is best and that when He commands something of us, only Him knows the wisdom behind it.

The One with Tawakkul is Protected by Allah (ta’ala)

Ibraheem (AS) left his wife and son in the middle of a desert. A sea of sand with no human in sight. But he went ahead to fulfill Allah’s command and left them in His care. His wife, demonstrating the same level of tawakkul, understood his need to leave them behind.

“When Abraham had differences with his wife), (because of her jealousy of Hajar, Ishmael’s mother), he took Ishmael and his mother and went away. They had a water-skin with them containing some water, Ishmael’s mother used to drink water from the water-skin so that her milk would increase for her child. When Abraham reached Mecca, he made her sit under a tree and afterwards returned home. Ishmael’s mother followed him, and when they reached Kada’, she called him from behind, ‘O Abraham! To whom are you leaving us?’ He replied, ‘(I am leaving you) to Allah’s (Care).’ She said, ‘I am satisfied to be with Allah.” (Bukhari)

This is where the story of the well of Zamzam comes from. Hajara ran between both hills looking for water and by the permission of Allah (ta’ala), the Zamzam water came to be.

That was an unexpected miracle. The average human would have expected to starve to death or die of thirsty in that kind of situation. But because Hajara affirmed her belief in Allah (ta’ala) as their provider when her husband was leaving, she and her son were rewarded. Allah(ta’ala) took care of them by providing for their needs.

None of us have the power to provide for ourselves. We may be smart, intelligent and get the best jobs, but we should remember that these are from our Creator. We shout also remember, especially when our situation seems so dire that we can’t think of a way out, that Allah (ta’ala) sees what we do not see. And that our total reliance on Him will guarantee us His protection if He wills.

We shouldn’t rely on humans. Because even though other humans may be a means to our dua getting answered, they are not the source of whatever we get. They are only being used by Allah (ta’ala).

“Praise to Allah, who has granted to me in old age Ishmael and Isaac. Indeed, my Lord is the Hearer of supplication” (Quran 14:39)

It took Prophet Ibraheem (AS) a long time to have a child. All the time he waited, he asked Allah (ta’ala) for an offspring but continued to call to Islamic monotheism, and he continued to challenge those who worshiped idols.

He didn’t wallow in self-pity. He didn’t think that not having a child was a sign of not being loved by Allah (ta’ala). He still continued fulfilling his purpose in life.

When we as Muslims want to demonstrate our tawakkul in Allah (ta’ala), we have to remember that it should come with a beautiful patience.

Our reliance on Allah (ta’ala) should bring us a peace that shows that we have deferred our matter to the only One who can discharge our affairs.

Many of the Prophets and Messengers of Allah (ta’ala) have stories of enviable reliance on their Creator. From Prophets Nuh to Ibraheem, Musa, Yusuf, Yaqub, Luqman, Isa (AS) and Prophet Muhammad (‎ﷺ) , we see stories of people who heard and obeyed Allah (ta’ala)without question. People who, even when they couldn’t tell what will be on the other side of their journey, still kept going because they believed in Allah (ta’ala).

This kind of reliance on our Creator is what we should all strive for every day of our lives.

Related Video: Do You Really Trust in God | Story About Having Trust in Allah

Words of Wisdom – Inspirational Islamic Quotes
The Hidden Hikmah: How To Reap Benefits From Your Trials
Lessons from the Lives of Prophets (Peace Be Upon Them) Part – III