Make Your House the House of Qur’an 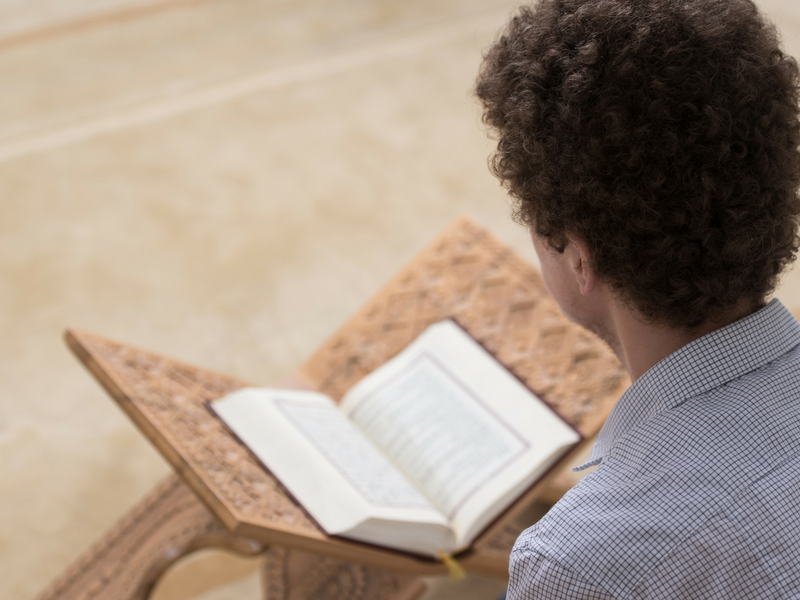 A Muslim’s home is their personal fortress. It is the place where they feel very comfortable to worship their Lord as they please. No wary eyes asking you why you keep hitting your head on the floor while praying. Our homes are our comfort, and they should be the place where a lot of Qur’an is recited.

During the lifetime of the Messenger of Allah (SAW), it is said that if one walked in the early hours before fajr, you would hear people reciting Qur’an in their houses. Such that, those early hours came to be known as the hours of the reciters.

Our home should be a house of the Qur’an, but this doesn’t come by default or by accident. To establish a Qur’an presence in our homes, we need to cultivate deliberate habits that will lead us there, in sha’a Allah.

You may also like: How to Effectively learn Qur’an Online

Whatever is given priority in our lives is what thrives. Imagine that you had to take the 6 am train to your place of work and missing the train means missing work for that day. You would probably establish a routine that sees you firmly awake and dressed every day before 6 am.

If we want to make our homes the houses of Qur’an, one of our priorities should be establishing a time to recite the Qur’an without fail.

It can be the early hours before Fajr salah, few minutes after Ishai’ salah, some minutes here and there during the day. Some times of the day may be better than the others because of the possibility of distractions, but the most important thing is to choose a time.

The easier part is to carve out a time for recitation of the Qur’an, the more difficult part is actually being consistent. The first few days after you made the resolution to read the Qur’an every day may be marked by high spirits, but after some time, you may not feel so inspired as before and you may see a decline in how much you recite.

This is where consistency and discipline come in. Hardly does anyone feel inspired to do the same thing over and over again every day of their lives. What keeps people going with a routine is the discipline that they have instilled in themselves.

The Prophet (ﷺ) said, “Read the Qur’an regularly. By the One in Whose Hand Muhammad’s soul is, it escapes from memory faster than a camel does from its tying ropes.” (Riyad as-Saliheen)

Some days it won’t be convenient to recite because you are ill. Other days, emergencies may happen and upset the order of your day.

These things happen, but the important thing is to keep going despite all of that. If you couldn’t sit down with a Mus’haf for a couple of days, read from memory or play the Qur’an on your phone.

Don’t recite only when the mood dictates because you will find that Shaytaan will use that as a trick to make you abandon your recitation.

Discuss the Qur’an at Home

If you don’t live alone, one of the best ways to make your house the house of Qur’an is to discuss the Qur’an at home. If you have read a tafsir of some parts of the Qur’an, share it with those you live with and encourage them to do the same. Discuss the words of Allah (ta’ala) as you spend time with your family, because the more we remember His words, the more they stay in our hearts.

Remember the Rewards and Benefits of Reciting the Qur’an

Technically, this is not a way to make your house the house of Qur’an, but seeing as we humans are motivated by rewards, it helps to think of what we may gain by reciting the Qur’an at home.

We know that all of our accepted good deeds will be rewarded by Allah (ta’ala) if He wills, so this should be motivation for us to keep reciting the Qur’an. Beyond that, here are a few of the Messenger of Allah (SAW)’s statements on the rewards and benefits for reciting the Qur’an in our homes.

Abu Umamah (May Allah be pleased with him) reported: I heard the Messenger of Allah (ﷺ) saying, “Read the Qur’an, for it will come as an intercessor for its reciters on the Day of Resurrection.” (Riyad as-Saliheen)

Narrated Abu Hurairah: that the Messenger of Allah (ﷺ) said: “Do not turn your houses into graves. Indeed Ash-Shaitan does not enter the house in which Surat Al-Baqarah is recited.” (Tirmidhi)

5 Ways To Be Spiritually Healthy
An Nawawi’s Hadith #2: Hadith of Jibreel A.S [Part I]
Looking to Smash your Ramadan Goals? Start these 4 Productive Habits Right Now