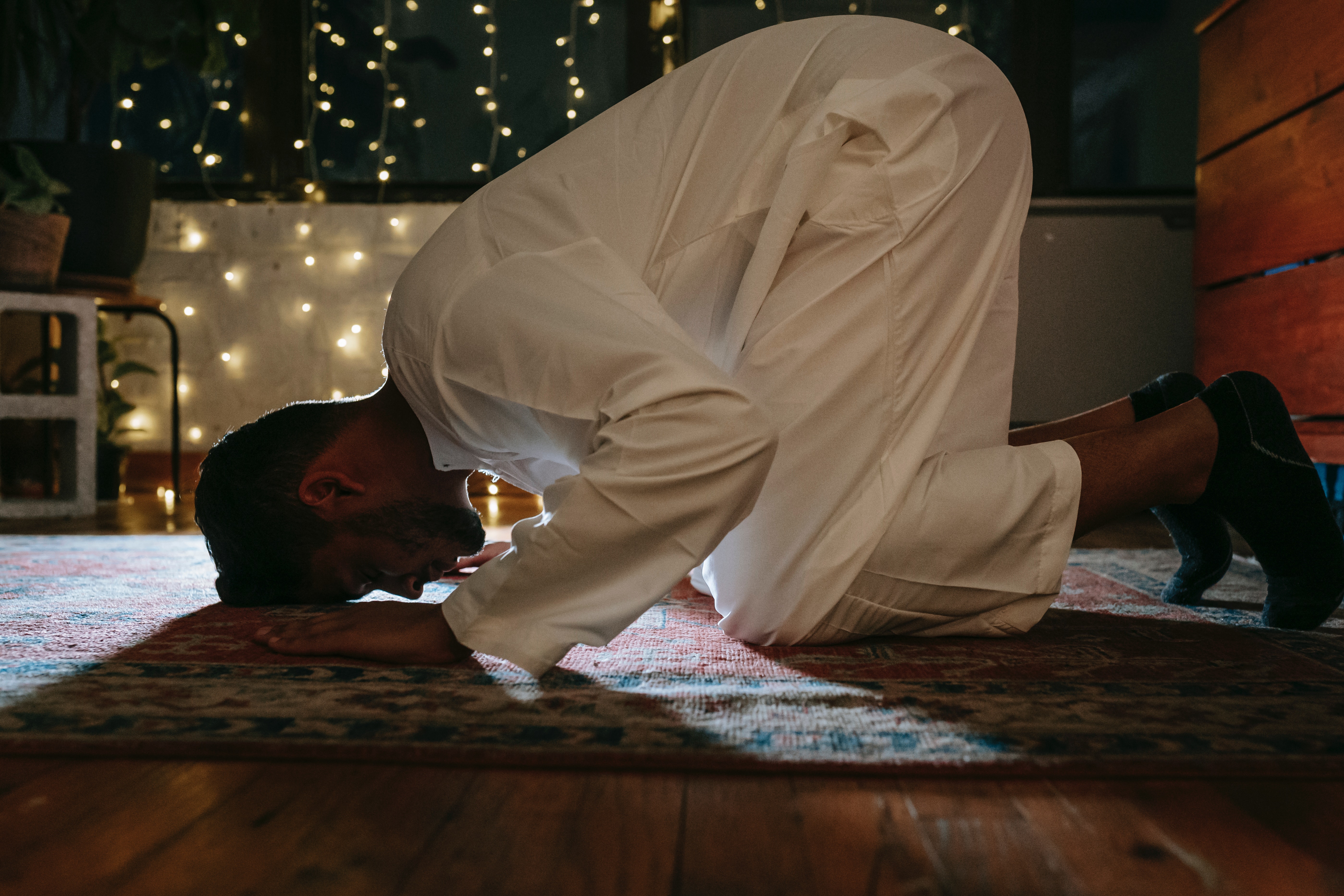 How can you increase the enjoyment you get from the five daily prayers? How can you feel more personally connected to Allah (swt) during salah? How can you prevent salah from becoming a mindless ritual? Read to find out!

1.Practice Dr. Zakir Naik’s Advice on How to Stay Focused During Salah

In a YouTube video (https://www.youtube.com/watch?v=v-Mm2fXkznI&t=2s), Dr. Zakir Naik tells the secret for staying focused on your prayer. The secret is to concentrate on the meaning of what you are reciting, in your own language.

We all know it’s good to know the meaning of what we say in prayers, but take it to the next level. Intentionally concentrate on the meaning in your first language, while you recite the Arabic.

Example: As you recite the verse Alhamdulillahi rabbil ‘aalameen, think of the English translation: “All praise is due to Allah, Lord of all the Worlds.”

Rationale: The mind cannot wander if it’s 100% focused on something, such as the translation of the words you say in Arabic.

Focusing the mind on one thing is a form of mindfulness, which has many health benefits. For more about mindfulness, read “9 Islamic Benefits of Mindfulness” at https://quranacademy.io/blog/islamicbenefitsmindfulness/

The Prophet Muhammad (pbuh) said, “The nearest a slave can be to his Lord (Allāh) is while they are prostrating, so increase in supplication” (Ṣaḥīḥ Muslim, Musnad Aḥmad).

Making dua in sajda during Salah will make the salah more personal for you and strengthen your relationship with Allah (swt).

3. Understand the Deeper Meanings behind the Different Positions

Takbeer (Saying Allahu Akbar): Many scholars say that moving the hands back symbolizes throwing the world behind you. You are entering into a private audience with Allah. Allah is Greater than everything. You have entered into a sacred state called Tahrim.

Ruku’ (Bowing): This is a pillar of prayer. Ruku’ shows our servitude and humility. The word rak’ah (a unit of prayer) is named after the ruku’. This is why if you catch the ruku’, you catch the rak’ah.

Standing up after the Ruku’: This is setting the stage for the sajda, the main event of the prayer. We say, “Allah hears those who praise Him” (Sami Allahu Liman Hamida) because we are about to go down and praise Him.

Sujood (prostration): Sajda is the greatest single act of worship humanly possible. The Prophet (pbuh) said that the closest a servant will ever be to his Lord is during sajdah. By doing sajdah, we lower our heads to show that Allah is the Highest. Every rakah has 2 sajdahs, while only one of the other positions, because sajdah is so important.

Tasleem (Saying Salaam to left and right): You are wishing peace upon the angels on your right and left, as well as upon the people you are praying with.

4. Remind Yourself of the Rewards You are Receiving

Did you know that for every single sajda you do, your spiritual rank is raised one degree, and you are forgiven one sin?

The Prophet (pbuh) said, “No servant prostrates for the sake of Allah but that Allah will raise his status by a degree and expiate one of his sins.” (Sahih Tirmidthi)

Allah (swt) promises to give those who pray a great reward:

“….And the establishers of prayer [especially] and the givers of zakah and the believers in Allah and the Last Day – those We will give a great reward.” (4:162)

The Fajr prayer is filled with blessings. The Prophet (pbuh) said:

“The two Sunnah cycles of prayer preceding Fajr prayer are better than this world and all that it contains.” (Tirmidhi)

“Whoever prays the Fajr prayer, he or she is then under Allah’s protection. So beware, O son or daughter of Adam, that Allah does not call you to account for being absent from His protection for any reason.” (Muslim)

Praying with others brings more blessings than praying alone. The Prophet (pbuh) said,

“Prayer in congregation is better than prayer alone by twenty seven degrees.” (Bukhari and Muslim)

For more inspiration about the importance of Salah, see https://quranacademy.io/blog/inspiring-quotes-salah/.

Too Lazy to Pray? Watch this!