5 Lessons from the Story of Prophet Yunus 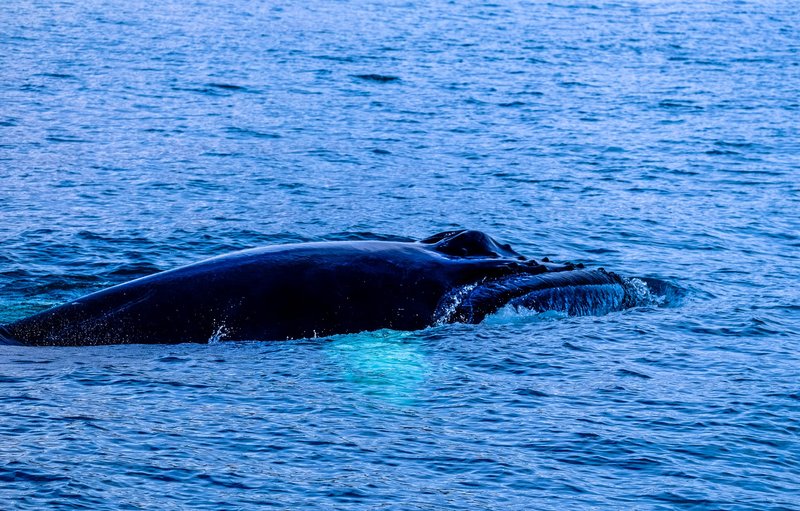 When you hear the name Prophet Yunus, or Jonah, the first thing that probably pops into your mind is the story of the encounter with the whale.

Allah (ta’ala) mentioned this story in multiple verses in the Quran to serve as a lesson for us. And from these lessons, we have extracted five that are very important to every Muslim.

Who was Prophet Yunus?

Yusuf bin Matta was a Prophet of Allah sent to to the people of Nineveh, an area supposedly in the present day Iraq. Like all Prophets and Messengers before him, his duty was to guide his people to the Oneness of Allah.

Prophet Yunus’ task wasn’t easy. He spent a long time preaching to his people with no success. And it was from the frustration of this that we now have the popular story of the whale (or the big fish as many refer to it).

Seeing that his people would not listen to him, Yunus (AS) left in anger and boarded a ship. During the journey, the ship ran into problems, they needed to throw someone away from the ship and Yunus’ name came up thrice.

As he entered the water, Allah (ta’ala) commanded a whale to swallow him, and the whale took him to the bottom of the ocean. Much of what happens during this incident lends itself to the lessons that we are sharing.

Recognize Your Sin and Seek Forgiveness

When the fish got to the bottom of the ocean and Prophet Yunus realized his error, he fell into prostration in the belly of the fish and sought forgiveness from Allah (ta’ala).

“And [mention] the man of the fish, when he went off in anger and thought that We would not decree [anything] upon him. And he called out within the darknesses, “There is no deity except You; exalted are You. Indeed, I have been of the wrongdoers.” (Qur’an 21:87)

He realized that he had committed an error by leaving the duty that Allah (ta’ala) had sent him. Two things are important for us here. The realization of our sin, and the importance of sajdah. Not only did Prophet Yunus feel bad for what he did, he immediately went into prostration to show how sorry he was. And he also said the prayer that has come to become important for us Muslims.

When you know that you have sinned against Allah (ta’ala), the right thing to do as a repentant slave is to seek forgiveness. Feel remorseful, go into sujood (maybe nawafil salah), say some dua, and ask for forgiveness. Allah loves those who repent sincerely.

The whole encounter with the fish started because Prophet Yunus left his people in anger. Even though the person preaching Islam wishes differently, the reality is that seeing the fruits of your da’wah can take time.

You may preach Islam to your friend or family for years and they will never accept the message. This does not mean that you should stop. Prophet Muhammad (SAW) preached the message of Islam to his uncle from the beginning of Islam till his uncle was on his deathbed. He still died without accepting Islam.

The Prophet’s wife, Khadijah, was part of the first people to spread the message of Islam, but she never lived to see a victory like the conquest of Makkah.

Da’wah may take long, may be difficult and (un)successful, but with patience and the help of Allah (ta’ala), a Muslim should never stop doing it.

You may also like: Benefits Of The Last 2 Ayats of Surah Baqarah

Do Not Despair of the Mercy of Allah (ta’ala)

When Prophet Yunus hit the bottom of the ocean in the dead of the night and in the belly of a big fish, he didn’t continue to lament his misfortune and give up on life.

Instead, the moment he realized that he was still alive and unhurt, he raised his hands to Allah (ta’ala).

Many times, at the peak of our challenges, there is the temptation to give in to despair. You wonder why life seems to be going well for everyone except you, or why you go from one misfortune to another.

It is at the peak that we need to hold even more firmly to our belief in Allah (ta’ala), that He will remove our trials from us and bring us victory the way He brought Prophet Yunus back to dry land.

“So We responded to him and saved him from the distress. And thus do We save the believers.” (Qur’an 21:88)

Believe in the Love and Mercy of Allah (ta’ala)

Imagine how Prophet Yunus’ world were surprised to discover that the fish didn’t eat him. This was a mercy from Allah (ta’ala). He set this out as a lesson to His Prophet and all of us, and He commanded the fish to only swallow and not eat Yunus.

This reminds us that even when we have wronged ourselves and sinned, Allah (ta’ala) still showers us with His mercy instead of destroying us out of anger.

Remember that Prophet Yunus had not even sought forgiveness at this time, but Allah (ta’ala) already showed him mercy.

Dhikr and Dua are Powerful

Prophet Yunus was known to the Angels as someone who praised Allah very much. According to narrations, the Angels recognized his voice and when he called out to Allah (ta’ala) at the bottom of the ocean, the Angels knew that this was a familiar voice but from a different place.

A prominent scholar once asked this question: “Are the Angels familiar with your voice?” I believe that this is a question that every Muslim should honestly ask themselves.

When Prophet Yunus and the fish got to the bottom of the ocean, he realized that the creatures down there were praising Allah (ta’ala). These creatures, like us humans, have no purpose except to worship Allah (ta’ala).

This is a reminder of the importance of dua and adhkar. Glorify Allah (ta’ala) as much as you can in a day, recite the Quran, and wake up at night to make dua.

When we hear stories from the Quran about people from the past, they serve a purpose to teach us lessons that will keep us from errors and make us better Muslims. Eventually, by the mercy of Allah (ta’ala) and after his supplication, the fish returned Prophet Yunus to the shore.

Even this is a lesson that no matter how far you think that you have gone in your disobedience of Allah (ta’ala), with sincere repentance, Allah (ta’ala) will bring you out of your situation and grant you forgiveness and respite.

Lessons from the Lives of the Holy Prophets
Duas from the Quran
Who Wrote The Quran?

One response to “5 Lessons from the Story of Prophet Yunus”