Benefits of the Last Two Ayats of Surah Baqarah 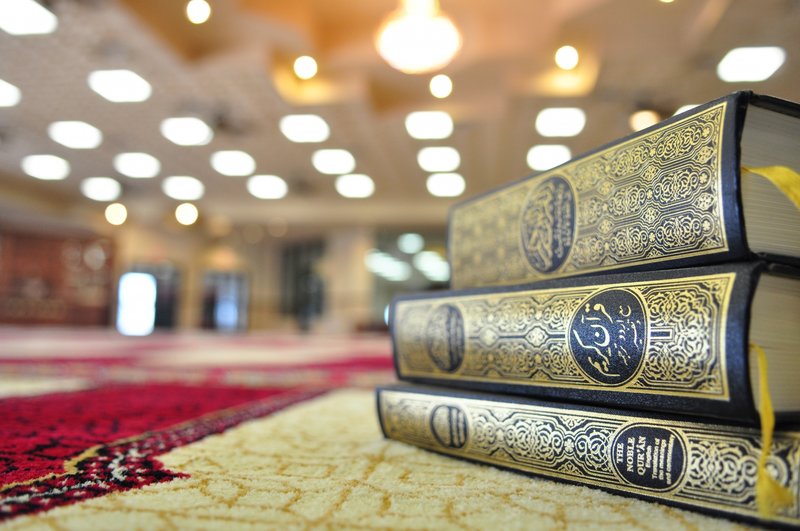 The last two Ayats of Surah Baqarah are two of the most important verses of the Quran. Every verse is precious and important, but sometimes, you get verses like this that have so much importance attached to them by Allah (ta’ala) Himself.

We highlight some of the benefits of these last two verses, according to the narrations from the Prophet (SAW) himself, and hopefully, this inspires you to take these verses as a companion in your daily life.

“The Messenger believes in what has been sent down to him from his Lord, and (so do) the believers. Each one believes in Allah, His Angels, His Books, and His Messengers. (They say,) “We make no distinction between one another of His Messengers ـ and they say, “We hear, and we obey. (We seek) Your forgiveness, our Lord, and to You is the return (of all).”(286)

Allah burdens not a person beyond his scope. He gets reward for that (good) which he has earned, and he is punished for that (evil) which he has earned. “Our Lord! Punish us not if we forget or fall into error, our Lord! Lay not on us a burden like that which You did lay on those before us; our Lord! Put not on us a burden greater than we have strength to bear. Pardon us and grant us forgiveness. Have mercy on us. You are our Mawla (Patron, Supporter and Protector) and give us victory over the disbelieving people.” (Quran 2: 285-6)

In a hadith narrated by Abu Mas’ud, the Prophet (ﷺ) said, “If somebody recited the last two Verses of Surat Al-Baqara at night, that will be sufficient for him.” (Bukhari)

This is evidence that the last two verses of Surah Baqarah are a means of overnight protection for every everyone who recites them before going to sleep.

Although many scholars have debated whether the phrase “enough for him” refers to it being enough in replace of tahajjud, as a protection against Shaytan, or just enough in terms of good deeds.

Regardless of the interpretation you choose, the important thing is for us to know this benefit and take advantage of it.

So, instead of hanging out on social media till you fall asleep and the phone drops from your hand, seek protection from Allah (ta’ala) with the verses of Surah Baqarah and go to bed.

You may also like: 6 Easy Ways to Attain Barakah

Like I said earlier, all verses in the Qur’an are special, and with purpose. But when it comes to the last two verses of Surah Baqarah, there is a special honor that is different from all other Surahs, except Al-Fatiha.

In the tafsir of Ibn Kathir on these last two verses, he talked about the hadith of Ibn Mas’ud which says: “While the Messenger of Allah was with Jibril, he heard a noise from above. Jibril lifted his sight to the sky and said, ‘This is a door that was opened just now in heaven, and it was never opened before.’ An angel came down through the door to the Prophet and said, `Receive the good news of two lights that you have been given and which no Prophet before you was given: the Opener of the Book (Al-Fatihah) and the last Ayat in Surat Al-Baqarah. You will not read a letter of them, but you will be granted its benefit.’” (Muslim)

Many accounts of the last two verses of Surah Baqarah say that it was given to Prophet (SAW) from under the throne of Allah (ta’ala) and that the Prophet (SAW) further emphasized the importance of the verses by encouraging people to teach it to their wives and children.

Regardless of all the versions of events that we have about these verses, we should see them as a mercy from Allah (ta’ala). We should commit them to memory, recite them every night, and use them as a means of gaining rewards from the Almighty.

A Close Look at Surat al-Fatihah – Part 4
What Does Kareem Mean?
Psychological Wisdom in the Holy Quran: Part 1