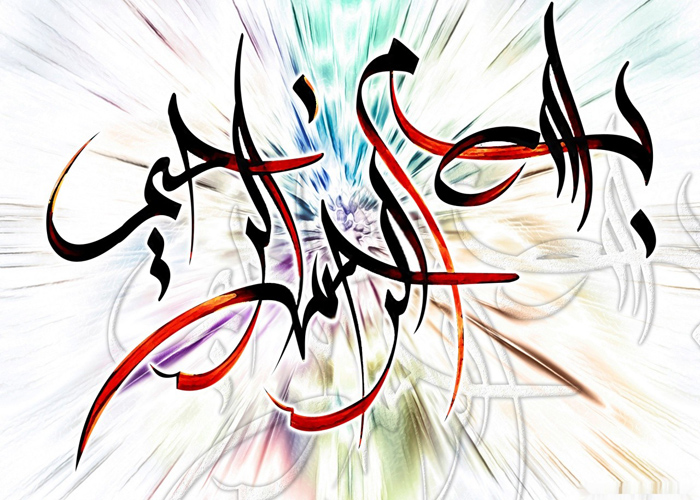 There is no end to learning about Surat al-Fatihah. It’s the most important surah in the Quran, and we recite it many times daily in our prayers. In this series, we’ll try to understand this amazing surah and look at some of the amazing things scholars have found out about it, adorned with other Quranic ayat and hadiths.

Quiz Question: What was the first ever ayah of the Quran revealed to Prophet Muhammad (sa)?

Today we won’t talk about Surat al-Fatihah. “Oh wait!” you say, “That’s cheating! What’s about that title, then, huh?”

Following that sequence, first let us look at what these two sentences mean, why they are so much emphasised by Allah (swt), and why we should consider them before even attempting to consider the surah itself.

Allah says, “So when you recite the Qur’an, [first] seek refuge in Allah from Satan, the expelled [from His mercy]. Indeed, there is for him no authority over those who have believed and rely upon their Lord.” (Quran, 16:98-99)

Shaytan is the worst, the sworn enemy of human beings, since the time of Adam (as). The sole aim of his life is to throw as many of us in the hellfire as he can. And what is Quran? It’s the antidote to the evils of Shaytan. It’s a protection of our thoughts, our souls and our bodies against Shaytan’s plots. That’s why Shaytan hates it when we recite anything from the Quran, or try to learn its meaning. So he becomes extra aggressive in, first of all, distracting us away from the Quran, and if he can’t achieve that, then he tries to confuse us to make mistakes in our reading and understanding the Quran.

That’s why it’s especially important to seek refuge in Allah from him before we start reciting the Quran. We want to come to the Quran with our heads clean and our hearts open to receive its guidance untainted. We also want to keep our minds focused all along our recitation, so that we don’t make mistakes in recitation or understanding, and we can get the right guidance from it.

“Satan tries to disturb the one who reads the Quran with his steeds and feet until the reader is void of the meanings of the Quran,” says Dr Al-Ashqar in his book The World of the Jinns and Devils. “The reader should try to ponder over and understand the words of Allah. Satan tries to come between his heart and the meaning of the Quran. Thus the reader is not able to benefit from the Quran. Therefore we have been ordered to seek refuge from this Satan when we are about to read the Quran.” (pg 186)

So, even before beginning the Fatihah, say, “Audhu billahi min ash-shaytani-r-rajeem.”

2. Starting in the Name of Allah

The first ever ayah to be revealed was: “Recite in the name of your Lord who created.” (Quran 96:1)

Bismillah is an answer to this ayah. It means, “I start in the name of Allah, with the help of Allah, for the sake of Allah, and in the presence of Allah.”

Bismillah blesses our efforts towards connecting with the Fatihah, fills up the gaps of our deficiencies, invokes Allah’s aid in making our efforts beneficial and, again, free from Shaytan’s influence.

As Dr Islahi says, “Whatever difficulties a seeker might experience on this path of knowledge, these will be resolved by His grace as it guides the seeker’s steps and helps, supports and sustains him along the path, while safeguarding him from pitfalls and errors, temptations and distractions, both from within and from without.” (Pondering over the Qur’an 63)

And what about Ar-Rahmani-r-Raheem? We’ll keep that for the second ayah in sha Allah. So look out for Part Three of this series.

7 Sunnahs to Try Out in Ramadan
7 Hidden Ways of Committing Shirk
Stories of the Prophets: A Lesson in Tawheed