A Conversation with Allah 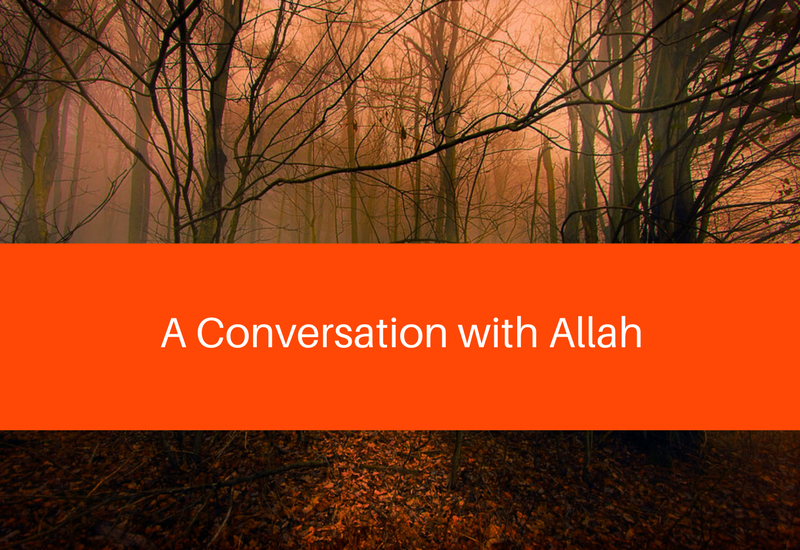 One of the most profound experiences a person can go through is deep, meaningful, impactful conversation with another human being. It can sometimes be life changing. But, the idea of being able to have a conversation with the Creator, with Allah SWT, is a wish that can seem like an impossible dream.  That wish can be magnified, in times of darkness, loss,  difficulty, ibtilaa’ (tests of faith) or great need. Leaving our hearts with an even more powerful longing to actually speak to Him SWT. 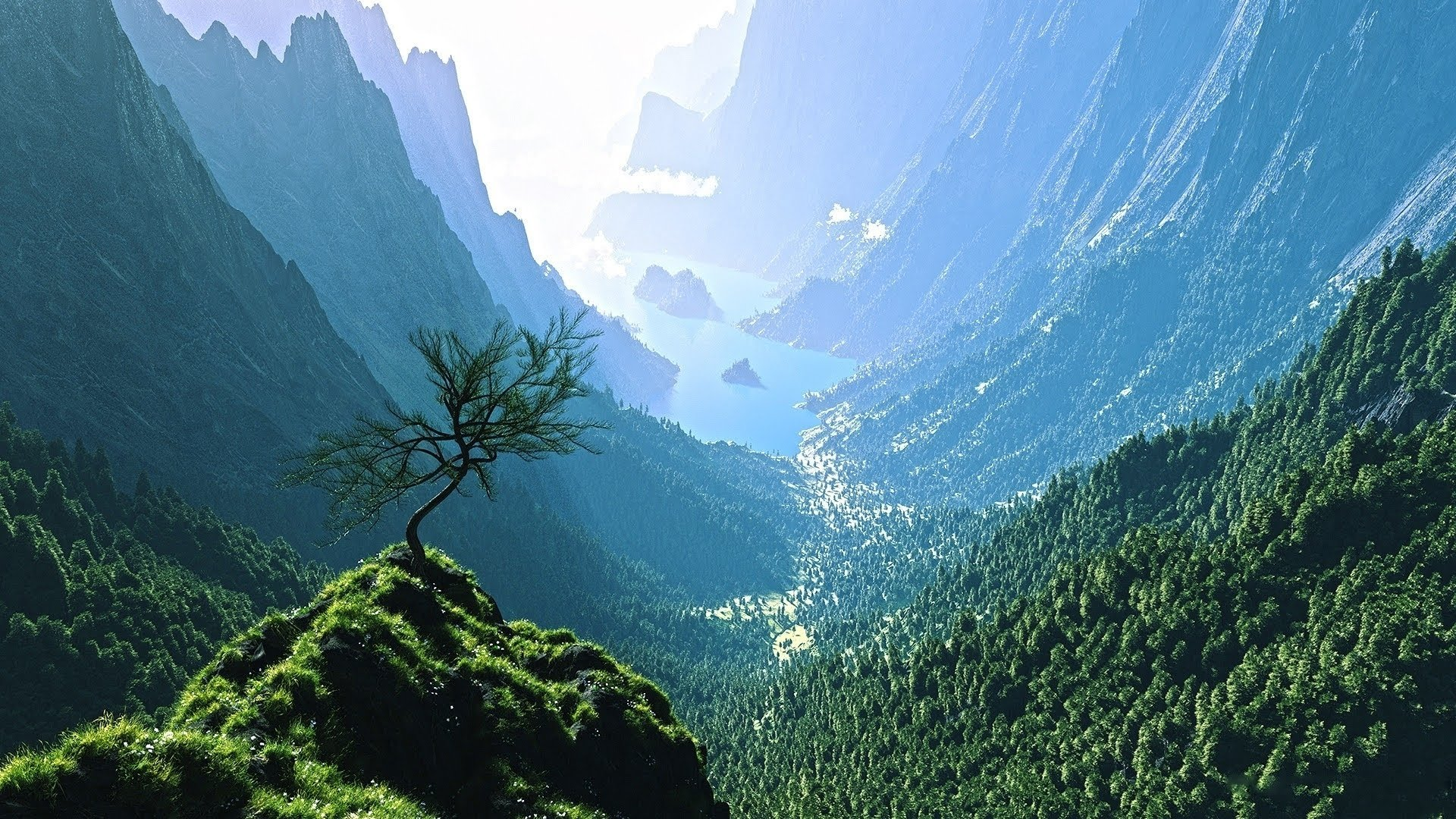 A conversation that started with a reminder and order: “And I have chosen you, so listen to what is revealed to you.  Indeed, I am Allah . There is no deity except Me, so worship Me and establish prayer for My remembrance. Indeed, the Hour is coming – I almost conceal it – so that every soul may be recompensed according to that for which it strives. So do not let one avert you from it who does not believe in it and follows his desire, for you [then] would perish.”

Followed by simple questions to put him at ease.. “And what is that in your right hand, O Moses?”  He [Moses] said, “It is my staff; I lean upon it, and I bring down leaves for my sheep and I have therein other uses.”

Followed by a miracle to give him confidence “[ Allah ] said, “Throw it down, O Moses.”  So he threw it down, and thereupon it was a snake, moving swiftly.  [ Allah ] said, “Seize it and fear not; We will return it to its former condition. And draw in your hand to your side; it will come out white without disease – another sign, That We may show you [some] of Our greater signs. ”

Then, the final order. “Go to Pharaoh. Indeed, he has transgressed.”

An order that was followed, by a sincere duáa (prayer/ request) from Moses. A request that was immediately granted. “My Lord, expand for me my breast [with assurance] And ease for me my task That they may understand my speech. And appoint for me a minister from my family – Aaron, my brother. Increase through him my strength And let him share my task That we may exalt You much And remember You much. Indeed, You are of us ever Seeing.”  [ Allah ] said, “You have been granted your request, O Moses. And We had already conferred favor upon you another time.”

The beauty of that conversation is indescribable. How do we, regular humans, get a glimpse of that miracle, of that experience? We are not Prophets. This is not something we should even dare dream of.

The truth is, that there are multiple ways by which we, average humans, can converse with the creator, with Allah SWT and be as close to him as anyone who ever came before us.

Here are ways you can talk to Allah SWT.

Dua’ is a profound and critical form of worship and for good reason. It is a way to talk to Allah SWT, get closer to Him, and ask Him what you wish. ِAllah SWT says: “When My servants ask you about Me, I am always near. I answer their prayers when they pray to Me. The people shall respond to Me and believe in Me, in order to be guided.”

Connect with him on a daily basis through prayers or, “Athkar”. Zikr, essentially means: The remembrance of Allah, in any way. It is important to note that the term “Zikr” in Islam has a very wide and all-encompassing meaning.  It is said by some that the term “Zikr” can include any form of worship.

It could also include specifically “Al-Athkar”, like “Athkar al Sabah wal Masaa”, specific verses to say every day. I choose to believe that Zikr is a general term that can be anything, from Al-Athkar to Takbeer (Allahu Akbar) to Tahmeed  (Alhamdulillah – thanks) to Tasbeeh (Subhan Allah) or even to simple thought (tafakkur).

Allah SWT also says in Surat Al-Anbyaa’, “Who protects you, in the night or in the day, but the Most Merciful?” But they, from the remembrance of their Lord, turn away.”

Want to get closer to Allah and inevitably feel His responses to your words? Make it a habit to ask Him before making important decisions or any decision for that matter. Isthikara basically means that He is your ultimate and most trusted adviser. The more you build that connection, the more you will feel his presence every day. He will be in your thought process while making everyday decisions. Prophet Muhammad PBUH used to perform Istikhara while making the simplest purchases and decisions. The duá reads partly as: “O Allah, I seek Your guidance [in making a choice] by virtue of Your knowledge, and I seek ability by virtue of Your power, and I ask You of Your great bounty. You have power, I have none. And You know, I know not. You are the Knower of hidden things …….. ”

Just talk to Him..

Connect with Him in times of need. Just talk to Him – no scripts, no set Zikr phrases, no rehearsals, no barriers, no set language. Turn to Him in darkness, in difficulty, in tragedy, in crisis, etc. Like a friend. Teach yourself to connect at random moments, in any form, thought, action, movement, or Zikr. Practice talking to Allah. Complain to Him (vent to Him). Let your heart be the guide to the words you formulate. A specific example of this is Yaçoub PBUH, the father of Sayidna Yusuf, as he grieved and mourned the loss of his son to Allah SWT, for years on end. He would say: “”I only complain of my anguish to Allah, and I know from Allah that which you know not.” As we all know, his son was returned to him in his lifetime.

Here are ways you can hear from Allah:

Allah’s words on paper. Read Quran with contemplation, conviction and intention. Every word is something he wants you to hear so listen intently. The Quran is a book for the practice and improvement of  life and not for theory. It has an answer to everything, literally. Allah gave it to us as a gift  so that all our questions can be answered from it and it shall stand the test of time. Believe that. Listen to what you read in Quran. This is how you hear from Allah.

Also the words of Allah SWT. Also containing answers for our everyday life.

But, is there a way to have an active,  two way conversation with Allah?

Yes. It is something we do everyday, but take for granted.

You may also like: Tawakul – The Medicine of Worry and Anxiety

In the name of God, the infinitely Compassionate and Merciful.

You: Praise be to God, Lord of all the worlds.

Allah: My servant has praised Me
You: The Compassionate, the Merciful.

Allah: My servant has complimented Me

You:Ruler on the Day of Reckoning.

Allah: This is for my servant, and my servant shall receive what he requested.
Amen.

Just remember, that you can have a conversation with Allah SWT anywhere, anytime. Closeness to Allah is not an exclusive right. We all have equal access to it if we choose to seek it. He is always closer to you than you think. He always sees you, hears you, and  feels what you feel.

He is closer to you than the blood circulating oxygen in your veins. Closer to you than your own heart. “It was We Who created man, and We know what dark suggestions his soul makes to him: for We are nearer to him than (his) jugular vein.”
وَلَقَدْ خَلَقْنَا الْإِنسَانَ وَنَعْلَمُ مَا تُوَسْوِسُ بِهِ نَفْسُهُ وَنَحْنُ أَقْرَبُ إِلَيْهِ مِنْ حَبْلِ الْوَرِيد

Just talk to Him, and know He SWT will most surely answer.

Related Video: What is Your Relation to Allah – Mufti Menk

A Walk in the Shoes of Umm Salamah R.A.
5 Things a Muslim Should Consider Before a Nikkah
5 Islamic Parenting Tips From the Sunnah

3 responses to “A Conversation with Allah”