Am I a Good Muslim? 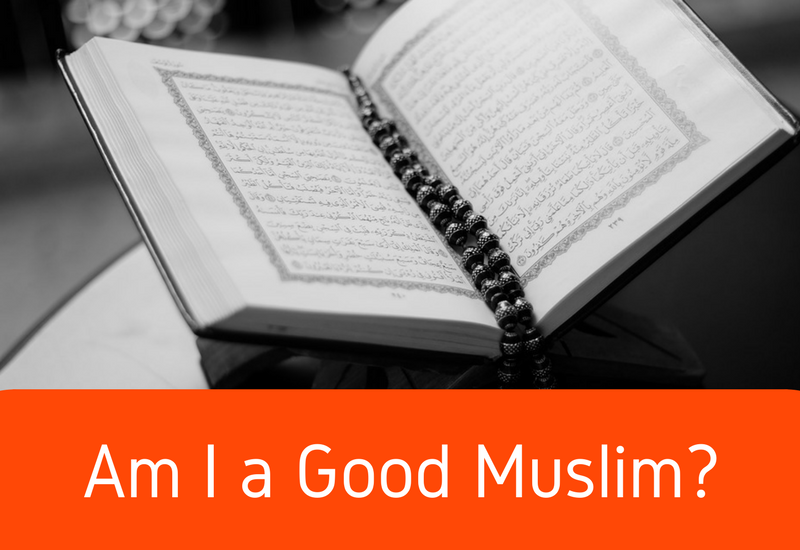 Among the Muslim community there is this great divide between two categories of people that is pulling them poles apart. One set of people are those who are focused on the rituals of Islam, they never miss prayers, fast frequently, perform umrah and Hajj, are very conscious of their islamic dress, read Quran with perfect tajweed, BUT quite a few of them do not have a pleasant character. They wouldn’t care for their neighbors, have no sympathy for their servants, mean and stingy even with their family members, and have horrible manners and ethics.

Then there are those who have all the humanitarian qualities.  Forever helpful, cheerful and kind,  generous and polite, honest and hardworking, BUT do not believe in praying or fasting. They would rather give the money in charity than spend it on going to Hajj.  Will eat, drink and dress the way they feel like and are so easy going and relaxed, fun to be with, and no concern for Allah’s commands.

Yet both these groups are Muslims and both of these think of themselves as good and the other as totally rotten and worthless.

But surely for a person who really wants to be good, there must be some definition of goodness from which he or she can decide for themselves what is good and what is not?

Fortunately we have the Quran which guides us and gives us clarity on all aspects of life… In Ayah 177 of Surah AlBaqarah, Allah says:

Righteousness is not that you turn your faces toward the east or the west, but [true] righteousness is [in] one who believes in Allah , the Last Day, the angels, the Book, and the prophets and gives wealth, in spite of love for it, to relatives, orphans, the needy, the traveler, those who ask [for help], and for freeing slaves; [and who] establishes prayer and gives zakah; [those who] fulfill their promise when they promise; and [those who] are patient in poverty and hardship and during battle. Those are the ones who have been true, and it is those who are the righteous.

This is surely one of the most enlightening ayahs of the Quran which answers the question that has not been answered anywhere else. To understand this, we can divide it into some key points:

Faith is the seed from which grows the tree of a good person. It is like the soul of goodness. That is why the first thing Allah mentioned in this ayah is Faith in Allah, which is the primary quality of every Muslim, but do we really have it? Because faith in Allah does not just mean that you say these words, rather it means that pleasing Allah and avoiding his displeasure becomes the no-1 priority of your life. There is nothing more important to you than Allah and He should be the reason for you to even wanting to be a good Muslim.

Related: 10 Duas to Turn to During Anxiety

Although we do good in this world, our goal is the hereafter. This is important because if you do good without faith in the last day, then your good behavior will be conditional, you will only invest where you can get recognition or reward from people. But for a true believer, the day of judgement becomes the goal of life and he continues to do good unconditionally.

You cannot become a good Muslim if you don’t believe in the message of Allah which was brought to the Prophets by the angels. So it is this belief in the divine revelation that makes our hearts content on Allah’s supreme guidance and we become eager to follow the path that He prescribed for us in His Book.

We love to spend money on things that we love, but here Allah is motivating us that if we really want to be counted as “good” then we will automatically be eager to spend money from where we can earn Allah’s love, even if our ego becomes uncomfortable. For example, sharing wealth with close relatives. You see it is so easy to give charity to unknown people because there is no resentment, no negative feelings, but with close relatives, there is bound to be something or the other and our hearts refuse to open for certain people who might have hurt us in one way or the other. Attaining goodness is to give; not as a favour to them; but being thankful to them that they are a means to connect you to Allah even more deeply.  Your charity should extend beyond close relatives to orphans and the needy and even to travelers who might be well off and those imprisoned in debt or other difficult situations. This is the way to attain real goodness.

No amount of charity can compensate for these acts of worship which Allah made obligatory upon us. So even if a person is giving away so much of his time and money in charity, still he cannot be a good person unless he fulfills the commands of Allah. Even the word Muslim means someone who submits himself to Allah, so how can you be good without it?

This might look as a complete surprise to many people because typically when we think of a good Muslim, we either think of rituals or good behavior with people, but fulfilling promises? This never enters our definition of goodness because we seldom contemplate upon the fact that being committed to the promises we make and taking them seriously is the primary ingredient of an honest and reliable character.

We have all experienced that it is easy enough to be good in times of ease but as soon as difficulty strikes, then it takes extra effort to maintain our goodness. This is what Allah is saying here, that good people are those who can remain constant even in difficult situations, they pray even when sick, they give to others even when they have little, they smile even when the going gets tough because they know that sometimes it is the greatest act of charity to put someone else’s heart at ease through your pleasant expressions.

And then Allah concludes at the end that these are the people who have been true in their goodness and these are the ones who are the truly righteous.

May Allah help us to come out of our illusions and to follow the guidance from Allah so that we may become the examples of true and complete goodness to the whole world. Ameen.

Related Video: Who is a good Muslim – Mufti Menk

Women Honored in the Holy Quran Part 3: Aisha (RA)
An Nawawi’s Hadith #2: Hadith of Jibreel A.S [Part I]
The Mercy of Allah (swt) in the Quran and Sunnah