The Power of Forgiveness in Islam 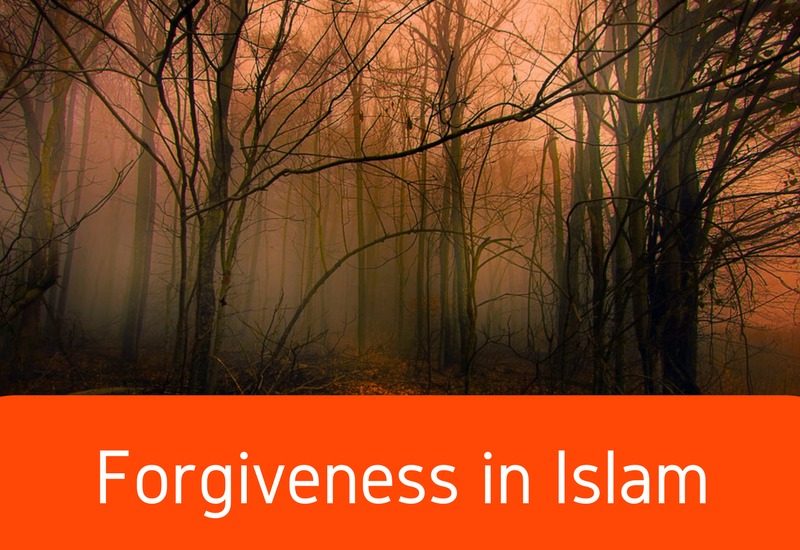 Say, “O My servants who have transgressed against themselves [by sinning], do not despair of the mercy of Allah . Indeed, Allah forgives all sins. Indeed, it is He who is the Forgiving, the Merciful.”

Understanding the Forgiveness in Islam

Throughout the Holy Qur’an, the Mercy of Allah and His Forgiveness has been mentioned a great many times and we can understand through the many examples that are given, that we must strive to be forgiving to each other as well. The beauty of Forgiveness in Islam can be understood from the verses of Surah Nuh:-

And said, ‘Ask forgiveness of your Lord. Indeed, He is ever a Perpetual Forgiver.

We must realize the depth of Allah Almighty’s Forgiveness by understanding the word “Ghaffara” غَفَّارًا here. Ghufoor is the one who forgives and Ghafaara is the one who continues to Forgive. Imagine the sins we commit in our daily lives, yet the Mercy of Allah is such that He would continuously provide Forgiveness. We often find ourselves in a place where we question if Allah will at all Forgive us for the sins we have committed but we must ask Allah to forgive us repeatedly, no matter how many times the sin is done. What we must carry in our hearts is the purity and the sincerity that we would avoid the sin at all costs while at same time seeking Allah’s Forgiveness, so that once our sins are forgiven, the sins that we have not yet committed, will be forgiven. Such is the Mercy of Allah Almighty!

Forgiveness for a New Muslim

Imagine the beauty of Allah’s forgiveness that when a non-Muslim enters the fold of Islam, Allah forgives all the bad deeds but leaves behind all the good deeds, and these good deeds would be taken into account on the Day of Judgement. It is as if one were to be born again but carrying years of good deeds with them. An example of this can be understood from the story of Khalid Ibn Al-Waleed (RA) who fought from the side of the polytheists in the Battle of Uhud and brought victory to his side. Later, Khalid (RA) arrived at Madinah and announced his acceptance of the Faith of Islam and the first thing he asked the Prophet (PBUH) was to pray to Allah seeking forgiveness for him. The Prophet (PBUH) replied by telling him that his acceptance of Islam meant that all his past sins were forgiven by Allah Almighty. Such is the Mercy of Allah!

The Pathways to Forgiveness

The pathways to forgiveness are many and all that is needed is our travelling of those paths. The bearing of good character and conduct results in forgiveness, if a person is truthful and upright with what they speak, they will be forgiven for their sins. Even when we turn to Allah and just do good deeds, Allah will not only forgive us for the sins we may have committed, but will also turn all our bad deeds into good deeds and on the Day of Judgement,  the goodness of our repentance will be shown to us.

There is mercy even for those who commit immorality and adultery. There are times when we commit such sins and find it even more difficult to repent, and at that moment if we turn to Allah for Forgiveness, not only will our sins be forgiven, but the Gates of Paradise will be opened for those who found it in them to finally seek Forgiveness. In this aspect of forgiveness lies an answer for Shaytan itself, who pushes us to believe that there is no scope for forgiveness left for us, yet however in the hands of The Most Gracious, The Most Merciful, there is always a place for Forgiveness.

The Power of Forgiveness in Islam not only lies in seeking the great Mercy and Forgiveness of Allah Almighty, but it also lies in being forgiving to each other as well. We must learn from the forgiving nature of Prophet Yusuf (AS) who looked upon his brothers and said Allah is Most Forgiving and never spoke about the wrong that they had committed against him. Prophet Yusuf (AS) was one of the most powerful men who could have sought retribution, but he chose to forgive and leave us all an example to learn from. No matter how a high position of power we may be in, the characteristic of forgiving one another should always be within us.

The need of forgiveness and the need to be forgiving is what makes us Muslim. In order to achieve peace and harmony, we need to forgive one another and hold no grudges against one another because surely these grudges are but chains that tie us down. We need to realize that there is great Mercy and Forgiveness in Allah Almighty and all that is required of us is to ask for it either through our words or through our actions. The power of forgiveness needs to be earned through the power of forgiving and by never losing hope in Allah’s Mercy.

Wish to Gain Allah’s Protection? Become a ‘Hafeez’!
Hijri Calendar
How Do I Show That I Love Allah?

One response to “The Power of Forgiveness in Islam”