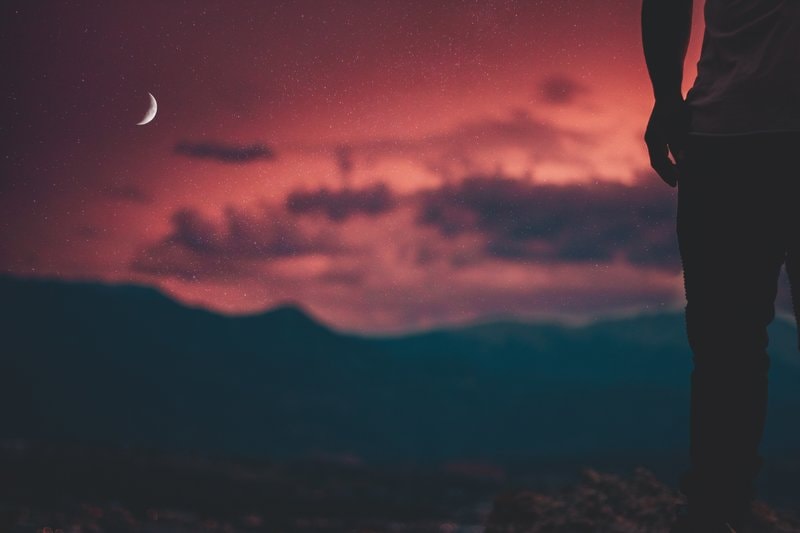 The human mind is a dynamic labyrinthine of emotions, continually at flow. When Allah ta’ala created humans, He instilled in us the extraordinary ability to feel. As well as this, He has gifted us the necessary tools to properly articulate these feelings in order to achieve favorable outcomes.

Along with feelings of love and compassion, the flawed human will inevitably experience the formidable feelings of anger. The American Psychological Association defines anger as “An emotion characterized by antagonism toward someone or something you feel has deliberately done you wrong.

Excessive anger can cause problems. Increased blood pressure and other physical changes associated with anger make it difficult to think straight and will harm your physical and mental health.”

If such feelings of resentment are given the freedom to thrive, it will emerge into a savage animal. It can potentially devour you whole and rob you of your intellect. Your anger should not have the liberty to dictate your actions. As trying as it is, it is imperative for the Muslim to discipline himself and restrain his anger.

Allah ta’ala says,“And hasten for the pardon of your Lord, and for Paradise extending over the heavens and the earth, laid out for those who take heed for themselves and fear God.  Who expend both in joy and tribulation, who suppress their anger and pardon their fellow man; and God loves those who are upright and do good,” (3:133,134).

Tenderness, mercy and managing one’s anger go hand in hand and are indicative of a righteous believer.

The Psychological Effects of Allowing Your Anger to Overtake You:

The perpetually angry person is not only detrimental to himself, but to those around him and to those close to him. Being angry is akin to being intoxicated. In both cases, the person no longer holds the steering wheel of his mind.

The ability to reason and distinguish right from wrong is extinguished. Not to mention some of the physiological effects of anger which include increased heart rate, high blood pressure, headaches, insomnia, and depression.

Anger acts as a thick fog clouding your thoughts until there is nothing left except the rage. With the loss of your ability to reason, follows the loss of control over your tongue and limbs. Anyone unfortunate enough to be in the vicinity of the angry person can be subjected to verbal and at times physical abuse.

The victims are usually the loved ones of the enraged. In the aftermath of a person acting upon their temper, they begin to develop feelings of deep remorse. However, more than often at this point, ties of friendship and kinship might already be severed. The long-term effects of allowing your anger to live a long life and bearing grudges are incredibly grave.

The negativity will swallow you up and instead you will view everything and everyone through a bitter lens. For this reason, The Messenger of Allah ﷺ said, “Anger is a burning coal. It burns in the heart.” (al-Tirmidhi and al-Bayhaqi).

You may also like: Psychological Wisdom in the Holy Quran

“Nobody swallows a more bitter pill than that of anger—seeking the satisfaction of Allah.” (Ibn Majah)

Letting go and practicing mercy in moments of extreme hurt is not an easy feat.

Nevertheless, this is exactly why it is so heavily rewarded by Allah ta’ala. Considering this, we can understand why controlling your anger is a part of Jihad Al Nafs ( The struggle against oneself).

To execute acts of revenge is considerably easy, however, to forgive and to restrain yourself when you have been wronged, takes a substantial amount of strength and faith. Often this is an act of great sacrifice in order to obtain the pleasure of Allah. The magnitude of this is will never go  unnoticed by the Lord of the Universe. One who can exercise forgiveness in light of the Sunnah is honored in the next life.

Ultimately setting your anger free is a means of tranquility for yourself. Once you have won the battle against your anger, you can channel your energy on productive matters, as anger is mentally draining.  Abu Hurairah (RA) narrated, “The Messenger of Allah ﷺ said, ‘The strong person is not he who has physical strength but the person is strong if he can control his anger.” (al-Bukhari and Muslim)

The entire deen of Islam encompasses the basic values of love, empathy, and clemency. We are instructed throughout the Holy Quran and by the Holy Prophet (PBUH) to be tender in  our speech and actions towards one another.

Do not be a puppet to your emotions, and give in to the desires of your anger. If you succumb to your anger, how can you put these values into practice?  If the Prophet (PBUH) is truly our example, then we will be humbled. Crude language and harshness in demeanor are contradictory to the teachings of Islam.

Even towards those who have cheated and ill-treated you, we are implored to deal with them in the mildest of manners. Firaun was the treacherous of all men, and yet Musa (AS) was instructed by Allah ta’ala to,“ Speak to him gently. He may possibly take heed or may come to have fear.” (20:44).

How Does the Prophet (PBUH) Advise Us to Remain calm?:

We are not simply commanded to remain calm. The Deen of Islam is all-embracing, with every injunction, there are invaluable tips on how to carry them out. The Prophet (PBUH) has enlightened us in various ways on how to achieve self-control over our anger:

Your soul was created for much more than what this life has to offer. Allah fashioned you so that you may remember and submit to Him alone. Taming your anger does not mean you suppress it and let it boil within you. That can cause it to manifest itself into a much more monstrous creature It means to reflect and remember Allah in moments of fury.

It means when you feel inclined to unleash that intense passion, you are able to recall your own faults and quickly humble yourself. Controlling your anger is remembering the bounties Allah has promised those who remember Him during such trials. It means to take that energy and convert it into goodness. We must be hyper-conscious of ourselves. How many times have we knowingly sinned and incurred Allah’s wrath?

Despite this He forgives endlessly, even when we are undeserving. So the next time someone angers you, bear in mind the vast mercy of Allah and impart that same mercy on them. Don’t let your anger cost you your Akhirah. Rather embrace it, fall to your knees and utilize it as a means to attain closeness to Allah.

How to Learn Quran Together as a Family
6 Effective Tajweed Tips for Beginners
Hadith #2: Hadith of Jibreel A.S [Part III]