Hadith # 4: Creation in the Mother’s Womb 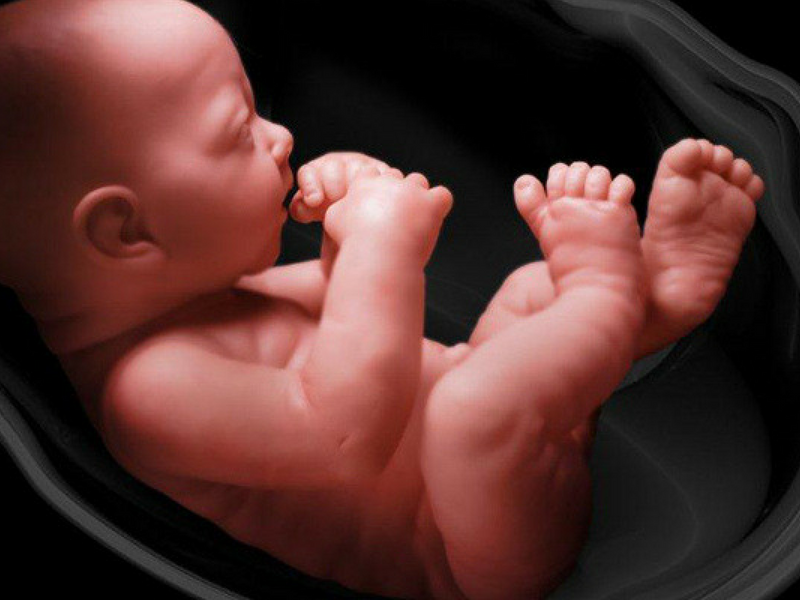 On the authority of Abdullah ibn Masud (may Allah be pleased with him), who said: The Messenger of Allah (peace be upon him), and he is the truthful and he believed, narrated to us:

Verily each one of you is brought together in his mother’s womb for forty days in the form of a drop of fluid (nutfah), then it is a clinging object for a similar period. Thereafter, it is a lump looking like it has been chewed for a similar period. The angel is then sent to him and he breathes into him the spirit. He is also commanded to issue four decrees: to record his sustenance, his life span, his deeds, and whether he will be unhappy (by entering Hell) or happy (by entering Paradise).

Al Qadhaah says, “The addition of the word nutfah is incorrect. It is not mentioned in any of the existing sources of the sunnah. However, it’s found in some of the books of the later writers, such as hadith number 4 of al-Nawawi’s 40 Hadith. It seems that is was mentioned to make the sentence clearer and then, afterwards people thought it was part of the hadith and included it as such.

While the original text makes it clear that fetus goes through all three stages in the first forty days, the added word gives a different meaning. According to the wrong narration, the stages take place in the first four months. It is clear in modern day science that such is not correct. This hadith also demonstrates one of the many scientific “miracles” that one finds in the hadith with authentic narrations.”

The Controversy over the Last Section of the Hadith

The Stages of Development

This hadith describes the beautiful stages of human development in the embryo, affirming what modern day science was only able to discover in recent times.

Here, the Prophet (ﷺ) uses the word “the” angel and not “an” angel. This signifies that the role of taking care and looking after the fetus is that of a specific angel.

This section of the hadith touches upon one of the most powerful aspects of human life, that of Divine Decree or Qadr, which highlights Allah’s supreme knowledge about everything that will ever occur in the universe. Here, while in the fetal state itself,

Some people however, fall into despair and misery while reading this hadith and assume that since everything is already recorded, there is no need for them to rectify their mistakes and correct themselves or strive to come closer to Allah and this deen. This understanding is incorrect.

If you are going with an attitude of, “If everything is already written down, why should I bother doing good deeds”, read on.

Allah Has Blessed You With:

This helps you distinguish between good and evil as is already mentioned and stated in the Quran and sunnah.

The Fitrah or Natural Disposition:

The innate ability that helps us to love the good and hate the evil.

Whether you want to do a good deed, an extra act of worship, ask for repentance or strive to learn more of this deen is in your hands, as Allah has given each one of us the free will, in order to see who amongst us will listen to His commandments.

Therefore, it is of utmost importance for you to understand that even though your Qadr has already been prewritten, Allah hasn’t left you alone here. He has blessed you with intellect, willingness to do things and natural disposition so you can be a better slave of Him.

The Gentle and Powerful Reminders of This Hadith:

We need to always be on guard, making sure we are constantly striving to do righteous deeds and stick to the straight path. Do not miss out on an opportunity to give some kind words of advice, or remove something harmful from the road, or give an amount in charity. Avoid talking harshly or rudely at people and put your best efforts in pleasing Him.

Each deed of yours is being recorded and you don’t want to be of those people who strived all their lives to do good and took one wrong step right at the end when the Angel of Death was near you. Always be mindful of the traps of Shaitan and his army by staying close to Allah, His book and His Messenger’s way of life: the sunnah.

We’ve always wondered how to reach a state of being in constant remembrance of Allah or developing taqwa, where the fear, hope and love of Allah is always there in our hearts. This hadith can help you achieve it. Nobody knows how our end in going to be or in what state the Angel of Death is going to take our souls away, therefore, this hadith should serve as a constant reminder of the brevity of life and how quickly we might be caught in doing something unlawful, speaking something unlawful or seeing something unlawful, therefore, this hadtih unconsciously helps us to be in a state of God consciousness at all times. By simply asking ourselves before performing any deed or uttering any word whether Allah would be pleased with this deed or word or action is a powerful and easy way to stay close to what pleases Him, and attain taqwa.

We are humans; therefore, sinning or doing something wrong is normal. However, this hadith should push you forward in asking Allah’s help in aiding you to do good until your last breath. Always remember to ask His help in doing things that pleases Him and also beg Him to take your soul away when you’re doing something that pleases Him, making you receive His Mercy. Your call of help is only one dua away and dua is a powerful act of worship.

This hadith serves as powerful reminder for two kinds of people: