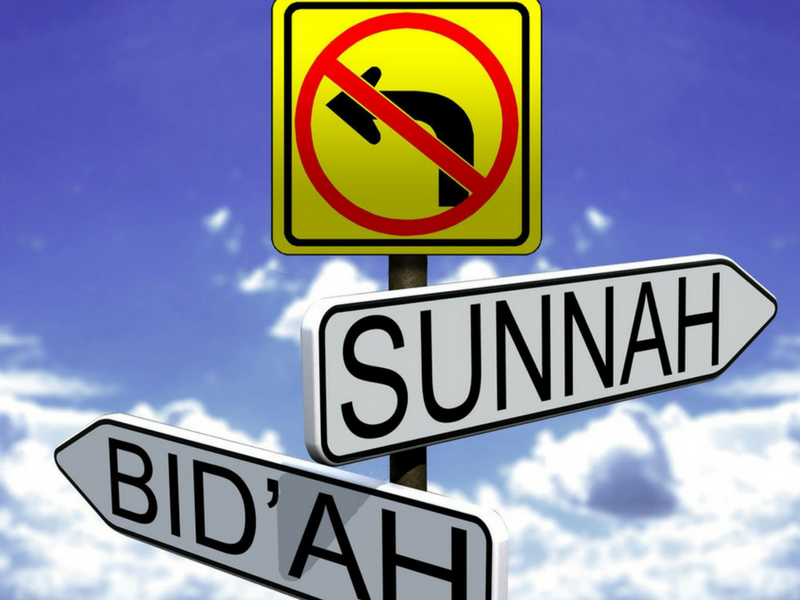 On the authority of the Mother of the Faithful, Aisha (May Allah be pleased with her) who said: The Messenger of Allah (ﷺ) said: “Whosoever introduces anything into this matter of ours (i.e. into Islam) that is not from it shall have it rejected.” [Al-Bukhari and Muslim]

According to the version in Muslim, (it reads): “Whoever does an act that is not in accord with our matter will have it rejected.”

Importance of This Hadith:

Just as the first hadith spoke about the intentions and internal aspects of the acts and deeds of mankind, this hadith concentrates on the external acts performed by mankind. Therefore, the internal and external deeds complement one another, ensuring that they are both in accordance to what Allah (swt) has ordained.

“Introduces”: This word implies anything new, created or not previously established or practiced. This hadith complements the verse in Quran (al Maaidah, Verse 3) and puts forth a very important aspect: in that it reiterates the fact that Islam as a religion is complete, making it the only religion which doesn’t not require any addition, subtraction or modification in order to fit in or change with time or society.

This is in reference to the religion of Islam. Al-Shaukaani points out that what is meant by “matter” here is the way of life and beliefs that were being followed by the Prophet (ﷺ ) and his companions.

“…Shall have it rejected…”

The introduced act will be rejected and will not be accepted as an act of worship. Therefore, a person doing it will not be rewarded for it, and in some cases could be punished for doing it if he/she does it on purpose and after having knowledge that he/she wasn’t supposed to do it.

For example, a person performing salat without making wudhu/ablution on purpose could be punished for it.

It’s important to note that there were two types of actions done by the Prophet (ﷺ):

Customs and traditions vary from one country to another, and are named as “urf”. These can be practiced and followed so long as they don’t contradict the Quran and sunnah. Additionally, the Prophet (ﷺ) did certain things because it was customary in his region to do so. These were not considered acts of ibadah. For example, the Prophet (ﷺ) wore a turban as was the custom in his place, therefore, someone not wearing a turban (because it’s not in his country’s custom) does not make him a sinner. Additionally, if someone wears a turban thinking it’s an act of worship because the Prophet (ﷺ) wore it, is wrong in thinking so.

This hadith speaks in general about the first point, i.e., acts of ibadah/worship. Here, our Prophet (ﷺ) has clearly specified what is and isn’t allowed, and therefore, no modifications can be done to it.

Ibn Uthaimeen (RA) states that are five conditions that an act must be in accordance with, for it to be considered valid. They are:

Our Prophet (ﷺ) has taught us how to perform prayer, how to do ablution and ghusl, how to perform Hajj and how to fast and break one’s fast amongst various other acts of worship. If you are not sure about how to perform a certain act, you must always check out the authentic hadith narrations to perform it rather than innovating something according to your heart’s desire.

How Do I Distinguish Between Acts of Ibadah and Cultural Practices?

You might be confused and not know how to distinguish between acts of ibadah/worship and those that were done by the Prophet (saws) because it was simply in his culture and/or tradition to do so.

According to the majority of scholars:

If the Prophet (saws) specified that one will be punished for failing to do a particular act or deed, it is considered an act of ibadah.

Imam Al-Shatibi goes on to say that if you do certain acts/deeds thinking/assuming that they are worship but in reality, neither the Prophet (saws) nor Allah swt commanded us to do it, it is considered bid’ah.

The Ease of our Religion

It is recommended to prefer the easy way out and not put yourself or your body through rigorous and extensive hardship, thinking that it adds weight to your worship/ibadah. Our religion is based on ease. (Surah al-Maidah 5:Verse number 6.)

Example: Once, the Prophet (ﷺ) saw a man standing in the middle of the street right under the sun. When asked, he was informed that the man had made a commitment to fast while standing in the sun. The Prophet (ﷺ) ordered him to get out of the sun, sit in a shaded area and continue fasting so as to not put himself through unwanted hardship. [Recorded in Abu Dawood]

This hadith specifies that any deed that is not in accordance with sharee’ah will have it rejected. This hadith also goes on to place incredible importance on the need to acquire knowledge from authentic sources. Therefore, let us make an effort to learn and stick to what the Prophet (ﷺ ) commanded and stay away from doubtful matters that have no basis in the Quran or Sunnah.

How you can connect to Al Kawthar
5 Islamic Parenting Tips From the Sunnah
Hadith #2: Hadith of Jibreel A.S [Part IV]