Hadith #3: Islam Is Built On Five 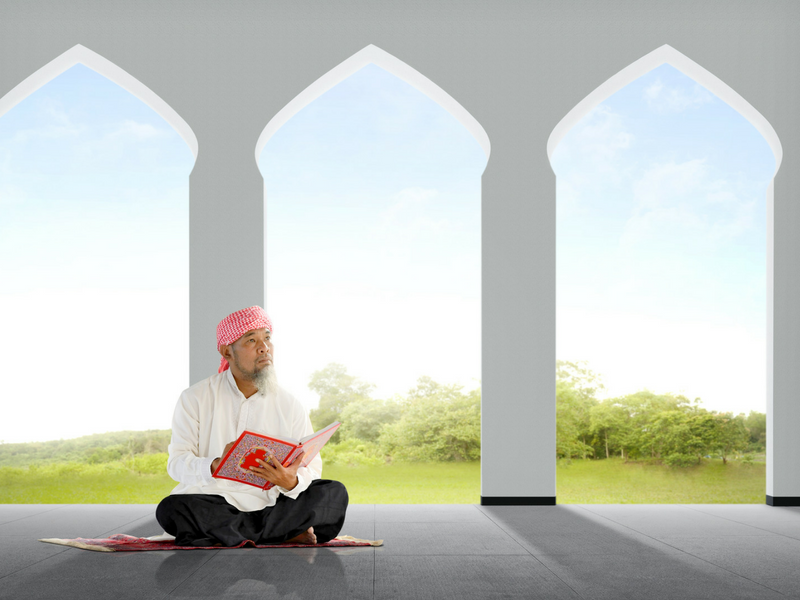 On the authority of Abdullah ibn Umar ibn Al-Khattab (may Allah be pleased with him) who said: I heard the Messenger of Allah (ﷺ) say:

“Islam is built upon five [pillars]: testifying that there is none worthy of worship except Allah and that Muhammad is the Messenger of Allah, establishing the prayers, giving the Zakah, making the pilgrimage to the House and fasting in the month of Ramadan.” [Bukhari & Muslim]

Importance of This Hadith

This is similar to a building which can pass some of the most severe tests and stand tall if its foundation is strong. A building having a weak foundation will crumble and fall at the slightest push.

Similarly, if your submission towards Allah swt is strong, you can pass through any trials big or small. When your foundation is weak, you’ll find yourself falling apart even when a minor calamity strikes you.

So how do we get our foundation strong?

You need to first understand and get the basics of Islam right. Learning the fundamental aspects of this deen is crucial in kickstarting a journey that will help you submit to Allah’s will, even if you “dislike” the situation you’re facing at this point of time.

So what are these foundations? We shall look at them in detail now.

“Islam is built upon five [pillars]:

Did you notice how our Prophet (saws) used the word “built”? He (saws) is using a beautiful analogy to compare the tenets of Islam to a building built upon five pillars. This goes to show that even if you neglect or miss out on one pillar, your foundation becomes weak, in turn, making your building weak. If any of these pillars are missing, the house stands imperfect and deficient as each pillar complements and supports the other.

The shahadah or the testimony of faith makes the first pillar of Islam. This testimony is a Muslim’s key to paradise.  However, every key has a few ridges to it. Similarly, this testimony also has certain conditions which need to be fulfilled, in order for you to use this key and open your house in paradise.

There are nine conditions to fulfill “there is none worthy of worship except Allah”. They are:

So how do we put this into practice?

Hold on to the sunnah and don’t say “Well, it’s just a sunnah”.

So what does it mean to establish prayer?

Scholars say, to establish prayer is to:

The one who performs his prayer while only being preoccupied with Allah and is therefore rewarded and brought closer to Allah.

Our Prophet (ﷺ ) said:  “The covenant that distinguishes between us and them is the prayer, and whoever neglects it has disbelieved (become a kaafir).” (Ahmad)

This means that purposeful abandoning of salah takes you out of the fold of Islam. Isn’t it amazing that salah, an act of worship that brings nothing but blessings, mercy and ease in our affairs, is often pushed aside to be performed at the last minute, or in worst cases, not performed at all! All it takes is about 10-15 minutes of your time! Prioritize!

Zakah linguistically means to purify, to grow, to bless. However, in the shariah, it is to give a specific portion of one’s wealth to a certain group of people at a certain time of year.

“…making the pilgrimage to the House…”

This to undertake a journey to Makkah during the month designated for performance of Hajj, making it another act of worship for the sake of Allah.

This is an obligation we all need to fulfill provided we are financially, physically and mentally capable of doing so. A large number of people have a misconception of delaying Hajj until they reach old age. This has no basis in the sunnah and is highly discouraged. If you have the means to do so, do it immediately!

“…fasting in the month of Ramadan…”

The linguistic meaning of “siyaam/fasting” is to restrain oneself from something. The shariah meaning for this is to refrain from food, drink and sexual intercourse from dawn to sunset.

Fasting can be split into three levels as follows:

Perfecting these five pillars takes time, effort and sincerity but when performed with the right intention of seeking Allah’s pleasure and reward, you can transform your life into one that reaches a high pinnacle in dunya and akhirah.

Free Quran Apps: How to Choose the Best App for Your Quran Learning
Ramadan Reminders: Be Simple and Consistent
Scientific Theories That Support Allah’s Existence