The Prophetic Way of Dealing With Enmity 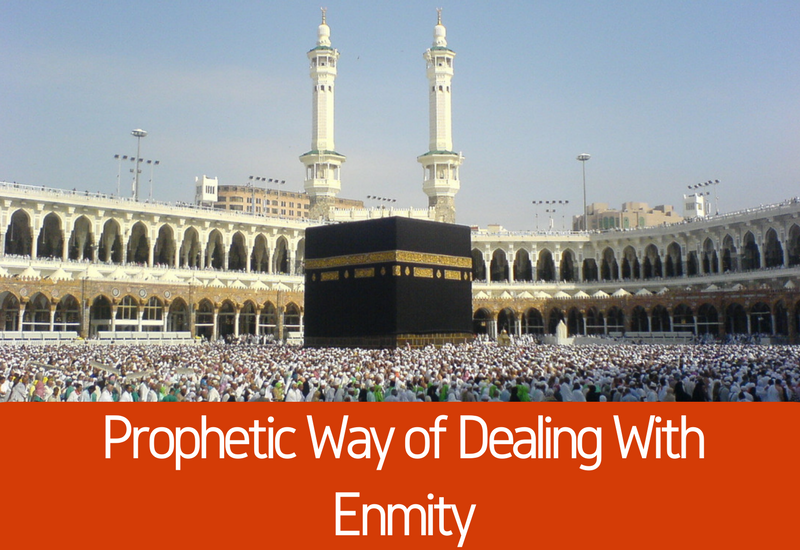 We Muslims are currently in an era where we seem to be the object of hatred for many people. We believe this animosity to be misguided, but in deciding on how best to respond, we should look at the way that the holy Prophet Muhammad (saw) dealt with insults in his lifetime.

If there was ever any Muslim that faced persecution and hatred, it was the Prophet (saw), and lessons from how he handled people and situations can teach us one or two things that are relevant in this age.

This was a huge part of the way that the Prophet (saw) responded to the actions of his enemies. Once he sought refuge in the city of Ta’if, away from the persecution of his people in Makkah, but as it turned out, the people of Ta’if were equally unwelcoming as they sent their young ones to stone the Prophet(Saw) and chase him out of the city.

Many of the people who hated the Prophet(Saw) in his lifetime, ended up converting to Islam, especially the people of Makkah. And one thing that may be of interest to us is that a person may hurt you in a way that is indescribable, but you would still find it in your heart to forgive them, even if you are not able to get past the hurt.

Such was the case of Wahshi, an enemy of Islam who later accepted Islam. During his time as an unbeliever, Wahshi killed the Prophet’s uncle, Hamza. When Wahshi became a Muslim, he sought forgiveness from the Prophet(Saw), and the Prophet(Saw) forgave him. The Prophet(Saw) however requested that Wahshi hides his face from him (seeing him will remind the Prophet of what he did to his uncle). (Bukhari)

Naturally, it may hurt to forgive an enemy, but it is the most rewarding to do.

It may seem counter-intuitive for us in this age, but the Prophet was known to pray for his enemies a lot. Umar ibn Khattab (ra) was a staunch enemy of Islam before his conversion. The Prophet prayed that Allah (swt) should strengthen the Muslims through the conversion of Umar, and on the day that Umar set out to kill the holy Prophet, he happened upon his own sister reciting the holy Qur’an and he converted to Islam.

A similar example happened with the conversion of Amr bn Al As, another enemy of Islam. When Allah (swt) decreed that it was time for Amr to accept Islam, despite his well-known hatred for the Prophet, he walked up to the Prophet and declared the oneness of Allah (swt).

The holy Prophet (saw) never retaliated against an enemy, except in situations where an enemy had initiated a war and the Muslims had to defend themselves.

There were people who would throw dirty things at the Prophet, leave garbage in front of his house, or call him many obscene names. Not once did he ever retaliate by throwing things back, calling them names or anything of such. Even more, he always encouraged the Muslims to never repay evil with evil whenever someone had wronged them.

He Gave Enemies Their Rights

When we know that someone hates us, we don’t want to have anything to do with them. We don’t even acknowledge them. But the Prophet (saw) treated everyone with dignity and justice whether they loved him or not.

If something belonged to an enemy of Islam, he never took it from them with force, neither did he conquer the lands of the unbelievers with force. As we know, he wrote letters to Kings in the Arabian Peninsula and outside of it, inviting them to the message of Islam.

A lot of the life of Prophet Muhammad (saw) continues to be a source of inspiration for us as Muslims. He was the best of mankind, and even though a lot of us will like to argue that no one can have the level of patience and forbearance that the Prophet (saw) had, as followers of his Sunnah, we can still find it in us to practice those traits of his that turned even the staunchest of critic to his companion.