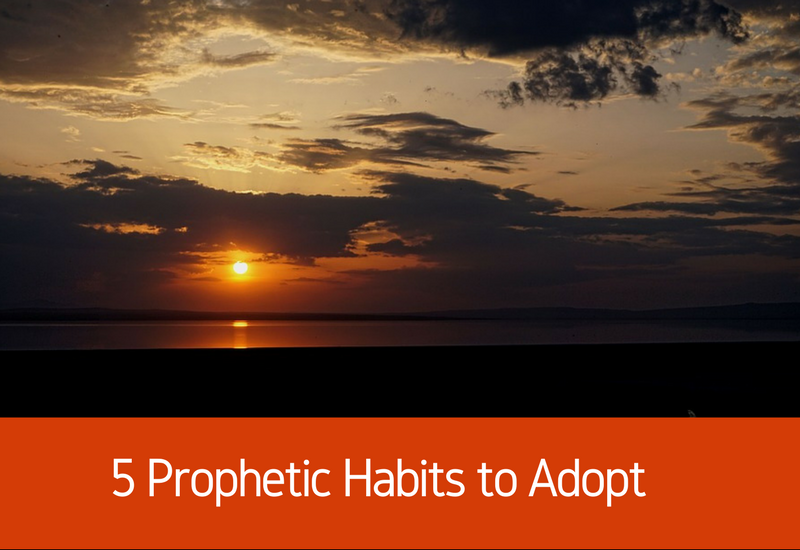 When we talk about Prophet Muhammad (saw), there are many names to call him and so many attributes. He was the friend of Allah (swt), the seal of messengers, the noble one and the just one. Scholars in Islam refer to him as the best of mankind and the leader of the sons of Prophet Adam (as).

What made the Prophet so lovable to everyone who met him? Granted, he was a special messenger of Allah (swt), but the Prophet also had noble habits that endeared him to many, brought many to Islam, and caused respect from even those who hate him.

Even though no one can be like the Prophet(saw), we as Muslims can emulate some of his habits in our daily lives.

It is known that the holy Prophet(saw) used to retreat to the cave of Hira to seclude himself and meditate. In fact, it was on one of these occasions that angel Jibril appeared to him with the first revelation of the holy Qur’an.

The habit of self-reflection is one that we need in this fast-paced world of ours. Once in awhile, we need to slow down, contemplate on our purpose in life, and reconnect with who we are. Because it is very easy to keep rolling with the demands of our age that connecting with who we are becomes difficult.

Self-reflection is very important for every Muslim, and as the holy Prophet(saw) took himself out of the world to ponder every now and then, so should we. It will keep us grounded, focused and more in tune with our purpose.

You do not have to sit in a place for some time, doing nothing, you can use your self-reflection time to read the Qur’an and ponder on the meaning, or recite duas that remind us of the greatness of Allah (swt).

The Prophet was known to pray a lot during the night. Sometimes, he would offer up to thirteen rakats, and there are accounts of him reciting several chapters of the holy Qur’an in one night of prayer.

Neither the Qur’an nor the Sunnah of Prophet Muhammad(saw) made tahjud (or qiyamul-layl) compulsory, but as the Prophet has said in various instances, the night prayer is a blessing for us to engage in.

This is the time that Allah (swt) descends to the lower heavens to accept supplications of his worshippers (Bukhari), and we should make a habit of observing tahjud as much as we can.

Related: What do you Know About Prophet Yusuf (AS)

Giving Attention to Everyone

Why did he think that he was the most beloved to the Prophet? Because whenever the Prophet met anyone, he treated them like they were the most important person to him.

Regardless of the age, tribe, or color, the Prophet(saw) greeted everyone and made them feel as if they mattered. When explaining the character of the Prophet, scholars would say that whenever the Prophet was talking to someone, he would turn the whole of his body towards that person to show that they had his full attention.

This is a habit that the Prophet practiced during his lifetime, and which we can emulate as followers of his Sunnah. He was polite, and everyone was equal in his eyes. He gave attention and made people feel loved.

One of the habits of the holy Prophet was to give out gifts. We were told “Exchange gifts because it endears you to one another” (Al Adab al Mufrad). The Prophet was never a hoarder, neither was he materialistic. Whatever he had, he shared it with his companions no matter how little.

Also, in the spirit of sharing, the Prophet hardly ate alone. If anyone brought a gift of food while his companions was with him, he would share it with them.

One of the things that the holy Prophet Muhammad was best known for was his smile. Abdullah ibn Haarith radiyallahu anhu reports, I did not see anyone who smiled more than Rasoolullah sallallahu alaihe wasallam.(Shama’il Muhammadiyyah)

Smiling is sunnah, and it is a habit from the life of Prophet Muhammad(saw) that we should emulate. It endears people to you and give off the vibe of a person that is loving, peaceful and comfortable to be with.

One response to “5 Prophetic Habits to Adopt”