For the Sake of Allah 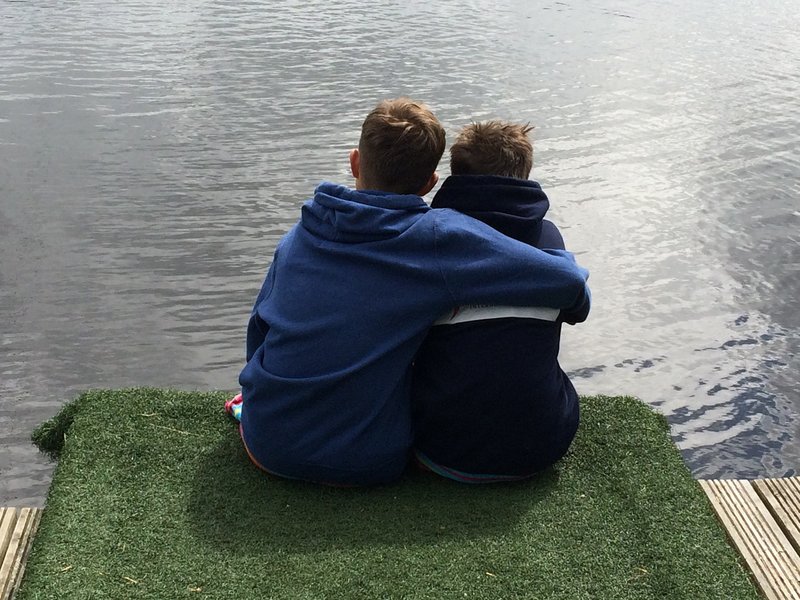 “I love you for the sake of Allah” is a compliment we sometimes pay to our brothers and sisters in Islam. We might not even realize what a tremendous statement we’re making, if we mean it from the heart. You love someone because of their nearness to Allah and your mutual roles as slaves of Allah that unite you into brotherhood. You love them because they bring you closer to Allah, and in doing so, you make the relationship between you and them a huge blessing in your life.

What should a friendship for the sake of Allah look like?

Let’s find out what the sunnah says about it.

When we make dua for someone in their absence, the angels make the same dua for us.

This beautiful story tells us of the status of a person who goes to visit someone he loves for the sake of Allah.

“A person visited his brother in another town and Allah deputed an angel to wait for him on his way and when he came to him, he said: Where do you intend to go? He said: I intend to go to my brother in this town. He said: Have you done any favour to him (the repayment of which you intend to get)? He said: No, except this that I love Him for the sake of Allah, the Exalted and Glorious. Thereupon he said: I am a messenger to you from,Allah: (to inform you) that Allah loves you as you love him (for His sake).” (Muslim 2567 a)

You may also like: 8 Everyday Dhikrs to Glorify Allah SWT

On the Day of Judgment

The Prophet (SA) told us about seven kinds of people who will be under the protection of the Shade of Allah’s Throne on the Day of Judgment. And one of these is “two persons who love and meet each other and depart from each other for the sake of Allah” [Al-Bukhari and Muslim, qt in Riyad al-Salihin Book 1, Hadith 659)

“Allah, the Mighty and Sublime, said: ‘Those who love each other for the sake of My Majesty shall be upon podiums of light, and they will be admired by the Prophets and the martyrs.'” (Tirmidhi 2390)

“Verily. Allah would say on the Day of Resurrection: Where are those who have mutual love for My Glory’s sake? Today I shall shelter them in My shadow when there is no other shadow but the shadow of Mine.” (Muslim 2566)

The reason behind your love for another person tells a lot about you. If you, for example, if you love a person because she is very rich, then there is perhaps a selfish motive behind your love (i.e. a hope that she will be of financial use to you).

If you love a person for the sake of Allah, it means that you love them because of their piety and the way they affect you and bring you closer to Allah. If that is what makes you love a person, then it shows the strength of your faith (Iman).

The Prophet (SAW) also said, “Whoever possesses the following three qualities will taste the sweetness of faith:

How often do you express your feelings of love? Did you tell the person you love them for Allah’s sake?

Mujahid narrated a personal story about this:

“One of the Companions of the Prophet (SAW) met me and took hold of my shoulder from behind. He said, ‘I love you,’ and he went on to say, ‘The One for whose sake I love you loves you.’ He continued, ‘If it had not been that the Messenger of Allah (SAW) said, “When a man has love for another man, he should tell him that he loves him,” I would not have told you.'” (Al-Adab Al-Mufrad 543)

It’s Sunnah to tell someone who tells you “I love you for the sake of Allah” the following:

Related Video: Two People Love Each Other for the Sake of Allah | Mufti Menk

Quran Academy Goes to MPowered Summit 2016, Dubai
How to Win a Meaningful Ramadan - Everytime!
The Virtues of Masjid al-Aqsa

2 responses to “For the Sake of Allah”