5 Beneficial Acts of Worship to Do in Dhul Hijjah 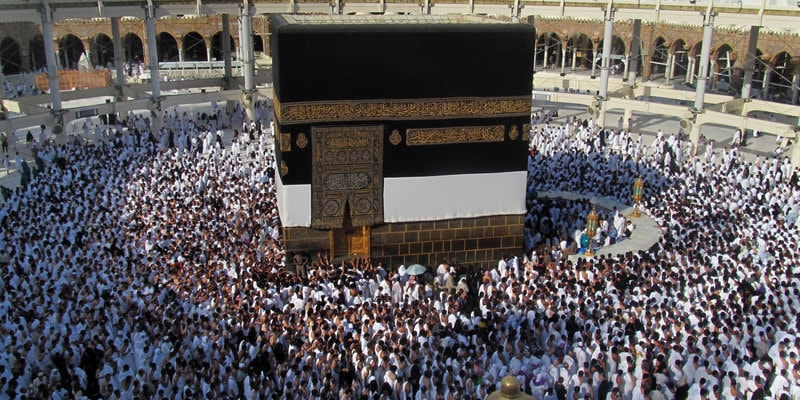 The month of Dhul Hijjah is one of the most sacred and blessed months in the Islamic calendar. It is the month of Hajj and the month of Eid al-Adha. This is the month in which the Messenger of Allah (Peace be upon him) has said:

As we begin the blessed first ten days of the month of Dhul-Hijjah, here are some reminders on acts of worship that a Muslim can engage in to earn reward during these days.

As the Messenger of Allah (peace be upon him) has reportedly said, fasting the first ten days is like fasting for a whole year. Do your best to fast in these first nine days before Eid, and even if you can’t fast all, it is highly encouraged to fast on the day of Arafah, the 9th day of Dhul-Hijjah.

Recite it while in commute on your mobile devices, spend some time with your Mushaf at home, and spend time contemplating the words of Allah (ta’ala) in these glorious days.

The takbir is one of the best words that our tongues can utter in these first nine days of Dhul-Hijjah.

“And remember Allah during the appointed Days” (al-Baqarah 2:203)

This is a time to constantly keep our tongues moist with the remembrance of Allah (ta’ala) and the best words that we can recite is the takbir:

There is no limit to how many times we can say it, neither is it restricted to a certain place. It is common practice to recite it on the day of Eid, when you are going to and coming back from the masjid, but this does not mean that we shouldn’t recite it at other times. Recite as much as you can in these first nine days of Dhul-Hijjah.

You may also like: For the Sake of Allah

The story of Prophet Ibraheem (AS) is poignant for us in the month of Dhul-Hijjah, and his obedience and reliance on Allah (ta’ala) forms the basis for us Muslims offering animals as sacrifice on the day of Eid.

Many Muslims believe that only a certain group of people offer the sacrifice, but this is not so.

The Messenger of Allah (ﷺ) said: “Sacrifice only a full-grown animal unless it is difficult for you, in which case sacrifice a lamb.” (Abu Dawud)

Islam is a religion of ease, and we have been granted the opportunity to do what we are capable of. But it is still important to not overlook this act of worship and fulfill it in the hope of earning rewards from our Lord.

The month of Dhul-Hijjah is a blessed month that even Allah (ta’ala) tells us about. It is a month that is full of events that shape our lives as Muslims and we should strive to seek out all the benefits of this month as much as we can.