Virtues of Studying the Quran 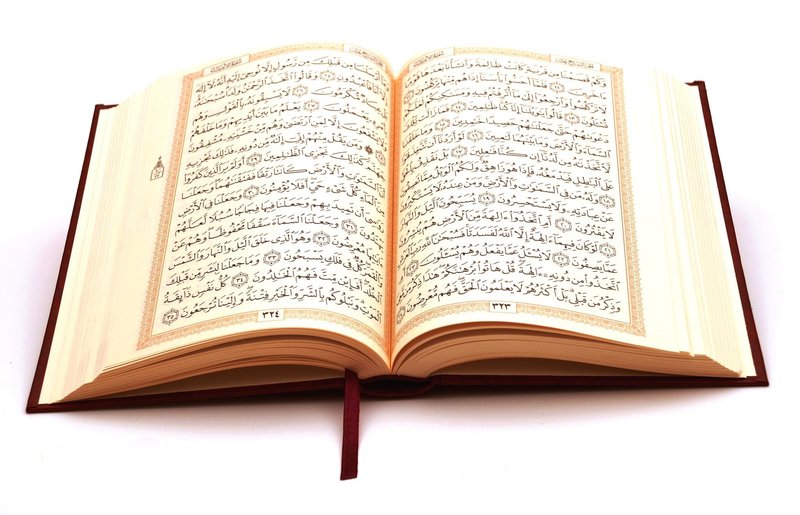 The Quran is a Book of Guidance. It is an essential manual that tells us how to live on this earth in the best way and how to be successful in the Hereafter. It is not sufficient to recite it; we need to understand it too. Studying the Quran includes reciting, memorizing, studying its message and implementing its lessons in our lives.

Here are some Hadiths to help us keep up our enthusiasm of getting close to the Quran.

The immense reward of connecting with the Quran can be guessed from the following Hadith.

“I heard ‘Abdullah bin Mas’ud saying: ‘The Messenger of Allah (SAW) said: “[Whoever recites a letter] from Allah’s Book, then he receives the reward from it, and the reward of ten the like of it. I do not say that Alif Lam Mim is a letter, but Alif is a letter, Lam is a letter and Mim is a letter.” (Tirmidhi Vol. 5, Book 42, Hadith 2910)

It changes your character

The Quran is a comprehensive book which tells us how to lead the best life. It is not just a bunch of moral codes. It is a teacher that makes us grow every time we come to it. It makes our morality grow and flourish just like rain does to plants.

The Prophet (SAW) said, “The best among you (Muslims) are those who learn the Quran and teach it.” (Bukhari 5027)

Your Intercessor on the Day of Judgment

The Quran will come on the Day of Judgment and intercede on behalf of those people who learned the Quran and applied in in their lives.

The Prophet (SAW) said, “The Quran and its people who applied it, will be brought on the Day of Resurrection preceded with Surat Al-Baqarah and Surat Al-‘Imran arguing on behalf of those who applied them.” (Muslim, qt in Riyad al-Salihin Book 9, Hadith 2)

You may also like: The Importance of Surah Ikhlas

The Status of the Reciter

The Messenger of Allah (SAW) said:

“It will be said to the companion of the Quran, when he enters Paradise: ‘Recite and rise one degree for every Verse,’ until he recites the last thing that he knows.” (Ibn Majah 3780)

He also said, “Such a person as recites the Quran and masters it by heart, will be with the noble righteous scribes (in Heaven). And such a person exerts himself to learn the Quran by heart, and recites it with great difficulty, will have a double reward.” (Bukhari Vol. 6, Book 60, Hadith 459)

Also: “Allah raises some people (in status) because of this book and brings others low because of it.” (Ibn Majah Vol. 1, Book 1, Hadith 218)

Consequences of Not Studying the Quran

We saw above some hadiths informing us of the great reward the Quran can bring in our lives. Now let’s look at the other side of the picture.

The Quran calls itself ‘huda’ which means ‘guidance’. It’s like a light which directs on to the right path in the midst of darkness. How can we expect to find the right path without that light? How can we willfully extinguish that light and wander around in the darkness?

“And the Day the wrongdoer will bite on his hands [in regret] he will say, ’Oh, I wish I had taken with the Messenger a way. Oh, woe to me! I wish I had not taken that one as a friend. He led me away from the remembrance after it had come to me. And ever is Satan, to man, a deserter.’ And the Messenger has said, ‘O my Lord, indeed my people have taken this Qur’an as [a thing] abandoned.’” (25:26-30)

“Indeed, We sent down to you the Book for the people in truth. So whoever is guided – it is for [the benefit of] his soul; and whoever goes astray only goes astray to its detriment. And you are not a manager over them.” (39:41)

Abandoning the Quran hardens the heart:

“Has the time not come for those who have believed that their hearts should become humbly submissive at the remembrance of Allah and what has come down of the truth? And let them not be like those who were given the Scripture before, and a long period passed over them, so their hearts hardened; and many of them are defiantly disobedient.” (Quran, 57:16)

Insha’Allah let’s pray to Allah SWT to help us establish a strong relationship with the Quran.

A Close Look at Surat al-Fatihah – Part 8
The First Revelation and its Glory
Women Honored in the Holy Quran Part 5: Zaynab Bint Jahsh

2 responses to “Virtues of Studying the Quran”