Prophet Ayub (AS) – What You Need To Know 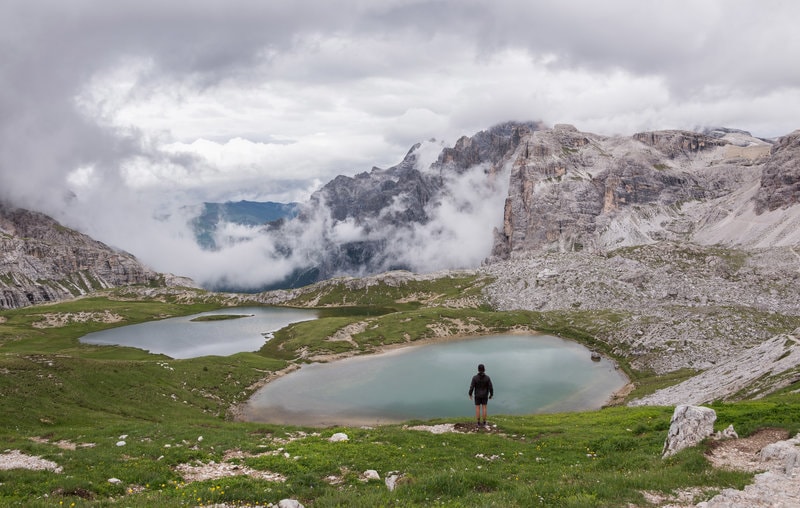 Today, let us look at the life of an incredible Prophet, a prophet who “had it ALL” but started losing things one after the other. How did he manage the difficulties that were piling up on his life? How was his faith- imaan high or low?

You see, when we are tested, there are a million things going on in our minds.

“Does Allah still love me?”

“Im praying, fasting, I do all the obligatory stuff…then why is Allah testing me with hardships?”

“You know that neighbor/friend/relative/cousin/stranger….they don’t even do 1% of the ibadah that I do, but how come they seem to be living such happy satisfied lives while I suffer?”

“Why should I even bother praying when all my pleas are going “unheard”?”

Yes, you might wonder if there is *someone*…*anyone* who will understand your pain and suffering?

Can your loved ones really grasp the enormity of your difficulties?

After all, who can understand heartache that’s strong enough to shatter even the strongest of men? Who can understand the silent yet powerful whispers of the soul telling you that there is literally no way out of this hardship because everywhere you turn, you only see closed doors.

What if I told you that there was a Prophet just as vulnerable and human as you are at this point of time, but he dealt with hardships and tests in a way only champions can deal with.

The life of Prophet Ayub (AS)

Ayub (peace be upon him) was sent to the people of Hooran, which was south of Syria. He was blessed with abundant wealth, livestock and large trucks of land. He was healthy and had many children. He was the most respected person amongst his people, and they took advice from him, looked up to him and would gather around him, just to be in his presence.

Allah decided to test Ayub (peace be upon him) to see how, a man who was in a constant state of worship and gratitude, would react to hardships and tests.

First, Ayub (peace be upon him) lost his wealth. His massive livestock died, his property and lands were taken away from him one after the other. He went from being immensely wealthy to someone who was staring at the face of poverty right in front of him. Imagine a wealthy man not having a single penny to eat his next meal.

Did he complain? Nope! He was thanking Allah and praising him!

Next, Allah tested him by taking away his children. His beloved children started dying right in front of his eyes, one after the other.

Did he sit heartbroken because he couldn’t bear the torture of having to bury his own kids with his hands? Nope!  He continued to praise and thank Allah, reaffirming the fact that everything belongs to Allah, and if He decides to take it away, it belongs to Him alone.

Have you been through moments when something goes wrong and you feel so dejected and heartbroken about it, that instead of running towards your prayer mat and beseeching Allah to help you, you turn away from Allah, and wonder what’s the point?

“What’s the point of praying or doing good deeds?”

Yup…those moments when we should increase in our supplications, we often find ourselves turning farther away from our only source of peace, comfort and help: Allah.

Next, Allah tested him with his health. As long as we have a healthy body, we find the strength to get back up and do our daily chores even when we have a hundred things going wrong. A healthy body helps us to continue with our day-to-day activities, like eating, drinking, sleeping, going to work, taking care of family, etc. But when you lose your health, everything goes downhill. You can’t take care of yourself or those around you. Even doing simple tasks like eating or bathing becomes difficult. No matter how difficult your other tests are, a body suffering from any kind of illness big or small will automatically have a huge impact on imaan levels.

Ayub (peace be upon him) was not tested with a small illness. He was tested with a disease that made others run away from him. No one wanted to be next to him, fearing that they might catch the disease.

Did he complain? Nope!

It was narrated from Anas ibn Maalik (may Allah be pleased with him) that the Messenger of Allah (blessings and peace of Allah be upon him) said:

“Verily Ayyoob, the Prophet of Allah, suffered his trials for eighteen years, when he was shunned by relatives and strangers alike, except for two of his brothers who were among the closest of his brothers. They used to come to him in the morning and in the evening. One of them said to his companion: Do you know, by Allah, that Ayyoob must have committed a sin that no one else ever committed? His companion said: Why is that? He said: For 7 years, Allah has not shown mercy to him or granted him relief.

When they went to him in the evening, the man could not keep from telling him about that. Ayyoob said: I do not know what he is talking about, but Allah knows that I passed by two men who were arguing, and they mentioned Allah, I would go back to my house and offer expiation on their behalf, because I did not want Allah to be mentioned except in a proper manner…” (Narrated by Abu Ya‘la in al-Musnad, 6/299; Ibn Hibbaan in his Saheeh, 7/159; al-Haakim in al-Mustadrak, 2/635)

He never once uttered words that would displease Allah. The only one who supported and stood by his side was his wife. She took up odd jobs to earn money and support her husband, but soon after, people did not want to be associated with her or come near her because they were scared that she could be carrying the disease too.

When did he call out to Allah?

Ibn Asaker narrated: “Ayyub was a man having much wealth of all kinds; beats, slaves, sheep, vast lands of Haran and many children. All those favors were taken from him and he was physically afflicted as well. Never a single organ was sound except his heart and tongue, with both of which he glorified Allah, the Almighty all the time day and night. His disease lasted for a long time until his visitors felt disgusted with him. His friends kept away from him and people abstained from visiting him. No one felt sympathy for him except his wife. She took good care of him, knowing his former charity and pity for her.”

She said to Ayyub: “How long are you going to bear this torture from our Lord? Are we to remain without wealth, children or friends forever? Why don’t you call upon Allah to remove this suffering?”

Ayyub sighed, and in a soft voice replied : “Iblis must have whispered to you and made you dissatisfied. Tell me how long did I enjoy good health and riches?”

Then Job replied: “How long am I suffering like this?”

Ayyub then told her: “In that case I am ashamed to call on my Lord to remove the hardship, for I have not suffered longer than the years of good health and plenty. It seems your faith has weakened and you are dissatisfied with the fate of Allah. If I ever regain health, I swear I will punish you with a hundred strokes! From this day onward, I forbid myself to eat or drink anything by your hand. Leave me alone and let my Lord do with me as He pleases.”

Crying bitterly and with a heavy heart, she had no choice but to leave him and seek shelter elsewhere.

In this helpless state, Ayyub turned to Allah, not to complain but to seek His mercy: “Verily! distress has seized me and You are the Most Merciful of all those who show mercy.” so We answered his call, and we removed the distress that was on him, and We restored his family to him (that he had lost), and the like thereof along with them as a mercy from Ourselves and a Reminder for all who worship Us.” (Ch 21:83-84)

Almighty Allah also instructed: “Remember Our slave Ayyub, when he invoked His Lord saying: “Verily! Satan has touched me with distress (by losing my health) and torment (by losing my wealth)!” Allah said to him: “Strike the ground with your foot: This is a spring of water to wash in and cool and a refreshing drink.” And We gave him back his family, and along with them the like thereof as a Mercy from Us, and a reminder for those who understand. (Ch 38:41-43) [http://www.islamawareness.net/Prophets/ayoub.html]

The moment Ayyub struck his feet on the ground, Allah instructed him to wash himself with the water that was gushing forth. Soon, his health was restored to such an extent that when his wife came back, she could not recognize her husband! Allah restored his wealth, livestock, and lands. He was again blessed with many children.

Lessons to be derived:

#1 No hardship will last forever

Do you believe the words of Allah? Yes? Then, you must believe Him when he says “With hardship is ease”. No matter how dark the day looks now, you will find sunshine peeping through sooner rather than later. Continue your dhikr, dua, salah and tawbah…these are means for you to get closer to Him in unbelievable ways.

As recorded in Bukhari and Muslim: The Prophet (sallallaahu ‘alayhi wa sallam) said:

When you feel you are being tested continuously, it does not mean Allah does not love you.  Whenever a believer is tested with hardship, Allah removes his sins, making his book of records clean.

#4 One step closer to Jannah

In another version of this narration, the Prophet (peace be upon him) says:

Allah goes on to say…

“And certainly, We shall test you with something of fear, hunger, loss of wealth, lives and fruits, but give glad tidings to the patient ones” (Qur’an, 2: 155).

This dunya is temporary while paradise is eternal. Where do you wish to experience bliss..here or the hereafter?

We have great lessons to learn from the lives of our dear Prophets. When we are faced with trials and difficulties, we wonder about secret formulas or dua’s that can take us out from distress. But the more you learn about how the Prophets and other pious people dealt with hardships, you will have answers lying right in front of your eyes to deal with this dunya.

Related Video: The Patience of Prophet Ayub (AS)

8 Everyday Dhikrs for Muslims to Glorify Allah (SWT)
Getting Your Children Interested in Quran through Stories
Stories of the Prophets: A Lesson in Tawheed

One response to “Prophet Ayub (AS) – What You Need To Know”