What do you know about Prophet Yusuf (as)? 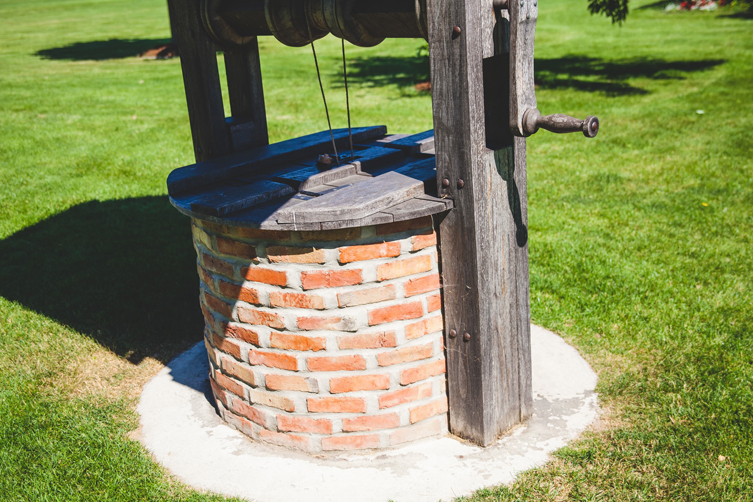 We relate to you, [O Muhammad], the best of stories in what we have revealed to you of this Quran although you were, before it, among the unaware. (12:3)

Allah in His infinite mercy has sent down stories in the Quran as a guide for us Muslims. From Adam to Abraham, Nuh, Lut, Musa, Yusuf, Isa, and all the other prophets and the times they lived in, the Quran relates to us events that have not only shaped the history of Islam, but that also serve as a guide for us on the best ways to live as Muslims.

The story of prophet Yusuf (as) is no different, and looking at his life from the Quran, we hope that we can take a few lessons for our own selves.

“He said, “[I seek] the refuge of Allah. Indeed, he is my master, who has made good my residence. Indeed, wrongdoers will not succeed.”(12:23)

The wife of King Al-Azeez had seduced Yusuf, but because of his belief in Allah, he rejected her advances and stayed upon the truth. He affirmed his belief even as all her evil plots landed him in prison for a crime that he did not commit.

All through the life of prophet Yusuf, he maintained a type of faith that Muslims aspire to reach. He was thrown in the well to die, accused of adultery, and imprisoned. But in all of these trials, his heart remained firm on the oneness of Allah.

A Muslim can go through a lot in life that makes you feel like there is too much difficulty, and this can threaten to affect your belief in Allah. But remember that Allah tests those whom he loves, and like Prophet Yusuf, there is relief and happiness to follow any trial.

Related: Know About Prophet Ayyub (AS)

When the brothers of Prophet Yusuf found out that the brother they had thrown in the well several years ago is the same man from whom they are begging for sustenance, they were filled with remorse.

They regretted their actions, but what was most inspiring in this story is how Yusuf forgave them even before they asked for it.

“He said, “No blame will there be upon you today. Allah will forgive you; and He is the most merciful of the merciful.” (12:92)

These were brothers who out of the jealousy of their father’s love for Yusuf, conspired to throw him in a well and lied that he had been eaten by an animal. They essentially brought difficulty on Yusuf, and sorrow to their father. But before they could even ask, Yusuf forgave them for everything they did to him and treated them like family.

Forgiveness is an outstanding attribute for any Muslim. Not only does it remove hatred from one’s heart, it also earns the pleasure of Allah (swt).

Prophet Yusuf’s journey started when he had a dream that he related to his father. In this dream, he had seen eleven stars, the sun, and the moon all bowing down in prostration to him. As a father who was also a prophet, Yakub, Yusuf’s father understood the dream and its implications.

And like any parent who is committed to guiding his child, he listened to the dream and advised Yusuf.

“He said, “O my son, do not relate your vision to your brothers or they will contrive against you a plan. Indeed Satan, to man, is a manifest enemy.” (12:5)

Yakub didn’t shut his son down or consider his dream as inconsequential. He listened to him and gave him sincere advice.

As a parent, Yakub was forgiving of his older sons and didn’t stop trying to guide them towards the right path, even when he knew that they had wronged Yusuf. He never pitted them against one another and continued to ask Allah for forgiveness on their behalf.

The older sons committed a sin, acting out of jealousy. But as a parent, Yakub focused on guiding them to the right part instead of disowning them or placing curses on them. This is a model for Muslim parents. A child could have done something disappointing, but as parents, we should focus on helping them overcome the challenge of what they have done, with love.

Yusuf was a son much beloved to his father. But the jealousy of his brothers turned him into a slave who ended up in prison. His life became a far cry from what he was used to while growing up, but somehow by the mercy of Allah, he was raised in ranks and became a trusted man to King Al-Azeez.

After so much hardship, this was not a position that he could have expected for himself. But Allah in his infinite wisdom has set a course for every human, and only those who are patient and reliant on him are able to understand that whatever happens to a person has been predestined by Allah.

It is important as Muslims, to always acquaint ourselves with stories of people in the Quran, because as Allah has said: “There was certainly in their stories a lesson for those of understanding. Never was the Quran a narration invented, but a confirmation of what was before it and a detailed explanation of all things and guidance and mercy for a people who believe.” (12:111)

Have you read the story of Prophet Yusuf? What other lessons can you share with us in the comments below?

Women Honored in the Holy Quran: Part 1
The Prophetic Way of Dealing With Enmity
Lessons from the Lives of the Holy Prophets

One response to “What do you know about Prophet Yusuf (as)?”