Approaching the Quran? Keep these five points in mind 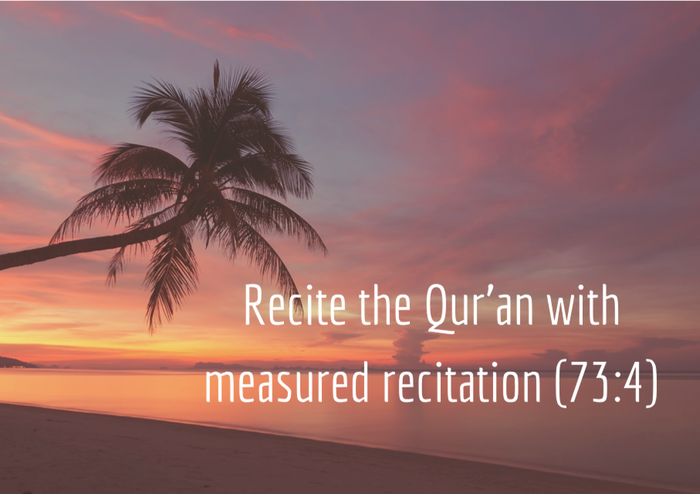 Whether you are a new Muslim, an old Muslim or a born-again Muslim; whether you are approaching the Quran for the first time or whether you open it every day, there are a few things that you must keep in mind in order to gain maximum benefit from the Quran.

Quran is like an ocean of immense treasures. Some are content with the fish while others dive deep into its beauties and uncover the precious gems and jewels hidden beneath. Which category do you wish to belong to? The fishermen group that is content with merely the Barakah and reward of recitation or the diver group that goes beyond to unveil treasures of wisdom and gain guidance, thus fulfilling the very purpose for which the Quran was sent?  If you associate yourself with the second group then this article is for you!

Every time you open the Quran, attend a Quran class or listen to an online Tafseer ask yourself the following questions:

1: Why am I approaching the Quran?

What purpose do I seek? Do I seek to merely recite mechanically with no definite purpose in mind or do I want to take guidance from the Quran and apply its teachings in my life? Take the example of a person who has lost his job. He may approach the Quran in two ways:

Today, our Ummah is a host to numerous problems because the majority has diverted away from the key to all solutions: taking guidance from the Quran. If the first generation of Muslims had approached the Quran for mere blessings, Islam wouldn’t have reached us. Instead, they transformed with every verse. Each verse altered their perceptions and actions. It was Quran that changed Umar bin Khattab into Umar al Farooq (the criterion). It was the Quran that changed the simple Arab shepherds into leaders for the coming generations.

There are numerous verses in the Quran that point to the fact that the Quran was revealed for guidance. Allah says in Surah ‘Ale Imran:

“This [Qur’an] is a clear statement to [all] the people and a guidance and instruction for those conscious of Allah.”
(Quran 3 : 138)

Prophet Muhammad ﷺ also described the people of Quran as those who act upon it:

“On the Day of Resurrection, the Quran and its people, those who acted according to it, will be brought forth with Surah Baqarah and Ale Imran preceding them.”
(Muslim)

Hence, the first point to keep in mind whenever we approach the Quran is that ‘I am approaching the Quran to find guidance for my life and to act according to the teachings of Quran.’

2: What attitude should I have towards the Quran?

All of us have a set of pre conceived notions and perceptions about life, Quran and Islam that we gather from our respective cultures and societies. If we read the Quran thinking that we already know the truth, we will not gain true benefit from it. We will only be able to grasp the message if we open our mind for it.

When approaching the Quran, we should cast aside our perceptions and try to understand the Quran as it was understood by the best generation of Muslims – the Sahaba. Moreover, when the Quran says something that contradicts our beliefs, it is our beliefs that we must change and not the Quran. Those who are not willing to accept the teachings as they are, try to twist them to suit their own and take verses out of context to justify their actions and positions. This leads to misguidance instead of guidance, and the Quran mentions that some people are indeed misguided by it.

Another important point that helps us gain benefit from the Quran is that it is the Book of Allah. While it may seem obvious, we tend to overlook. All the teachings, commands, prohibitions, wisdom and stories have been revealed by none other than Allah; the Creator of the Universe, The Most Knowledgeable, The Most Wise and The Most Loving.

Can He who loves you more than your mother command something that is harmful for you? Can He who is All-Wise and All-Knowing say something that is wrong? Whatever He has given us in the Quran is 100 % true and perfect. This is why Allah reminds us again and again that it is He who has revealed the Quran. For e.g. He says in the beginning of Surah Ghafir:

When we remember this, it removes all doubts and hesitation from our hearts, knowing that we are following nothing but true words.

Moreover, it also clarifies that the Quran is universal and for all times. Allah knew what was to come and He knows what is to come in the future. Quran is for the whole mankind till the last of days. It is likewise applicable in all places and in every era.

We should not rush with the Quran. Rather we must take the approach of quality versus quantity and follow the pattern followed by the Sahaba. Abdullah bin Mas’ud (r.a) said: “When a man amongst us learned ten verses [of the Quran], he would not move on [to the next verses] until he had understood their meanings and how to act by them.”

Also, Abu Abdur Rehman al-Sulami (one of the Tabi’oon) said: “Those who used to teach us the Quran (the Companions) told us that they used to learn the Quran from the Prophet ﷺ; when they had learnt ten verses they would not move on until they put into practice what was in them. So we learnt knowledge and deeds (implementation) together.”

When we read the Quran or listen to a Tafseer, we tend to think more about others than about ourselves. ‘Yes, xyz does this’, ‘xyz should listen to this’, ‘xyz possesses this characteristic’.

On the contrary, we must focus on ourselves because we are seeking guidance for ourselves. In every verse we must try and find what this particular verse has for me? What is Allah saying to me? What have I been doing up till now? How can I change myself according to this verse? How can this verse strengthen me? What former perceptions I had that this verse wants me to change. Hence, the focus should be ME.

May Allah grant us the true understanding of Quran, allow us to benefit from it, act upon it, share it with others and become of His special people; the people of the Quran.

2 responses to “Approaching the Quran? Keep these five points in mind”