Dowry in Islam? Yes… its Mahr! 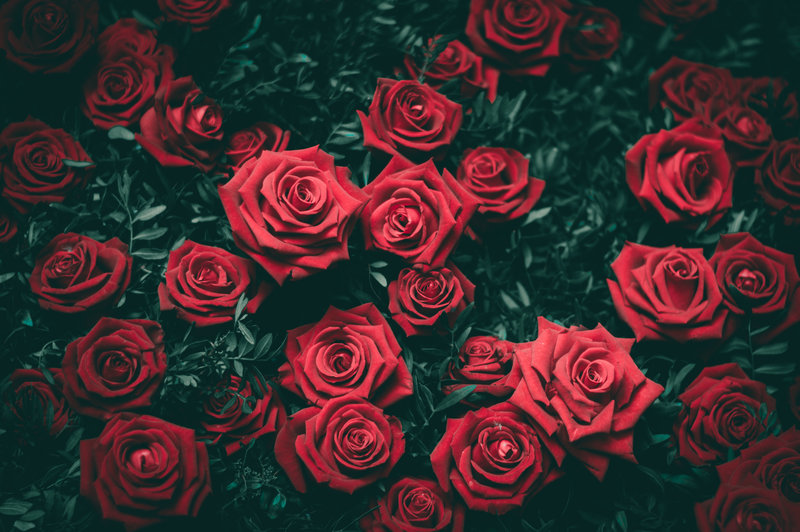 Dowry in Islam? Yes… its Mahr!

What comes to your mind when someone mentions the word ‘Dowry’?

Most folks would agree that it is not an appreciated practice in society wherein the girl’s parents are burdened with heavy amounts of debt to get their daughter married.

But what if I say that Islam does not prohibit it, instead has commanded for the same!

Does that sound strange or unfair? Then please go on reading further…

Unlike other cultures, Islam commands the opposite, i.e. the girl should receive the dowry from the husband. In Islam, this dowry is known as Mahr or Sadaq. It is the mandatory marriage gift to be presented by the husband to his wife at the wedding.

This Ayah makes the command for Mahr crystal clear. There is also a consensus among the various scholars on this command.

Some more evidences mentioned in the Quran are:

“And give them (the women that you marry) their compensation as an obligation.” ~ Quran (s. An Nisa : 24)

“So marry them with their people’s permission, and give them their compensation according to what is reasonable.” ~ Quran (s. An Nisa : 25)

Who has the right over Mahr?

It is solely the right of the girl. Without her permission, no one can touch it.

Now there are people who claim that the girl’s parents may have it without any permission and to prove that, the example of the marriage of Musa AS is presented wherein the father of the girl offered his daughter to Musa AS & asked him for some labor work as dowry.

Here there are many points to note – We do not know of the details of whether that did or did not include the girl’s agreement to it. The labor service may have profited the girl as well. And above all, this happened before the religion of Islam was established by the last & final Messenger & Prophet Muhammad ﷺ or the Quran was sent down, so the rulings applicable during that period might have been changed. Allah knows best.

The Mahr is a compensation that Allah has commanded to be given to the girl.

Allah says in the Quran :

“If you want to substitute one wife for another, and you have given one of them a Qintar, do not take back any of it. Would you take it in injustice and manifest sin? And how could you take it while you have intimately dealt with each other , and they (your wives) have taken from you a solemn covenant?” ~ Quran (s. An Nisa : 20)

{Qintar in this Ayah not only refers to the Mahr but also to the other gifts and items that the husband gives to the wife whom now he wants to divorce without a serious reason.}

The girl has the right to whether she wants to keep the dowry, share it with her parents or husband.

Allah says in the Quran :

“And give the women (upon marriage) their dowry as a free gift. But if they willingly give up any of it to you, enjoy it with pleasure and satisfaction. ” ~Quran ()

You may also like: How you can connect to Al Kawthar

What if it is taken away by compulsion?

None can touch the Mahr without the consent of the girl. This applies to anyone and everyone & not only the husband in particular.

Mahr is a debt upon the husband. It is a major sin to take away the Mahr without the girl’s permission.

The proof of this is a Hadith narrated by Ibn Umar RA who reported that Rasul-Allah Muhammad ﷺ said that:

“Indeed among the greatest sins before Allah is that of a man who marries a woman, and after he fulfils his need with her, he divorces her and takes away her Mahr; and a man who hires another man but does not give him his pay; and a man who kills an animal without reason.”

The above mentioned Hadith includes all reasons for which marriages take place for a short period of time. It also includes marriages done for the sake of obtaining citizenship of a country which is a common practice in some parts of the world.

The best time to handover the Mahr to the girl is at the earliest i.e. as soon as the Nikaah (execution of the marriage contract) takes place.

The proof for this is mentioned very clearly in the Quran where Allah says:

Another evidence is that when Prophet Muhammad ﷺ asked any Sahaba RA for what Mahr they could offer in their marriage, he would only ask for what they had at the time of marriage and not what they could promise for the future. For example, at the time of the marriage of Fatima RA to Ali RA, he ﷺ asked Ali RA for the same.

Postponing some or all of Mahr is not acceptable and it nullifies the very purpose of Mahr.

What if the dowry remains unspecified at the time of marriage?

If the Nikaah takes place without any specified Mahr at that time, it does not mean the wife does not have any right to Mahr. She can claim for that afterwards to the husband or take the matter to the Islamic Authorities. Therefore, at the time of marriage, the Wali of the girl should take care that the Mahr is mentioned and handed over.

“Indeed, Allah’s Messenger ﷺ gave me so-and-so in marriage but I did not then give her anything. Be my witnesses that I now give her as Mahr my share from Khaybar.”

A similar judgement concerning unspecified Mahr was also given by Prophet Muhammad ﷺ in the case of a woman named Baru bint Washiq of Ashja tribe.

What can a girl ask in her Dowry?

Now, this is the interesting part!

Did you know that Mahr could be something tangible or even something that is intangible?

Sahl bin Saad reported that a woman once came to the Prophet ﷺ and offered herself (in marriage) to him. He ﷺ declined and indicated that he had no need of any (additional) wives. A man who was present with him said, “O Allah’s Messenger! Marry her to me.” The Prophet ﷺ asked him, “Do you have anything to give her?” He said, “No!” The Prophet ﷺ said, “Give her at least an iron ring.” But he still could not afford it. He ﷺ asked him, “Have you memorised any portion of the Quran?” He replied, “I memorised such-and-such Surahs.” The Prophet ﷺ then said: “Go. I marry her to you for the portion of the Quran that you memorised.”

You might be wondering what benefit would his memorization do to her as Mahr. Well, in such a case it would become easier for the wife to learn Quran if her husband can be her teacher.

Such was the wisdom of our Prophet ﷺ. Subhan Allah!

Another idea I would share here was of a woman I read about a few years ago who requested for a list of Islamic books as Mahr from her husband. You know that made him so delighted and that would be a reason In Sha Allah for a good bond between them and their blessed marriage.

So if sisters are reading this, think over what you are going to ask as your Mahr In Sha Allah. Intangible things may benefit you more in some cases. Ponder over your Mahr and be creative ladies!

Dowries of the Mothers of the Believers

While the ideas concerning the Mahr are being presented, the topic cannot be covered up unless we take the example from the household of our Prophet Muhammad ﷺ.

Safiyyah RA was freed from slavery and that was her dowry. This can be derived from a report by Anas RA:

“The Prophet Muhammad ﷺ freed Safiyyah RA (and married her); and her freedom was her dowry.”

The Mahr of all Mothers of Believers was not the same but Prophet Muhammad ﷺ was yet balanced in giving Mahr.

Abu Salamah Abd ar-Rahman reported that he asked Aishah RA, “How much was the Sadaq that Allah’s Messenger Muhammad ﷺ gave?” she replied: “His Sadaq to his wives was twelve and a half Uqiyyahs.”

That was the total amount Prophet Muhammad ﷺ gave as Mahr to all his wives.

Umm Habibah RA was married to Ubayd Ullah bin Jahsh and he died in Abyssinia. So Najashi gave her to Allah’s Messenger Muhammad ﷺ in marriage and presented four thousand Dirhams as Mahr to her from Prophet Muhammad’s  ﷺ behalf.
That large amount was not paid directly by Prophet Muhammad ﷺ as Mahr to any of the wives. In all other cases where Prophet Muhammad ﷺ himself presented the Mahr directly, it never did exceed four hundred Dirhams.

Being moderate in asking for dowries…

Though a girl has the freedom to ask for anything in Dowry but at the same time, she must follow certain manners as taught by our Deen while asking for the same. The Dowry should be in accordance with the financial condition of the husband and mustn’t overload him. Being moderate in asking Mahr is what is encouraged and should be kept in mind.

The following Ahadith should always be remembered:

Aishah RA reported that Prophet Muhammad ﷺ said: “Verily, a sign of blessing for a woman is that her engagement, Sadaq, and womb (i.e. giving birth), are all made easy.”

Abu al Ajfa reported that Umar ibn al Khattab RA once gave a Khutbah in which he said:

“Do not be excessive in regards to the women’s dowries. Had that been an indication of honor in this life or Taqwah before Allah, the Prophet ﷺ would have been most worthy of it among you. Yet, Allah’s Messenger ﷺ did not give as dowry to any of his wives, nor did any of his daughters receive more than twelve Uqiyyahs.”

Lets make Dua and strive for a change…

As we know that marriage has become one of the most difficult aspects of life due to innumerable social and cultural factors.

Sometimes the son or daughter wants to marry, but the parents think it is too early. Sometimes it is the son/ daughter who wants to accomplish everything and settle in life and in turn, marriage seems like a hurdle. In some cultures, the girl is overburdened by the cultural norms whereas in other places, the man is overloaded with all sorts of extravagance, for instance, in Mahr.

Change in society can only be initiated on a one to one level. When an individual pledges to bring a change for good, he/ she fights and cleanses the society around him/ her. So let us all pledge that we will try to ease the marriages in our families for the sake of Allah.

May Allah help all the unmarried, divorced or widowed men and women find righteous spouses.

May our Ummah be able to break free from the shackles of the norms of the society and follow the path of the Prophet Muhammad ﷺ.

May every household be blessed to be like that of Prophet Muhammad ﷺ.
Ameen!

[The good in the above article was all from Allah and whatever errors it might have were from my side and may Allah forgive me for the same.]

Am I a Good Muslim?
Ramadan Special: A Dua About the Quran
Controlling the Tongue in the Age of Social Media

2 responses to “Dowry in Islam? Yes… its Mahr!”