The Mercy of Allah (swt) in the Quran and Sunnah 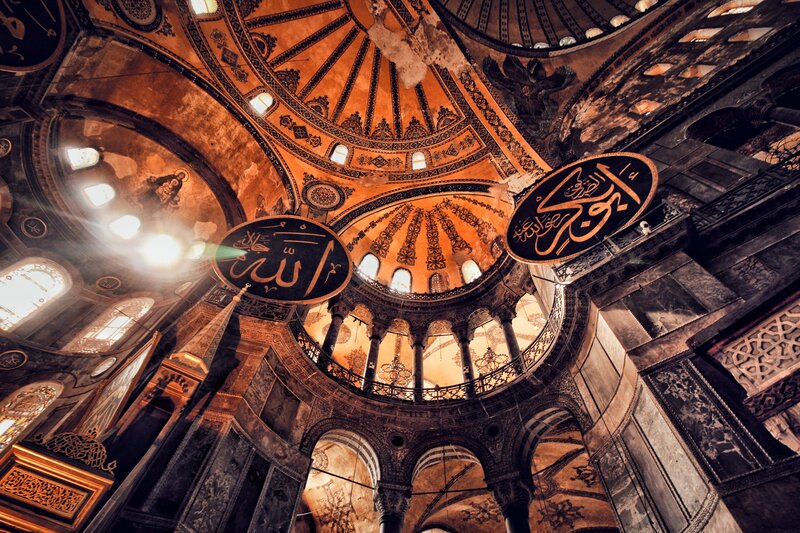 It is important to remember that Allah is the Most Merciful, because believers should think positively about Allah. Allah says in a hadith qudsi, “I am as My servant thinks of me…” (Bukhari, Muslim). Dr. Shaykh Yasir Qadhi, in a video about the divine name Ar-Raheem, states, “Optimism about Allah is part of imaan”

The primary attribute of Allah in the Holy Quran is Mercy (Rahma). Synonyms of mercy include: compassion, forgiveness, kindliness, leniency, gentleness, and goodwill (thesaurus.com). Here are some Quranic verses that mention Allah’s mercy:

In the name of God, the Most Compassionate, the Most Merciful.

Say: “My servants, you who have transgressed against yourselves, do not despair of the mercy of Allah. Truly Allah forgives all wrong actions. He is the Ever-Forgiving, the Most Merciful.” (39:53)

O my sons (said Prophet Jacob)! Go you and enquire about Yusuf (Joseph) and his brother, and never give up hope of Allah’s Mercy. Certainly no one despairs of Allah’s Mercy, except the people who disbelieve. (12:87)

…And seek God’s forgiveness! Truly God is much forgiving and Merciful. (2:199)

Whoso does evil or oppresses his own self and thereafter seeks God’s forgiveness shall find God most Forgiving, Merciful. (4:110)

But those who do evil deeds, then repent and believe, they will find your Lord Forgiving and Merciful. (7:153)

Anyone of you who does a misdeed through ignorance then repents thereafter and makes amends, then verily He is Forgiving, Merciful. (6:54)

…Truly God is Gentle and Compassionate to mankind. (2:143)

Most scholars agree that the divine name Ar-Rahman refers to Allah’s universal mercy for all creation. No other attribute comes close to the number of times Allah ascribes Mercy to Himself in Holy Quran. Furthermore, there is no other name like Ar-Rahman in the Holy Quran, except for Allah. Both of these names are considered to be primary names of Allah. This is shown by the following verse:

All other divine names go back to the primary names of Allah: Allah and Ar-Rahman.

No other divine name has the structure of “alif-noon” at the end. In Arabic, this alif-noon ending means “the One Who has the strongest and the eternal Rahma; it means that Allah is always characterized by Rahma and everything He does is out of Rahma” (Sh. Yasir Qadhi, in the YouTube video “Beautiful Names of Allah (pt.4)- Ar-Rahman”

Many scholars believe that the divine name Ar-Raheem refers to the special mercy that Allah shows to believers. Ar-Raheem is one of the most repeated divine names in the Holy Quran.

“When Allah completed the creation, He wrote in His book with Him upon the Throne: Verily, My mercy prevails over My wrath.” (Bukhari and Muslim)

Allah created mercy in one hundred parts and sent down to earth only one part. Because of this one part, there is mutual love among creation, so much so that an animal will lift up its hoof from its young one, fearing that it might harm it. Allah has reserved the remaining ninety-nine parts of this mercy to favor His believing servants on the Day of Judgment. (Bukhari and Muslim)

Umar ibn al-Khattab reported: Some prisoners of war were brought to the Prophet, peace and blessings be upon him, and a breast-feeding woman was among them. Whenever she found a child among the prisoners, she would take it to her chest and nurse it. The Prophet said to us, “Do you think this woman would throw her child in the fire?” We said, “No, not if she was able to stop it.” The Prophet said, “Allah is more merciful to his servants than a mother is to her child.” (Bukhari and Muslim)

(God says) O My servants, you sin by night and by day, and I forgive all sins, so seek forgiveness of Me and I shall forgive you. (Muslim, Tirmidthi)

Hope in the Mercy of Allah

How to Attain Taqwa – Part III
Hadith #3: Islam Is Built On Five
4 Benefits of Qiyam ul-Layl