5 Things a Muslim Should Consider Before a Nikkah 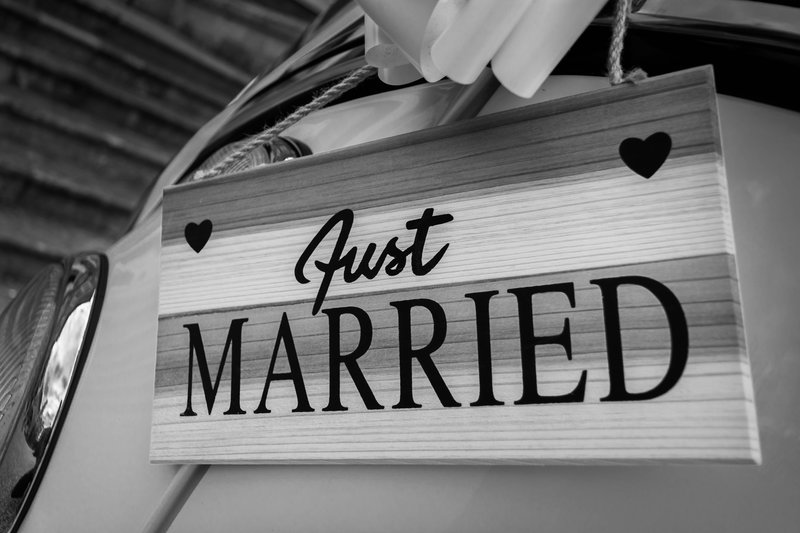 One of life’s milestones that many people look forward to is their nikkah.

That time that you are finally able to live with the one you love, and every act that was impermissible before becomes permissible for you both.

The Messenger of Allah (‎ﷺ) said: “There is nothing like marriage, for two who love one another.” (Ibn Majah)

But there seems to be a problem these days. Many of us look forward so much to the nikkah and the permissible actions, that we do not pay as much mind to the whole institution of marriage.

Before planning your nikkah, ask yourself how much you know about these things:

The Prophet (‎‎ﷺ) said: “A woman is married for four (reasons): her wealth, noble ancestry, beauty and religion. Choose the religious woman lest your hand is stuck to dust (because of destitution).” [Al-Bukhari]

This is a hadith that shows the importance of religion in our choice of a spouse. Many people fall in love with someone from a different religion, but as Muslims, we know that whenever we seek love interests from the opposite gender, religion is important.

Before you think of nikkah, think of the person’s religion and how it syncs with yours.

Your spouse should be a person who has the same love or enthusiasm for the Deen as you do.

When we are checking off our choices of a partner, many of us have ideals that we want the person to meet.

It could be a certain level of education, job, race, hobbies, etc. The same way we seek compatibility in these things with a person we wish to marry, so should we strive for the same in our Deen.

No one is a perfect Muslim, and many times, we find ourselves with people who have a different level of iman than ours. What is most important is that their current level of iman is what we would consider as a good (and positive) match for our own.

It’s a popular belief that you can’t really know a person till you’re married to them. But for Muslims, the character of the person that you are marrying is really important.

A person who didn’t select their spouse carefully and was only focused on the nikkah may be doing themselves more harm that good.

Because few things ruin a marriage faster than getting married to someone with a negative character.

Fine, many marriages have problems that stem from a spouse’s bad character, even after their spouse may have carefully selected them. But in many instances, problems occur when people do not focus on the character of the person they are getting married to.

For example, there are people who treat their betrothed lovingly, but would treat other people around them poorly. For such a person, you begin to wonder if they are actually a good person, or if they are just pretending to the person they want to marry.

You may also like: Virtues Of Seeking Knowledge At A Halaqa

Many people have dubbed the Istikhara prayer as the prayer of marriage. And for good reason. Istikhara is the prayer for guidance from Allah (ta’ala), and who else can guide a person apart from Him?

The Istikhara prayer is not just for marriage. It is a prayer for guidance, even for the smallest choice that you need to make.

So if we can make Istikhara for little decisions, it goes without saying that before we think of spending the rest of our life with someone, we should seek the guidance of Allah (ta’ala).

Never be so excited about the thought of a nikkah, that you forget to pray about it.

Many intending couples take care of every detail of the nikkah but forget this important bit – the knowledge of how marriage should be in Islam.

For some, the day of the nikkah is when they get to hear about the rights and responsibilities that each spouse has over, and should fulfill for the other.

Islam is a beautiful religion. It gives us guidance on every aspect of life, such that anyone who abides by these guides will live a good life.

So for anyone intending a nikkah, it’s important to learn about what marriage means in Islam, what your responsibilities are as well as the rights you have over your spouse.

Equally important, every intending couple should learn about the Islamic way of getting married, treating a spouse, and raising righteous children.

The knowledge (and proper application)  of all these things is what makes a marriage beautiful.

A nikkah is a beautiful beginning for any couple and it should be one that has been planned with care, thoughtfulness and faith in Allah (ta’ala).

Related Video: Get Ready For Your Marriage Not The Wedding

The Hidden Hikmah: How To Reap Benefits From Your Trials
How to Do Da'wah without doing Da'wah
4 Benefits of Qiyam ul-Layl