Virtues of Seeking Knowledge At A Halaqa 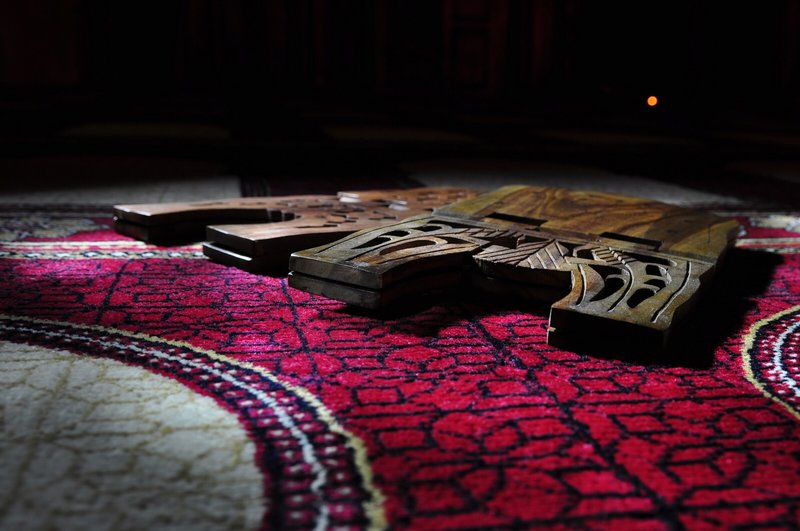 There are few places where a Muslim can get beneficial knowledge like a halaqa. It is a gathering for knowledge and understanding of Islam, and a place to improve upon our faith.

Halaqa means a religious study circle. It’s the place where scholars of Islam share their knowledge with other Muslims, and the place for Muslims to learn more about the Deen.

The practice of gathering for the sake of the Deen began in the time of the Prophet (‎ﷺ). He would gather the men and speak with them about the Deen. Such that the women demanded to have a similar time for themselves and the Prophet (‎ﷺ) agreed and set time aside to teach the women and answer their questions.

There are many virtues to having a religious study circle, and all of these do nothing but improve the Iman and life of a Muslim.

Benefitting from a Scholar

Scholars are the guides of the Muslim Ummah. They are the custodians of knowledge and they have a duty to spread this knowledge as much as possible.

For anyone who attends a halaqa taught by a scholar, it is like drinking from their well of knowledge to improve yourself. You have the opportunity to learn what they have dedicated their lives to studying in the Quran and Sunnah.

Many people get an ‘iman high’ from listening to Islamic lectures. The more you hear about the beauty of the words of Allah (ta’ala), or the more you learn about the life of Prophet Muhammad (‎ﷺ), the more your heart softens.

Attending a halaqa frequently, does this to you. It feeds your soul with the goodness of Islam. It raises your spirit, calms your heart, and fills it with the love of the deen.

“So give good tidings to My servants. Who listen to speech and follow the best of it. Those are the ones Allah has guided, and those are people of understanding.” (Quran 39:17-18)

The Messenger of Allah (ﷺ) said, “He who follows a path in quest of knowledge, Allah will make the path of Jannah easy to him. The angels lower their wings over the seeker of knowledge, being pleased with what he does. The inhabitants of the heavens and the earth and even the fish in the depth of the oceans seek forgiveness for him.” (Riyad as-Saliheen)

When we sit in a gathering of knowledge like a halaqa, solely for the sake of Allah (ta’ala), it is seen as a good deed that can bring us to attaining Jannah.

In another Hadith, the messenger of Allah (‎ﷺ) said: “Whenever some people gather in one of Allah’s houses (mosques) to recite the book of Allah and study it among themselves – then calmness (tranquillity) descends upon them, the angels surround them, mercy covers them, and Allah mentions them to those who are with him”  (Muslim).

Imagine the honour that comes with sitting down with people to talk about Islam!

You may also like: Allah Al Hakam (The Judge)

Many people have been blessed with beneficial knowledge in the Ummah, and how better to pass it on that in a halaqa?

The Prophet (‎‎ﷺ) said: “Whoever teaches some knowledge will have the reward of the one who acts upon it, without that detracting from his reward in the slightest.” (Sunan Ibn Majah)

Halaqas do not only benefit the listener or the student. It also benefits the one who is teaching, and everyone who shares their knowledge at that gathering.

Brings the Ummah Together

Your local halaqa is the place to meet other families, friends, and all the Muslims who live close by. Many bonds have been formed by people who were brought together by their desire to learn more about Islam.

When we have these circles of knowledge, they bind us together more as a community.

Whenever you are seeking knowledge, whether at a halaqa or anywhere else, remember the Prophet (‎ﷺ)’s prayer:

“Allahumma inni a’udhu bika min ‘ilmin la yanfa’u, wa qalbin la yakhsha’u, wa du’a’in la yasma’u, wa nafsin la tashba’u. (O Allah, I seek refuge with You from knowledge that is of no benefit, a heart that is not humble, a supplication that is not heard and a soul that is not satisfied.)”

2 responses to “Virtues of Seeking Knowledge At A Halaqa”