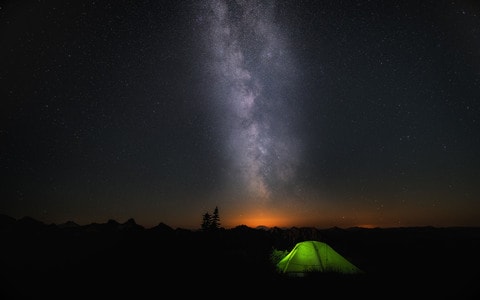 Are you ready for a memorization challenge? Try this protection quest challenge with Quran Companion.

When someone recites these 10 verses from Surah Al-Baqarah, Shaytan will not enter his house at night. Shaytan will also not come near him or his family, nor he will not be touched by anything that he dislikes.

Also, `Abdullah bin Mas`ud said, “Shaytan flees from the house where Surat Al-Baqarah is heard.” This Hadith was collected by An-Nasa’i in Al-Yawm wal-Laylah, and Al-Hakim recorded it in his Mustadrak, and then said that its chain of narration is authentic, although the Two Sahihs did not collect it.

In his Musnad, Ad-Darimi recorded that Ibn Mas`ud said, “Shaytan departs the house where Surat Al-Baqarah is being recited, and as he leaves, he passes gas.”

Ad-Darimi also recorded that Ash-Sha`bi said that `Abdullah bin Mas`ud said, “Whoever recites ten Ayat from Surat Al-Baqarah in a night, then Shaytan will not enter his house that night. (These ten Ayat are) four from the beginning, Ayat Al-Kursi (255), the following two Ayat (256-257) and the last three Ayat.”

In another narration, Ibn Mas`ud said, “Then Shaytan will not come near him or his family, nor will he be touched by anything that he dislikes. Also, if these Ayat were to be recited over a senile person, they would wake him up.”

Ibn Hibbaan reported that the Prophet (peace be upon him) said:

“Whoever recites Ayatul-Kursi after each obligatory prayer, then nothing can prevent him from entering Paradise except death.”

“A man said: O Messenger of Allah ﷺ teach me something through which Allah will benefit me. The Prophet ﷺ said: Recite Ayat al Kursi, Allah will protect you, your children, also protect your house rather even the houses which are near to yours.”
~ Imam Jalal ud-din Suyuti in Dur ul Munthur, (2/6)

Ready to get started and memorize these ayahs to seek protection? Join this quest challenge with your free 14-day trial of Quran Companion.