The Sin of Shirk and Avoidance 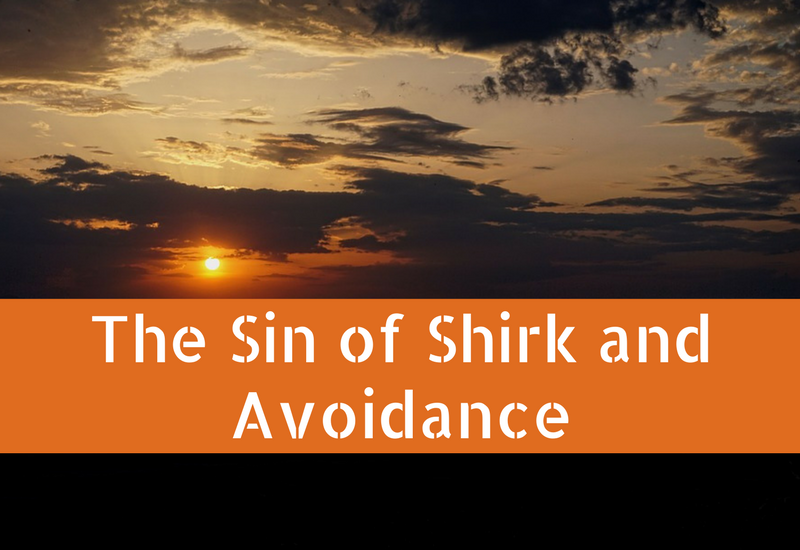 Indeed, Allah does not forgive association with Him, but He forgives what is less than that for whom He wills. And he who associates others with Allah has certainly fabricated a tremendous sin.

Throughout the Qur’an what we notice abundantly, are verses that speak of the forgiveness of Allah Almighty.

However, there are several mentions of a particular sin that perhaps cannot find forgiveness at all. We use the word ‘perhaps’ since it is Allah Almighty’s authority to subject one to His Forgiveness or not at the end and we pray that Allah bestows upon us all his Forgiveness. But the grievousness of his sin is by far the greatest and it is referred to as a ‘shirk’.

Shirk in Arabic means associating partners with Allah Almighty. It can also be  understood by the how the word ‘Shirk’ is derived from the word ‘Shirka’ (association) which means ‘to believe something or someone is a partner with Allah in His essence or attributes’. Pondering upon the verse from Surah An-Nisa, out of the many verses that speak of this sin, gives a clear idea as to what it is.

Before we begin to understand the sin of shirk, what we need to understand is the word Tawheed. Linguistically the word ‘tawheed’ means unification (to make something one) and considering this word further we understand that ‘tawheed’ in Arabic means attributing Oneness to Allah and describing Him as being One and Unique, with no partner or peer in His Essence and Attributes.

Tawheed can be understood in three categories:-

Tawheed al-Ruboobiyyah (Oneness of Divine Lordship):  It means unification and believing that there is only one God that is Allah and He is Unique and everyone and everything is depended on Him.

Tawheed al-Asma’ wa’l-Sifaat (Oneness of the Divine Names and Attributes): It means unification in believing and affirming the Names and Attributes of Allah Almighty. Allah should only be called by the names He has given Himself and that there should be no distorting them or twisting of their meanings or denying and discussing their reality. Furthermore, there should be denial of presence of any faults in Allah Almighty.

Tawheed Al ‘lbaadah (Oneness of Worship) : It means worshipping Allah Almighty alone and no one else. It is the accepting and the firm believing that Allah is the power in the Heaven and Earth and none can be worshipped but He.

We cannot choose to follow only one particular category of Tawheed but rather we must follow and believe in all three together.  The breaking of belief in the Tawheed is what leads to shirk. We can futher understand this by considering that the Shirk is negation of the Tawheed and the two are contrasting terminologies whose very concepts are perpetually opposite to one another. The Shirk negates Tawheed and the Tawheed negates shirk in such a way that if some belief or practice is Tawheed, then that belief or practice is opposing Shirk.

Understanding The Types of Shirk

We can further understand Shirks as the following types:-

We do things that are ostensibly religious. For example, some of us are afflicted by the habit that when we are in the Masjid, we think might get some benefit out of people watching us and our prayer becomes longer. We choose to please people with our prayers rather than Allah Almighty.

May Allah Protect us from this such thoughts because the moment we choose to do such a thing we split the Qibla. Our direction of prayers will be towards the direction of the Ka’abah physically but in all reality, we are praying for people around us and that splits the Qibla for us which becomes a Shirk. The Prophet Muhammad (PBUH) described it as a Shirk Al Ashgar (The Lesser Shirk).

Imagine that we live in a time where people think that it is through fear that people need to be constrained in Islam.

Think of a man who shouts and reprimands his sister whose Hijaab is not right and she adjusts her Hijaab, not with the Fear of Allah Almighty, but with the fear of her brother shouting. The choice of pleasing people over Allah Almighty is made and the Qibla splits again.

Think of a man who angrily ushers people into a Masjid by giving them a display of his stick and the people go in not from the Fear of Allah Almighty, but by the fear of a violent man.

Think of those who are willing to strike people who are not following Shariah. Every moment we choose to do acts of worship out of fear of someone other than Allah, we commit a shirk. It is therefore necessary for us to realize that every prayer and every word uttered in every prayer is meant only for Allah Almighty, and no one apart from Allah alone must we choose to please.

Those of us that force people into acts of worship must realize that it is far better to make people understand with great care about those acts, rather than to force against their will.

Shirk Al Asbab (Polytheism of Causes): We believe in Allah Almighty and we believe in His Power and His Knowledge of All Things and His Creations. Not a leaf can fall without the knowledge and permission of Allah Almighty.

He Creates us and what we do and He alone does things that cause every bit of motion around us and in the universe. Our minds cannot fathom the degree of His Power and it staggers the imagination to think of what He is capable of. But when we begin to believe that things are out of control in the world and deliberately forget that Allah Almighty is in control of all things, then we commit Shirk Al Asbab.

Shirk of humanization: It is to believe that Allah Almighty is given the form and qualities of animals and human beings. What we need to understand is that Allah Almighty cannot be confined to the structure that He himself has created i.e. of man or animal and we must firmly avoid such beliefs. May Allah protect us from such degrading thoughts!

Shirk of deification: It is to believe that God is given the shape of things that worship him or to give any physical shape at all for that matter. An example of deification can be seen in idol worshipping wherein people believe that God exists in the form of a statue. As Muslims, we must believe otherwise and understand that Allah Almighty cannot be worshipped by worshipping idols, for no idols can reflect the Magnitude of Him and that prayers are our paths to worship.

Shirk by Association: It is to believe that Allah Almighty exists but His dominion is shared by lesser gods and spirits. Allah Almighty is One and Unique and there can be none next to Him. That is a belief we must affirm to.

Shirk of Negation: It is to believe in the various philosophies and ideologies which deny the very existence of Allah.

You may also like: Istikhara – Seeking the best from Allah

How to Seek Protection from Shirk?

The Protection from shirk begins by taking precautions from the paths that lead to it and by realizing the Oneness of Allah Almighty, His Might and His Power.

By truly realizing that everything in the universe and beyond it exists and functions by the will of Allah, we can protect ourselves from shirk. This realization will lead us to believe that every prayer we pray or every act of worship that we do, is meant for Allah Almighty alone and not our fellow human beings, who were in fact created by Allah Almighty alone.

We must strengthen our faith and Imaan in Allah Almighty and dispel the thoughts of Shaytan who awaits the opportunity to provide us a false comfort and a sense of security so that we may disbelieve. We must take the steps to understand and gain knowledge about Tawheed and Shirk, so that one can always distinguish between them.

In order to comprehend them, remember two things. (1) The Attributes of Allah Almighty are exclusive and are regarded as real, independent, and immutable. Such attributes within creation however are figurative, temporal and changeable. Insight into this is paramount when seeking to discern between the two concepts. If the dissimilarity between the Creator and creation is given its due regard, the possibility of associating a co-sharer with Allah will not exist. So one will not face confusion or problems in differentiating them.

We must also read the following Dua:-

Dua to seek protection of Allah from committing Shirk :

O Allah, I seek refuge with You lest I should commit shirk with You knowingly and I seek Your forgiveness for what I do unknowingly.

Patience and Perseverance: Beautiful Traits of a Believer
6 Silent Effects of Sinning in Islam
6 Tips for Renewing Your Faith Daily