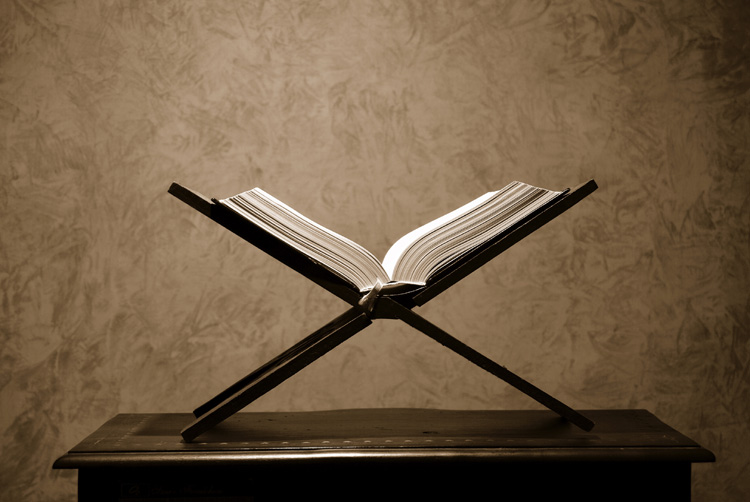 In part 6 we discussed that the Sirat al-Mustaqim is a part going straight up, and the higher you climb up that path, the higher up you are spiritually, the more mundane and insignificant worldly things look, the closer you are to your goal, and the more disastrous it will be to crash.

In this part we will look at people who have crashed or people who didn’t find the path at all.

Imagine that you’ve just landed a new job. You’re supposed to operate a certain machine you’ve never worked with before. Your boss gives you an instruction manual and says, “Read this carefully before you touch the machine. Then make thirty products using it by the end of today. Remember, I want all thirty ready when I come back.” Your boss then leaves you alone with the machine. What’s the most sensible plan of action to adopt? Read the manual first, learn how to operate the machine and get on with the actual work.

But instead, you read the manual thoroughly and then you get a cup of coffee and lounge in your chair browsing Facebook. Or you are tempted to press different buttons you weren’t supposed to press, just out of fun, and then spoil the machine.

Then you hear the footsteps of your boss. Oh, boy.

“Help us to avoid the path of those whom Allah is angry with, whose intentions are corrupt, who know the truth, yet deviate from it.” (Ibn Kathir)

These are people who receive anger. But Allah didn’t mention whose anger they receive.

Why do these people receive so much anger? It’s because they were given guidance, they had knowledge, but they still sinned, still did the wrong things. Allah (swt) says about these people:

“The example of those who were entrusted with the Torah and then did not take it on is like that of a donkey who carries volumes [of books]. Wretched is the example of the people who deny the signs of Allah. And Allah does not guide the wrongdoing people.” (Quran, 62:5)

The same applies for those who were given the Quran – including you and me. If we don’t abide by the ayat of Allah, we are nothing more than donkeys carrying loads of books. Our disregard for the Quran makes us the subject of anger from multiple directions.

Quiz Question: Who is the worst maghdub alayhi in history?

Read on for the answer.

Going back to our example, suppose you don’t read the instructions at all. You’re quite sure that you know better than the manufacturer, so you decide to make your own manual. Or you call a colleague and ask him for instructions, but the colleague gives you wrong information.

The Dallin may be very devout in their worship. But they don’t feel the need to go and verify if they’re doing it right. They’d rather believe in hearsay. It’s an intellectual laziness.

Allah (swt) has given us two wonderful gifts that make us different from animals:

When we use neither, we become more misguided than animals, as Allah says in other surahs of the Quran.

And these people don’t just themselves misguided, they misguide others as well.

“O People of the Scripture, do not exceed limits in your religion beyond the truth and do not follow the inclinations of a people who had gone astray before and misled many and have strayed from the soundness of the way.” (quran, 5:77)

But who led these people astray in the first place?

Who is the worst maghdub ‘alayhi in history? Shaytan. He has seen Allah with his own eyes, been in His presence and worshipped him alongside the angels. And he still sinned. And since then, his sole purpose in life became to misguide human beings away from the Sirat al-Mustaqim.

Blinded by jealousy and arrogance, he said to Allah, “Because You have put me in error, I will surely sit in wait for them on Your Sirat al-Mustaqim. Then I will come to them from before them and from behind them and on their right and on their left, and You will not find most of them grateful [to You].”

This shows how crucial it is to make this particular dua to Allah. We ask Him not to make us of these two groups of wretched people.

The first group mentioned in this ayah is worse than the second group, but both have deviated from the Sirat al-Mustaqim. By qualifying the people who are not guided as well as those who are guided, Allah (swt) leaves “no ambiguity as to what the supplicant really yearns for in this supplication.” (Islahi 75)

In fact, Surat al-Fatihah is a perfect supplication.