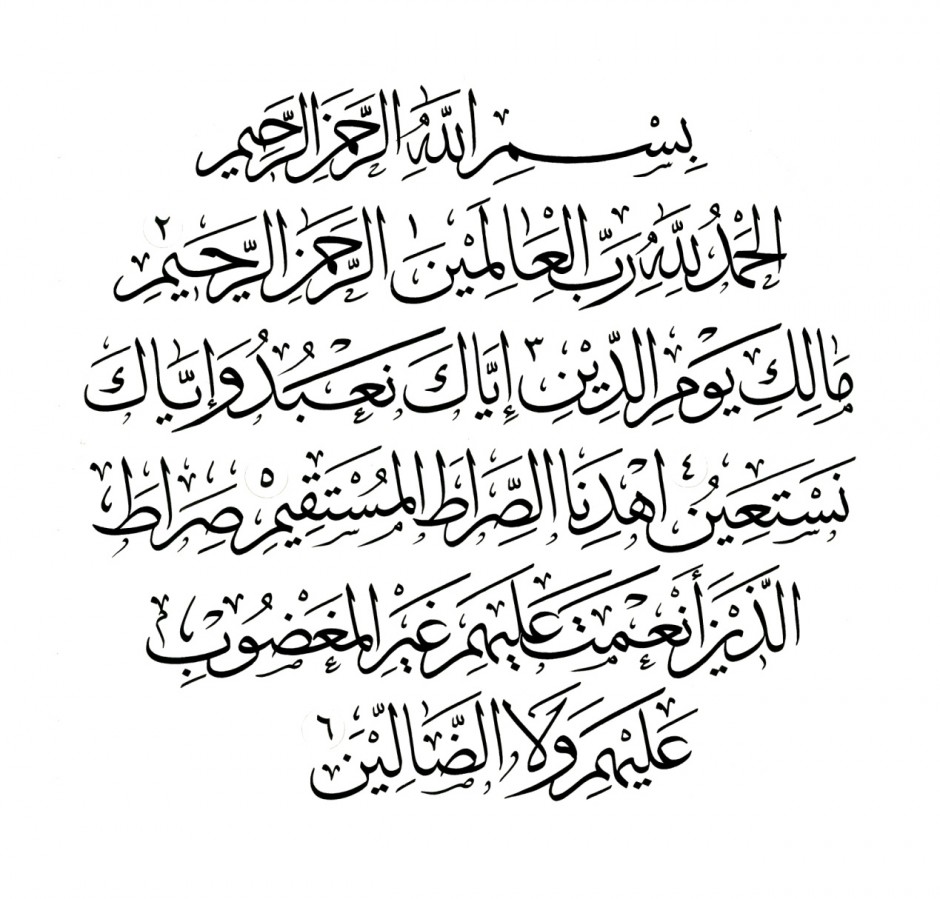 In the previous eight articles of this series, we looked at each ayah of Surat al-Fatihah in some detail. But when it came to writing this last part of the surah, I realised why the Prophet (SAW) told us to repeat this surah (at least) seventeen times every day. (In fact, he called it the Seven Repeatedly-Recited Verses, as we shall see in the hadith quoted below.)

No wonder, much of the information contained in the previous articles are already faded, even in my own mind. It is incredible how quickly we forget things. That is why we should read the Quran repeatedly, as the Companions used to do.

Abu Sa`id bin Al-Mu’alla, a Companion of Prophet Muhammad (SAWW), narrated a story from him. He was in the masjid with the Prophet (SAWW), who told him, ‘I will teach you a Surah which is the greatest Surah in the Quran, before you leave the masjid.’

After some time, when the Prophet was about to leave the masjid, Abu Sa’id reminded him of his promise.

The Prophet (sa) said that the greatest surah of the Quran is:

“Al-hamdu lillahi rabbi-l-‘alamin, which is Al-Sab’a Al-Mathani (the Seven Repeatedly-Recited Verses) and the Grand Quran which has been given to me.” (Bukhari 4474)

Surat al-Fatihah is an incredibly beautiful and perfect dua. We start by praising and thanking Allah for His gifts. That is indeed the most perfect way to begin any supplication, as Allah says:

“If you are grateful, I will surely increase you [in favor]; but if you deny, indeed, My punishment is severe.” (Quran, 14:7)

Then we invoke Allah by His proper name (Allah), His relationship with us (Rabb) and two of His most beautiful names (Rahman and Rahim). Altogether ,these names encompass all the other names and attributes of Allah. Again, this is a seamless way of wording one’s supplications, as Allah says:

“And to Allah belong the best names, so invoke Him by them. And leave [the company of] those who practice deviation concerning His names. They will be recompensed for what they have been doing.” (Quran, 7:180)

Subsequently, we acknowledge the truth of the Judgment Day and Allah’s sole authority over it. As such, we acknowledge our accountability for whatever good or bad deeds we do every day.

After that, we express our complete submission to Allah and our helplessness without His presence in our lives. Imagine the incredible power of all these statements culminating together to end in one single dua.

The dua itself is remarkable, because in it we are asking for the thing that matters the most, that decides our well being in this world and the hereafter, and that no one can give us except Allah – guidance. And not just any guidance, we ask Allah for a very specific kind of guidance. We also tell Him which sort of people of guidance we want to be like, and which two sorts of people of misguidance we want to be away from.

The Perfect Introduction to the Quran

We have come to the end of our short journey with the first surah of the Quran. Now perhaps we have a slight inkling of what the Prophet (SAW) meant when he called it the greatest surah. In fact, the Quran is the realisation of the dua for guidance we ask in Fatihah. How is that so? Answer coming up in the next articles, in sha Allah.