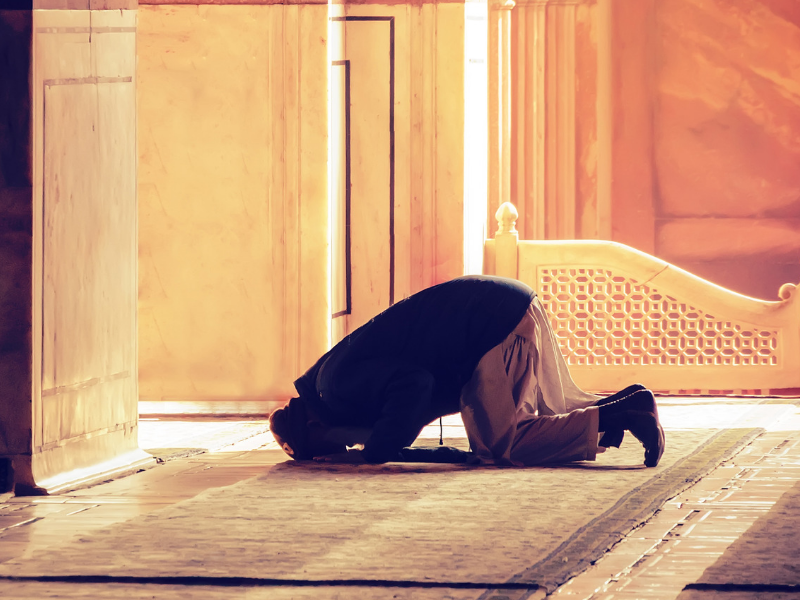 In Arabic, the word “jihad” literally means “struggle” or “doing one’s utmost to realize a goal”.  A jihad in the religious sense is any struggle in the cause of God. “Jihad” is not the equivalent of war, for which Arabic and the Quran use the word “qital”. Jihad can take the form of struggling against our evil inclinations as well as actual combat for defensive or justice purposes.

This hadith illustrates that jihad can take many forms:

Many Quranic verses that mention “jihad” were revealed before Muslims were given the permission to physically fight oppressors. Here are two examples:

“Therefore listen not to the unbelievers, but struggle against them with the utmost strenuousness with the (Quran).” (25:52)

Below are 6 examples of jihad in Islam:

This is a struggle against one’s soul to be obey Allah and follow Islam.

The Prophet (pbuh) said during his final sermon, “Have I not informed you? The believer is the one who is trusted with the lives and wealth of people. The Muslim is the one from whose tongue and hand people are safe. The one striving in jihād in the way of Allah is the one who wages jihād against his soul in obedience to Allah. The emigrant is one who emigrates from sin and evil.” (Sahih Ahmad)

Rafi’ ibn Khadij reported: The Messenger of Allah, peace and blessings be upon him, said, “One who works for charity in a just cause is like one who campaigns in the way of Allah until he returns home.” (Sahih Tirmidthi)

The Prophet (pbuh) said, “Women must perform a jihad in which there is no fighting: the Hajj and Umrah pilgrimages.” (Sahih Bukhari)

A man asked permission of the Prophet (to take part) in a jihad (a battle against oppressors). The Prophet asked, “Are your parents living?” He said, “Yes.” The Prophet said, “Then go to them and do jihad (by taking care of them).” (Bukhari and Muslim)

The Prophet (pbuh) said, “One who strives to help the widows or the poor is like one who strives in the cause of Allah, or one who prays at night and fasts during the day.” (Bukhari and Muslim)

Jihad Is The Mark of a True Believer

Allah (swt) describes true believers as those who do jihad for His sake:

“The (true) believers are those only who believe in Allah and His messenger and afterward doubt not, but strive with their wealth and their lives for the cause of Allah. Such are the sincere.” (49:15)

Those who do jihad have a special status with Allah:

Related Video: Concept of Jihad in Islam by Zakir Naik

What is Imaan?
7 Times to Say Bismillah-ir-Rahman-ir-Rahim
26 Positive Islamic Affirmations