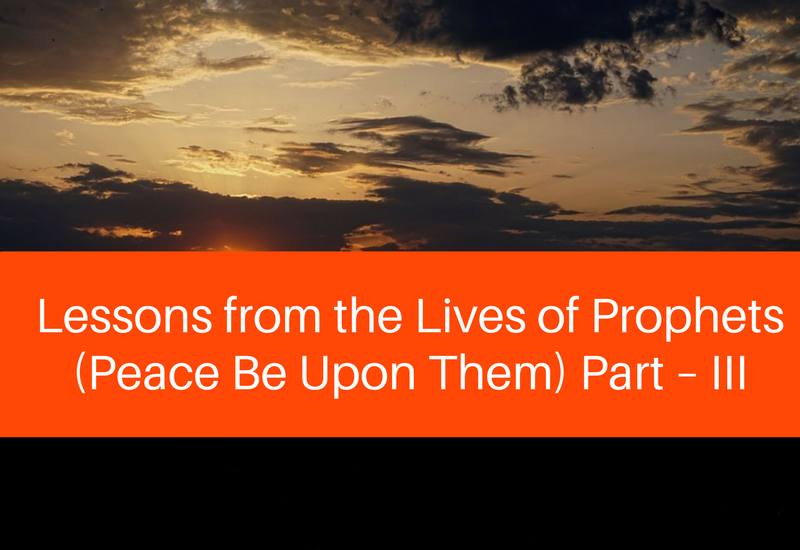 Lessons in The Creation of Hawwa (AS)

Adam (AS) was the first man created and he was at that point of time, the only creation of his kind (humankind). The angels and the jinns were many in number but it was Adam (AS) who had no human company. Thus, Adam (AS) asked Allah Almighty for a companion, someone with whom Adam (AS) could find company and comfort.

What is remarkable is that womankind was created after great prayers were made by Adam (AS) and what needs to be understood is that women are a gift, just as Hawwa had been a gift for Adam (AS). The usage of the word ‘gift’ finds greater magnitude when you imagine that it is a gift from Allah Almighty. The reason we need to understand this is because we need to fully grasp the idea that women are not a burden nor have they ever been one. Women are companions to Men and together, they complete each other’s deen.

The Creation of Adam (AS) and Hawwa (AS) can be witnessed in the light of The Holy Qur’an in the following verses:-

[So mention] when your Lord said to the angels, “Indeed, I am going to create a human being from clay.

O mankind, fear your Lord, who created you from one soul and created from it its mate and dispersed from both of them many men and women. And fear Allah, through whom you ask one another, and the wombs. Indeed Allah is ever, over you, an Observer.

It can be understood that women were created from Adam (AS) and a clearer understanding can be formed by pondering upon the following hadith:

The Prophet (saws) said, “Whoever believes in Allah and the Last Day should not hurt (trouble) his neighbor. And I advise you to take care of the women, for they are created from a rib and the most crooked portion of the rib is its upper part; if you try to straighten it, it will break, and if you leave it, it will remain crooked, so I urge you to take care of the women.”

Now, for most people, the idea that women are created from a rib is considered demeaning and infuriating. But what we all need to understand is that the concept of this sheds more light to the great dignity of women in Islam. Unlike men, who were created from soil and dirt, women were created from the living.

They were created from a rib and this sets a metaphorical understanding that if we try to enforce women or coerce them, not only would we be attempting to straighten a rib to break but we would also be sinning. It also sheds light on the indifferences that men feel when they are disappointed at the ‘lack of perfection in their wife’. Men cannot have the perfect wives and women cannot have the perfect husbands, but rather both could try to guide each other to the path of perfection in worshipping. Moreover, it establishes that men should not coerce their wives in order to attain perfection because this, in turn, is once again, straightening a rib. What is needed are times spent together in kindness, affection and love.

Lessons from the Lives of Prophets – Part 1

Lessons from the Lives of Prophets – Part 2

The Whispers of Shaytaan

Shaytaan whispers into our hearts and once we pay attention to the whispers, we are lead to the path of wrong. It is the mere momentary attention that we pay to his whispers that lead us astray. In much of the same way, Shaytaan chose to mislead Adam (AS) and Hawwa.

Allah Almighty had warned Adam (AS) to be careful and to be watchful of Shaytaan. In Paradise, there was neither hunger nor thirst and not even tiredness but with everything that there was, there was also the Shaytaan, who planned to jeopardize them. Shaytaan whispered to Adam (AS) about the presence of a tree whose fruit, if one were to eat, would lead to immortality and infinite belongings. Allah Almighty had forbidden Adam (AS) to consume anything from this particular tree. Yet, however, upon hearing the whisper of Shaytaan, Adam (AS) turned to him. This was where the first mistake was committed – You never turn to the Shaytaan.

And if there comes to you from Satan an evil suggestion, then seek refuge in Allah. Indeed, He is the Hearing, the Knowing.

A lesson that can be derived here is that to even pay attention to the evil whispers of Shaytaan is equivalent to opening the doors for sins and wrongdoings. When we consider these whisperings in today’s context, we see that they come from the wide variety of sources around us. A television ad that is based on sexual advances, a video game with violence and profanity, and even simply the songs that play around us are all passageways for Shaytaan to whisper to us.

What we must understand is that the moment these worldly concepts based on desires and lust are given space in our minds, we begin to walk the wrong path. It is obvious that not everything can be ignored and that we cannot bolt ourselves at home, but what we must do as Muslims, is seek as much protection from all that be wrong and as much refuge in Allah Almighty as we can. We can begin by, perhaps, not listening to the wide range of songs in our playlist or by not watching the unpleasant things that be. We can begin by paying more attention to our Salah and to our Deen as a whole. By the Mercy of Allah may we be protected from the whisperings of Shaytaan.

The Untrue Notion and The Seeking of Forgiveness

Continuing the story of Adam (AS) and Hawwa we come across the common notion that it was Hawwa who the Shaytaan had tricked and often such a notion is used to justify the absurd opinion that women mislead men. However, The Holy Qur’an mentions of Iblees (Shaytaan) talking to Adam (AS) and that the two (Adam AS and Hawaa) eating the forbidden fruit together.

And Adam and his wife ate of it, and their private parts became apparent to them, and they began to fasten over themselves from the leaves of Paradise. And Adam disobeyed his Lord and erred.

Never before in the history of existence had there ever been a seeking of forgiveness to Allah Almighty. However, Adam (AS) had received words from Allah and Allah had taught him how to seek forgiveness. A remarkable lesson to be derived is that Allah Almighty knew that a time would come when Adam (AS) would have to seek forgiveness and that the progeny of Adam (AS) and Hawwa shall be in need of that ability as well. This gives us an insight into the Power of Allah Almighty, The All-Knowing. We fret at what is to come tomorrow, yet what we must understand is that Allah knows all things and He alone should we depend upon because once we do that, we shall be free from the anxiety of the future.

So, Adam (AS) and Hawwa sought forgiveness from Allah Almighty and the Angels were shocked because never before had they seen such an act of worship.

They said, “Our Lord, we have wronged ourselves, and if You do not forgive us and have mercy upon us, we will surely be among the losers.”

Allah Almighty forgave Adam (AS) and Hawwa (RA) and this is where we begin to establish an understanding of how Allah forgives easily provided that the individual is truly repenting for they have done. We also learn that the most powerful acts a person can engage in is Istighfar or asking for forgiveness. Unlike angels, we have been given our own free will and the ability to seek forgiveness for committing a sin. Throughout The Holy Qur’an, there are numerous mentions which reflect upon the Mercy of Allah Almighty for those who seek Forgiveness.

Say, “O My servants who have transgressed against themselves [by sinning], do not despair of the mercy of Allah. Indeed, Allah forgives all sins. Indeed, it is He who is the Forgiving, the Merciful.”

The Power of Forgiveness is what makes our lives in this world easier and it is a path of worship that is truly astounding.

There are four things that we must bear in mind to attain Allah Almighty’s Mercy:-

After all these conditions are met we do not have to mention our sin to anyone else. The sin and the forgiveness that was sought becomes a matter that remains just between the individual and Allah Almighty alone. We must avoid telling people of our sins because in that way not only do we become shameless but we also lift the veil from the very sin which Allah hid for us.

Related Video: Lessons from the lives of the Prophets – Mufti Menk