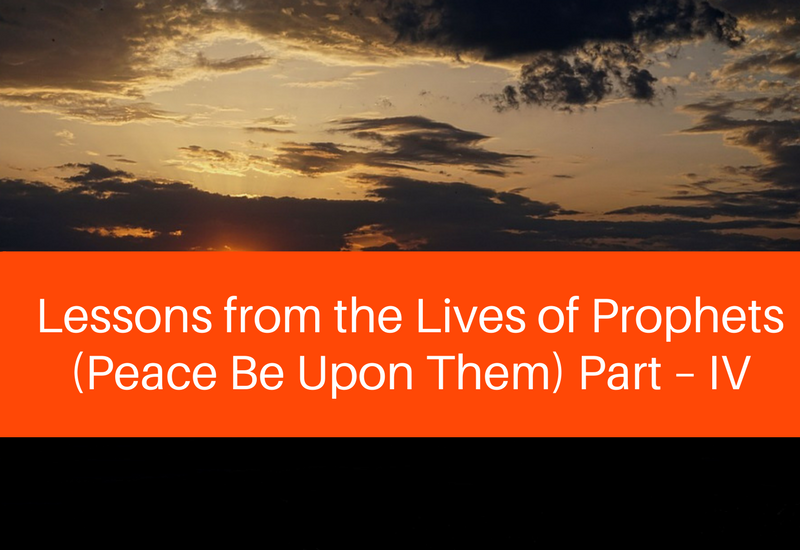 In the life of the First Man and the First Woman on Earth, are many valuable lessons that are meant to be understood. Though the occurrence of the incidents that author these lessons had happened centuries ago, there exists a remarkable presence of relativity for us all in these lessons. Thus, we ponder upon the life of Adam (AS) further.

Guidance From Allah Almighty – The Holy Qur’an and The Signs

As we continue reading into the life of Adam (AS), we see that Allah sent Adam (AS) and Hawwa to the Earth. Shaytaan (Iblees) was also instructed to go to the Earth as he was banished from Paradise.

[ Allah ] said, “Descend from Paradise – all, [your descendants] being enemies to one another. And if there should come to you guidance from Me – then whoever follows My guidance will neither go astray [in the world] nor suffer [in the Hereafter].

We recognise in this beautiful verse, not only the instruction of Allah Almighty that led to the sending of Adam (AS) and Hawwa to Earth, but we also notice how Allah Almighty kept the door of guidance wide open. The Mercy of Allah Almighty was such that He told Adam (AS) that He will continue sending him and his progeny guidance. It is promised that anyone who follows the guidance will not be led astray and will never be left alone to face the perils of this life. They would not be among the unfortunate who the Shaytaan would delude. The revelation of The Holy Qur’an and so many books before it was meant precisely for the purpose of guiding mankind to the straight path, the path of those that is favoured by Allah Almighty.

In today’s world, we often complain about the lack of time we face in our round the clock busy schedules and we often place our inability to read the Qur’an or ponder upon it, in that very same problem – The lack of free time. What we need to understand is that the very purpose of our lives on this Earth isn’t earning of wealth but it is the earning of what is in the Hereafter. The Paradise that we seek to be in can only be achieved if we choose to hold the words of the Qur’an in our hearts and consequently, in our actions. Reading a few verses of The Holy Qur’an and understanding the meaning of it every day is not a task that consumes hours and we must do so by realising that the centre of our lives is Islam and the Qur’an will allow us to revolve around it.

Allah Almighty sends us guidance not only through the Qur’an but also through a great number reminders. These reminders come in the form of the things we read about Islam, the Signs of Qiyaamah coming true, the Islamic speeches or articles we read. Even old age and greying of hair are a sign and a reminder that the end is not very far, that the time to meet The Creator and The Judge, Allah Almighty is not very far. Upon being resurrected on the Day of Judgement, we will be told about the great many reminders that we were sent and how many we ignored with the excuse of lack of time or something other than that which will be useless recounting then. Thus, it is necessary to heed the reminders and the signs that Allah Almighty has blessed us with and through these reminders, guide ourselves to the right path.

A Lesson of Separation and Reunion

Adam (AS) and Hawwa were sent in different parts of the world. They were separated by a great distance from each other; Adam (AS) was somewhere in what we know as Sri Lanka and Hawwa was in Jeddah, Saudi Arabia. Obviously, such geographical demarcations did not exist then so we can perhaps only assume that these were the places they landed in based on what we know. Jeddah, however, does mean the Ancestor of Women which is a reference to Hawwa.

Though they were dropped miles apart from each other, both Adam (AS) and Hawwa began to search for each other and they spent many nights separated in what we know was the world without any other human being. Eventually, after a time, they were reunited.

The lesson in their separation and reunion is what we must ponder upon. We often find ourselves lost and alone at times but imagine what it must have been like for Adam (AS) and Hawwa when they were separated and there was actually no one in the world to interact with. It can be easily understood that they drew their courage and strength from what we must today draw our courage and strength from – Allah Almighty. The loneliness we feel is merely a whisper of Shaytaan because none of us can be alone so long as there is faith in our hearts.

The Lessons from The Story of Cain and Abel

Hawwa gave birth 20 times and each time she gave birth, a boy and a girl were brought into the world in pairs. These children were of different complexions and they were physically different from each other. The children were married to one another in a way that, no brother or sister born at the same time or in other words, the same womb, could be married; one boy born at one time from one womb was married to one girl born at different time from a different womb.

As the children grew older, one of the oldest children was Qabil or in the English language better known as ‘Cain’ and another son, the one younger than him, called Habil or known as ‘’Abel’’ in the English language. Abel was a very handsome son and Cain was not. The interesting part is that Cain’s sister was very beautiful and Abel’s sister was not. When Adam (AS) instructed that Abel was to marry Cain’s sister, Cain realised his match was not very good looking and he felt that it would be better for him to marry his own sister rather than Abel’s.

This led to a disagreement and they sought the help of their father, Adam (AS) for a solution. Naturally, Adam (AS) made dua to Allah Almighty. He was then commanded by Allah to instruct both of the sons to give out in charity and whosoever charity was accepted, will be the right one and be able to get their wish. What needs to be understood here is that there was no one to give charity to because there happened to be no poverty at all. So the charity was done by placing the sacrifice on the mountain and if the fire consumed the sacrifice, it meant that charity was accepted. If the fire did not consume it, it was meant that the charity was not accepted.

Abel was a shepherd and he sacrificed a proper produce. However, Cain, on the other hand, brought produce that was nearing a rotten state. Predictably it was Abel’s sacrifice that was accepted. We can derive a great lesson from this incident that when we are giving in charity, we must give with an open heart. To give things in charity that are not capable of being used is equivalent to giving nothing at all. If Allah Almighty has blessed us with the ability to give into charity then we must do so with great care and responsibility, ensuring that what we give is useful and can cater for as many as possible. The charity should come with the understanding that everything we have in our lives is provided by Allah Almighty and by giving it to the needy and the poor, we complete a part of our faith.

Related Video: Lessons from the lives of the Prophets – Mufti Menk