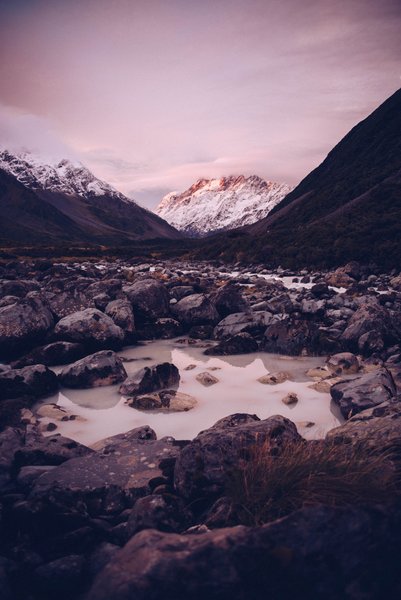 Surah al Qadr talks about the most special night in Ramadan, a night which every single Muslim looks forward to during the blessed month. It consists of 5 beautiful verses that speak about the magnanimity of the night of Qadr. Let us look at these verses Insha’Allah.

#1 The Quran was sent down

“Surely, We sent it (the Quran) down on the Night of Honour”

Ibn `Abbas and others have said, “Allah sent the Quran down all at one time from the Preserved Tablet (Al-Lawh Al-Mahfuz) to the House of Might (Baytul-`Izzah), which is in the Heaven of this World. Then it came down in parts to the Messenger of Allah based upon the incidents that occurred over a period of twenty-three years.” Then Allah magnified the status of the Night of Al-Qadr, which He chose for the revelation of the Mighty Quran, by His saying:

“When Ramadan would come, the Messenger of Allah would say, ‘Verily the month of Ramadan has come to you all. It is a blessed month, which Allah has obligated you all to fast. During it the gates of Paradise are opened, the gates of Hell are closed and the devils are shackled. In it there is a night that is better than one thousand months. Whoever is deprived of its good, then he has truly been deprived.’ [An Nasai]

Allah says in the third ayat of Surah Qadr:

“The Night of Honour is better than a thousand months.”

#3 Erase all your sins

All of us have sins measuring to varying degrees. While we indulge in occasional repentance and tawbah, we cannot fully comprehend the ill effects of our sins and the effect they have in our lives, in dunya and maybe even on the Day of Judgment. Allah alone knows the state of our book of deeds.

But you know what? On Laylatul Qadr, all your previous sins can be forgiven and erased!

In the two Sahih collections from Abu Hurayrah, it is confirmed that the Messenger of Allah, peace be upon him, said: “Whoever stands (in prayer) during the Night of Al-Qadr with faith and expecting reward (from Allah), he will be forgiven for his previous sins.”

This is supported by what Imam Ahmad recorded that the Messenger of Allah, peace be upon him, said:

“The Night of Al-Qadr occurs during the last ten (nights). Whoever stands for them (in prayer) seeking their reward, then indeed Allah will forgive his previous sins and his latter sins. It is an odd night: the ninth or the seventh, or the fifth, or the third or the last night (of Ramadan).”

#4 What are the signs of Laylatul Qadr?

While we don’t know the exact night when this occurs, we do have some signs to look out for, which could suggest the occurrence of the night of Qadr.

The Messenger of Allah, peace be upon him, said:

“Verily, the sign of the Night of Al-Qadr is that it is pure and glowing as if there were a bright, tranquil, calm moon during it. It is not cold, nor is it hot, and no shooting star is permitted until morning. Its sign is that the sun appears on the morning following it smooth having no rays on it, just like the moon on a full moon night. Shaytan is not allowed to come out with it (the sun) on that day.”

#5 What happens on this night?

We get the answer in ayat #4, where Allah says:

“The Angels and the Spirit descend therein by their Lord’s leave for every affair.”

Sa`id bin Mansur said, “It is security in which Shaytan cannot do any evil or any harm.”

Qatadah and others have said, “The matters are determined during it, and the times of death and provisions are measured out (i.e., decided) during it.”

“There is peace until the appearance of dawn.”

Sa`id bin Mansur said, `The angels give the greetings of peace during the Night of Al-Qadr to the people in the Masjids until the coming of Fajr (dawn).”’

Qatadah and Ibn Zayd both said concerning Allah’s statement (there is peace) “This means all of it is good and there is no evil in it until the coming of Fajr (dawn).”

Imam Ahmad recorded from ‘A’ishah, may Allah be pleased with her, that she said: “O Messenger of Allah! If I find the Night of Al-Qadr what should I say?” He replied:“You should supplicate: Allaahumma innaka‘afuwwun, tuhibbul-‘afwa, fa‘fu‘anni (O Allaah, You are Most Forgiving, and You love forgiveness; so forgive me).” [At-Tirmidhi]

2 responses to “6 Facts About Surah Qadr”