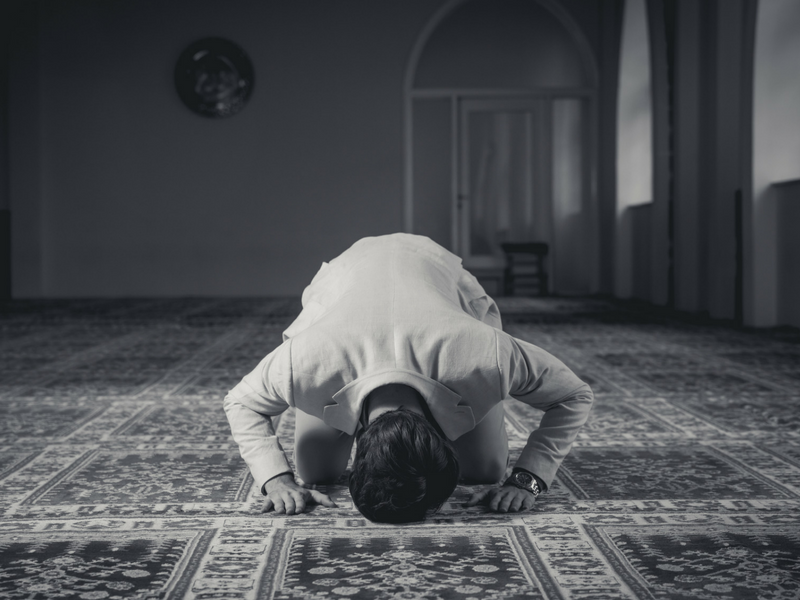 In part I, we learned about the lexical meaning of Islam, and roughly touched upon points on how we can submit to Allah with our hearts, limbs and tongues, so as to follow that which He has ordained, and stay away from that which He has forbidden. In part II, let’s continue learning about the remaining part of this incredible hadith.

He (the Messenger of Allah) answered, “It is that you believe in Allah and His angels and His Books and His Messengers and in the Last Day, and in qadar (fate), both in its good and in its evil aspects.”

According to Ibn Uthaimeen, “Imaan is the affirmation that requires acceptance and submission. If a person believes in something without acceptance and submission, this is not imaan.” Therefore, the earliest scholars defined imaan as the statement of the heart (affirmation) and statement of the tongue (verbal profession) and actions performed by the body.

When Jibreel A.S asked about Islam, our Prophet (pbuh) stressed on outward actions. When asked about imaan, our Prophet’s (pbuh) answer was more focused on internal actions of belief and thought.

How Much Imaan Should You Have In Order To Raise Yourself To The Highest Level In Paradise?

Paradise is what every Muslim strives for: the ultimate abode of eternal peace and happiness. With each level in paradise being more awesome than the previous one, yearning for the highest level in paradise is something that should excite us on a whole another level. Here’s what a person with high imaan does:

Examples include (but not restricted to):

Have you noticed that the extra acts of worship I’ve mentioned above, like praying tahajjud or salatul duha only take about 5-10 minutes of your time?! And the reward for spending 10 minutes extra in Allah’s worship: Higher levels in Jannah!

So, is it possible for a person to always be in a state of imaan high 24/7? No! It is very much natural if you have sudden days of excitement where you want to do extra acts of worship, and then go through days when you feel down, or just don’t feel the urge to even do the bare minimum. Suddenly, praying five times a day becomes a huge task, and you could go through days of not having read a single page in the Quran. It’s okay, it’s natural to feel so, but don’t get disheartened because there are ways to rectify this!

Begin with isthigfar: Sins form a barrier between us and our duas, sins have a direct effect on our hearts and souls, making us feel spiritually drained. Constantly engage in repentance, even if you don’t feel like. Just the mere effort you take in trying to beg for forgiveness will be noticed and rewarded by Allah, the One who loves you more than anyone!

One step at a time: Pray 2 rakats and just sit and talk to Allah. Let Him know how you feel, why you’re feeling down and out and beg Him to get you back on His path and ask Him to raise you closer to Him. This always works, always. If you haven’t read Quran for a long time, open the mushaf and read just half a page maybe or even lesser, take the first step, and the rest would be easy to follow inshaAllah.

Imaan buddies: The kind of friends you hang out with have a direct impact on your relationship with Allah. Surround yourself with friends who remind you of Him, so when you feel down, you can always go back to them to lift you up. If you are not able to find imaan buddies, you always have Allah to turn back to, for He is al Wali, the Protective Friend.

Belief in Allah: This includes recognizing, affirming, testifying and believing that there is only one God, Allah; believing in His Names and Attributes as mentioned in the Quran and Sunnah.

His Messengers:  A messenger is any human chosen by Allah to receive revelation from Him and pass that revelation on to his people. Muslims believe in all the Prophets sent by Allah from the starting of time until Muhammad (pbuh) who is the last Prophet.

The Last Day: On this day, every person is taken into account for every single deed of theirs, and rewarded with Paradise or punished with Hellfire. Belief in the Last day should make a believer rush to do good deeds and stay away from sins, repent constantly and seek Allah’s pleasure.

Qadar (fate), both in its good and in its evil aspects: When a Muslim realizes that all things are under the control and decree of Allah; it makes it easier for him to put his complete trust in Allah and surrender to Allah’s Will.

Now that we’ve seen what it means to have imaan, we will focus on the remaining part of the hadith in the next article, inshaAllah.