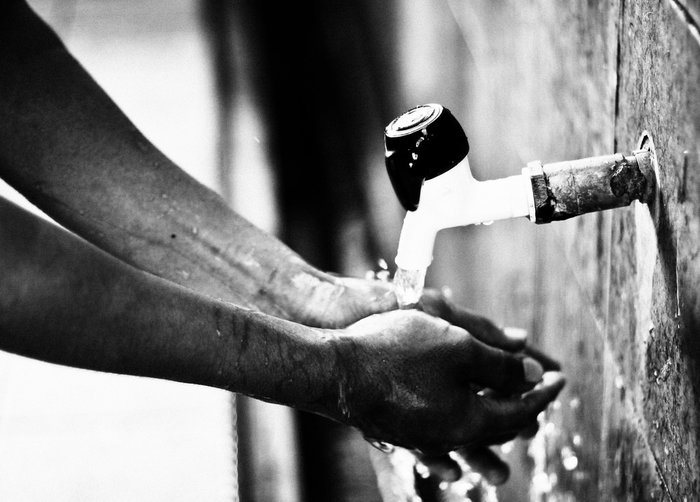 A Muslim prays 5 times daily and for which he prepares himself by making wudu and wearing clean clothes. These might seem like an ethic or a procedure before prayer but Allah, the ever giving and most merciful has placed health benefits in wuzu. Each time a Muslim does wuzu he cleanses himself internally in terms of health as well as soul.

“O Musa! If you face a Two Hadith summarized tell us that anyone who begins ablution (Wuzu) saying Bismillah purifies his whole body from head to toe, but anyone who does not say these words will only purify the limbs that are washed

Benefits Of Making Wudu In Islam:

Islam has put a great deal of importance in doing Wuzu. It is as obligatory on us as is Prayer. But is Wuzu only a step of cleaning our body?

Wuzu not only cleanses our body but it also helps in purifying our soul which is important for a Muslim when he stands before Allah.

“If a person does Wuzu correctly and then looks towards the the sky and reads Kalima-e-Shahadat, all eight (8) doors of Heaven are opened for him and he may enter through whichever one of them he pleases.”

Making wuzu properly and reciting Kalima 8 times will reward a person by opening 8 doors of heaven and imagine being said to choose whatsoever we wish to enter the paradise with. Subhan Allah.

Not just that but another hadith gives us the knowledge that dying in the state of wuzu will give the person a title of martyr.

Prophet Mohammad (peach be upon him) said to Hazrat Anas ( ), “Son! If you can spend all your time in a state of wuzu then do so, because when the Angel of death captures the soul of a person in a state of Wuzu, he is written down as a martyr”

So now we see that making wuzu has many rewards in Islam. The importance Allah has placed in Wuzu is special because it is a means of attaining good health and it also has many health benefits which is being discovered by non-Muslims, scientists and researchers.

Wuzu is being used as a medical practice in hospitals.

5. Washing between the toes:

There is a major vein between the back of head and neck which connects the spinal cord.

Many foreign countries’ hospitals use Wuzu as a treatment to cure patients of many ailments and believe that the number of depression cases in Muslims is low because of 5 times Wuzu.

“The best cure for depression is Wuzu,”

Verily Allah has placed his blessings in the smallest of tasks for his mankind to benefit from.

You might also want to read: How to Learn Quran Together as a Family