Hadith #10: Allah is pure and accepts only…. 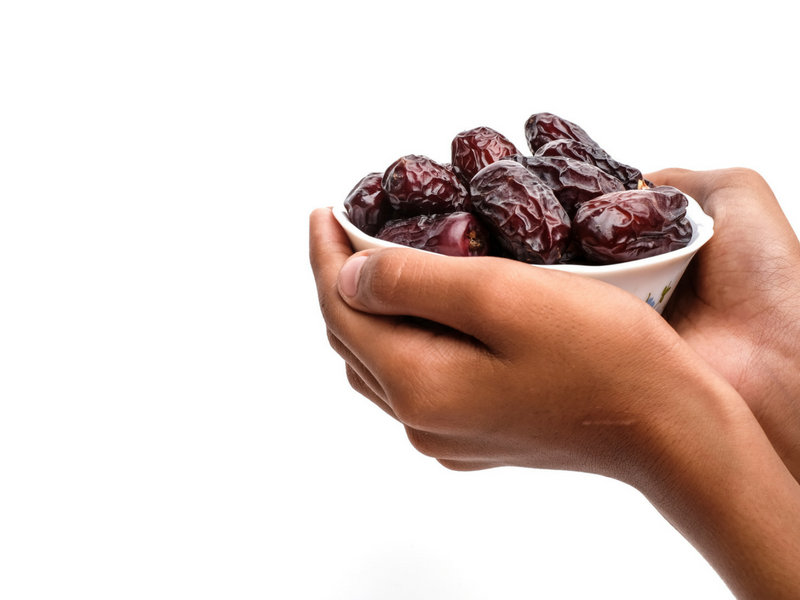 Abu Huraira narrated that the Messenger of Allah ﷺ  said: “Verily Allah the Exalted is pure (tayyib). He does not accept but that which is pure. Allah commands the believers with what He commanded the Messengers. Allah the Almighty has said: “O you Messengers! Eat of the good things and act righteously”. And Allah the Almighty also said: “O you who believe! Eat of the good things that We have provided you with. Then he (the Prophet) mentioned (the case of) the man who, having journeyed far, is disheveled and dusty and who stretches out his hands to the sky (saying): “O Lord! O Lord!” (while) his food was unlawful, his drink was unlawful, his clothing was unlawful, and he is nourished with unlawful things, so how can he be answered?” [Muslim]

The meaning of “Tayyib”

The word “at-tayyib” comes many times in the Qur’an and Sunnah. It could be used to describe people, good deeds, actions, things or speech among others. Its literal meaning is “something good”. Ibn Rajab on the other hand, interpreted this word to mean “pure” or “at-tahir”.

Therefore, “tayyib” can be linguistically translated as:

This phrase emphasizes the attributes of ultimate perfection and completeness of Allah. He (swt) is free from any kind of shortcomings, defects, weaknesses or flaws.

“…He does not accept but that which is pure…”

This hadith refers to all good deeds that a man can do. Allah does not accept any deeds that are spoilt or done for showing off to others, those that contain an element of ostentation or show. Therefore, the deed must not have any aspect that may ruin it. Any deed that involves wealth must come from legal sources and should not have any element of haram in them in any shape or form.

What does acceptance of a deed mean?

Ibn Rajab points out that it could imply any of the following:

This hadith goes to show that it’s not sufficient for you to just perform a good deed and assume that it’ll be accepted. Rather, you must fear Allah with respect to your deed and perform it in a way that’s pleasing to Him. This hadith also points out on the importance of earning and living through halal sources.

This hadith makes it very clear that one of the most damaging aspects for a person’s deed is when he relies or lives off of money that is not pure or legal, making it haram in the process. The sources of money you use to eat, live and provide for your family members has to be from permissible means.

Allah has commanded us, the Mu’minin, in the same manner as He commanded the Messengers when He said:

Did you notice how Allah compares us to the prophets (peace be upon them) and says we and the prophets have both been ordered to eat from that which is “tayyib”? This comparison is nothing short of an amazing privilege and reading this hadith should make us strive to achieve that which we are commanded to perform.

From this hadith, the scholars have also concluded that for your charity to be accepted, it needs to be given from halal sources because “Allah is pure and only accepts what is pure”.  Therefore, it doesn’t matter what your intention is and how noble your act of charity is, if you are going to be negligent or lax when it comes to where and how you’ve obtained your wealth, it will not be accepted if it’s from haram means.

“…Then he (the Prophet) mentioned (the case of) the man who, having journeyed far, is disheveled and dusty and who stretches out his hands to the sky (saying): “O Lord! O Lord!” (while) his food was unlawful, his drink was unlawful, his clothing was unlawful, and he is nourished with unlawful things, so how can he be answered.”

Acceptance of your dua and Halal sustenance

This is usually overlooked by us, but your rizq and how you obtain it has a direct effect on your dua being accepted or rejected. Earning and consuming lawful things are important conditions for acceptance of your dua by Allah. Therefore, if you want Allah to respond to your dua, it’s time to check the sources of your income!

Here, the Prophet (peace be upon him) speaks about a man with specific descriptions. These descriptions were mentioned for a reason. All these descriptions are factors that can speed up your process of dua being answered. So he was:

However, despite this man fulfilling all the requirements for increasing his chances of dua being accepted, it was not accepted by Allah, because his food, drink and clothing was from unlawful means!

Important points of this hadith

Become a Quran Pro: 9 Brain Foods for Better Memory
Make Your House the House of Qur'an
14 Islamic Quotes about Politeness