How to Do Da’wah without doing Da’wah 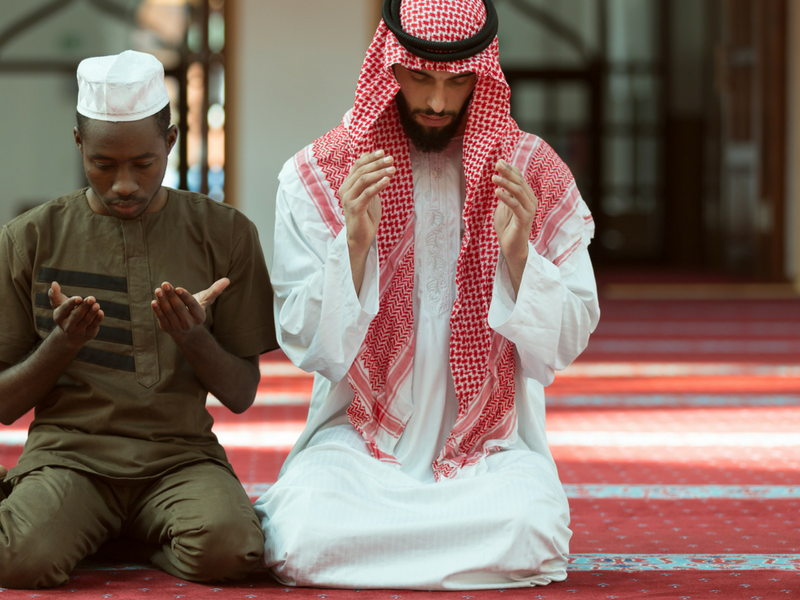 If someone told you to carry the Qur’an and go out on the streets giving da’wah, you will probably cringe at the thought. As much as many Muslims love to invite others to Islam, the idea of walking up to strangers to talk about Islam can sometimes be scary.

Travelling all over the world and calling people to Islam is a very noble and rewarding thing to do, but not every one of us will be able to do it. For people who either feel shy or anxious at the thought of standing in front of a crowd to tell them about Islam, here are three easier ways to give da’wah without fear.

Yazid ibn Yabnus said, “We went to ‘A’isha and said, ‘Umm al-Mu’minin, what was the character of the Messenger of Allah, may Allah bless him and grant him peace, like?’ She replied, ‘His character was the Qur’an.’” (Al Adab Al Mufrad)

The best way that we as Muslims can show the beauty of Islam and call people to the deen is through our character. When your personality reflects the true teachings of Islam, people will be drawn to you and they will want to know more about your way of life.

For several years in Makkah, the Prophet (SAW) was attacked for spreading the message of Islam. But ironically, within this persecution, many people accepted Islam.

What endeared them to the message of Islam? Beyond believing the message of the Qur’an, many of the earliest converts to Islam admired the character of the Prophet (SAW), and it was what led them to accept Islam.

The Prophet (SAW) was widely known for his honesty and it even testified to by the unbelievers. He was known for truthfulness, kindness, and compassion. He never hurt anyone or took revenge for hurt done to his own self. He forgave easily, never cheated in transactions and never lied. He respected agreements, never usurped anyone’s rights and treated family, friends and strangers like they were the closest people to him. He always met people with a smile and many of the sahabahs said that if you met the Prophet (SAW), you would feel as if you are the dearest person to him.

He embodied everything that the Qur’an teaches us to be as Muslims.

If you had a neighbor or colleague who had all these characteristics known of Prophet Muhammad (SAW), wouldn’t your heart be drawn towards them?

The same goes for us. When we live our lives according to the Islamic way, people will see the beauty of Islam and it may cause them to believe in Allah (ta’ala).

Even though da’wah shouldn’t be the main reason why we should be on our best behavior, it should remind us that people are watching our actions and that whatever we do may affect how people see Islam and Muslims.

Here are a few ways to give da’wah with your character:

All of these things may seem like trivial acts on a day to day basis, but these are really the things that build a positive environment for human beings. And when people see you as someone who strives for the good of others along with their own self, it endears them to you.

If you can’t physically give da’wah to a group of people, sharing your knowledge is a way to also give da’wah. There are many websites online dedicated to the propagation of Islam, so, if you feel better behind a screen, you can share your knowledge of  Islam on the internet.

Part of the benefits of this medium is that your message has the capacity to reach a large number of people, far more than you probably would have otherwise.

Away from the internet, we can share our knowledge by donating books to multi-faith centers, Masaajid, and places where they will be accessible for non-Muslims.

Many people love to be out there spreading the message of Islam, and many don’t. If you are a person who is unable to give da’wah in different locations, or “put yourself out there”, you can support those who do.

There are da’wah organizations all over the world whose sole aim is to spread the message of Islam. These organizations almost always depend on donations to execute their projects. You can support them by donating in cash or by supporting them with your skills. We are all working towards the same goal of sharing the beauty of Islam with people and having them believe in Allah (ta’ala).

As long as a Muslim is alive, he/she will continue to be engaged in da’wah either actively or passively. Whatever method we choose, the important thing is to continuously spread the message of Islam with sincerity and with the best of character that Allah (ta’ala) expects of us.

Related Video: How to give Dawah in two minutes!

Connecting With Allah Through Prayers
12 Tips for Powerful & Effective Duá
How Do I Show That I Love Allah?