How to Make Tawbah and Keep Away from Sins 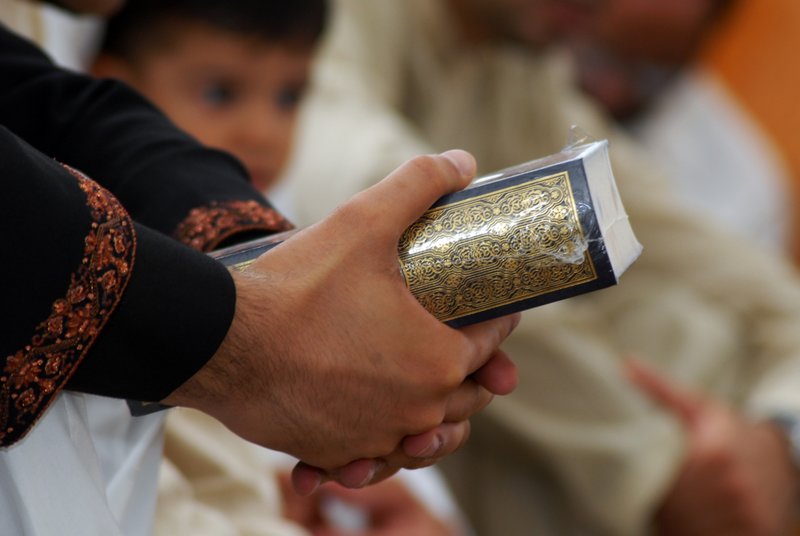 Tawba means repentance. It means turning back to Allah (ta’ala) in recognition of our sins, and to seek forgiveness for them.

As humans, we are prone to committing sins. All sons of Adam (Alayhi Salam) have been destined to commit a sin or the other in their lifetime, except Prophet Muhammad (Sallallahu Alayhi Wa Sallam).

So, we cannot exclude ourselves from needing tawbah. You can’t assume that observing your daily Salah, fasting regularly and giving charity makes you a perfect Muslim. It doesn’t, and this is why we need to regularly return to Allah (ta’ala) in tawbah.

The Messenger of Allah (ﷺ) said: “Turn you people in repentance to Allah and beg pardon of Him. I turn to Him in repentance a hundred times a day”. (Riyad us-Saliheen)

Why Do We Need Tawbah?

We need tawbah because it wipes away sins, and in some cases, our tawbah may cause Allah (ta’ala) to look at us with mercy and even grant us more goodness.

Sins eat away at your good deeds and it tips the scale towards punishment on the Day of Judgment, except you turn back to Allah (ta’ala) while still alive.

It is not enough that we realize that something is a sin and we stop doing it. We need to seek repentance for the ones we have committed and then promise to stay away from them. To have our tawbah accepted, we should do the following:

You can only seek repentance from an action that you accept is sinful. So, for someone who commits adultery, the person needs to acknowledge that adultery is a sin before they seek repentance.

If you do not admit that your action is sinful, why would you be repenting?

An adulterer may acknowledge the sin of adultery but show no remorse. This is usually a sign of someone who has gone neck deep in that sin, that they have normalized that action in their daily lives.

For someone who wants to repent, you should show remorse at committing the sin. One should feel bad that they have wronged their own soul and has transgressed the limits set by Allah (ta’ala) so that their repentance can be accepted.

Look at this in the example of a child who broke the screen of your phone as a result of carelessness. The child decides to apologize to you, but in the course of the apology, shows no remorse whatsoever for what they did. In that situation, one would say that the child is actually not sorry, he is only apologizing out of duty.

A big part of making tawbah is the actual repentance itself. You have to seek forgiveness from Allah (ta’ala) for the sin that you have committed.

It is not enough to know that it is a sin and feel bad for it, you have to verbally repent to Allah (ta’ala).

The Prophet (ﷺ) said: If anyone says: “I ask pardon of Allah than Whom there is no deity, the Living, the eternal, and I turn to Him in repentance,” he will be pardoned, even if he has fled in time of battle. (Sunan Abu Dawud)

Dua for seeking repentance in the above hadith:

Resolve to Stay Away

When we have sought forgiveness for our sins, we need to make a resolution to stay away from that sin. It will be pointless if you made tawbah without actually having the intention of leaving the sin completely.

It will be wrong for an adulterer to make tawbah for their actions, with the mind that after this tawbah, they are heading out of the house to commit more adultery. There has to be a firm resolve to stay away from that sin.

Now, we know that many times, you sincerely repent from an action, only to find yourself slipping back into it. This is different. In this situation, it is not that the person made tawbah with the intention of continuing the sin, rather, it is that because they are human and fallible, they have committed the error they hoped to stay away from, again.

Committing the sin does not necessarily mean that the previous tawbah was insincere, but it means that the person needs to do tawbah again and make a stronger resolve to stay away from the sin.

You may also like: 5 Good Deeds To Fill Your Book Of Deeds With

How Do You Repent and Stay Away?

Staying away from a sin that you have repented from can be a serious test. Especially if this sin is a habit that you are used to. But this does not mean that you cannot repent and stay away from it. If you sincerely desire to not commit that sin again, you can try the following tips, with the help of Allah (ta’ala):

The Prophet (ﷺ) said, “Allah accepts a slave’s repentance as long as the latter is not on his death bed (that is, before the soul of the dying person reaches the throat)”.  (Riyad us-Saliheen)

The opportunity to make tawbah is a mercy for us as Muslims. Because if we did not have a way to repent for our sins and have it accepted, we may have a lot more to answer for on the Day of Judgment, more than we can bear as humans.