How To Treat Children According To the Quran and Sunnah 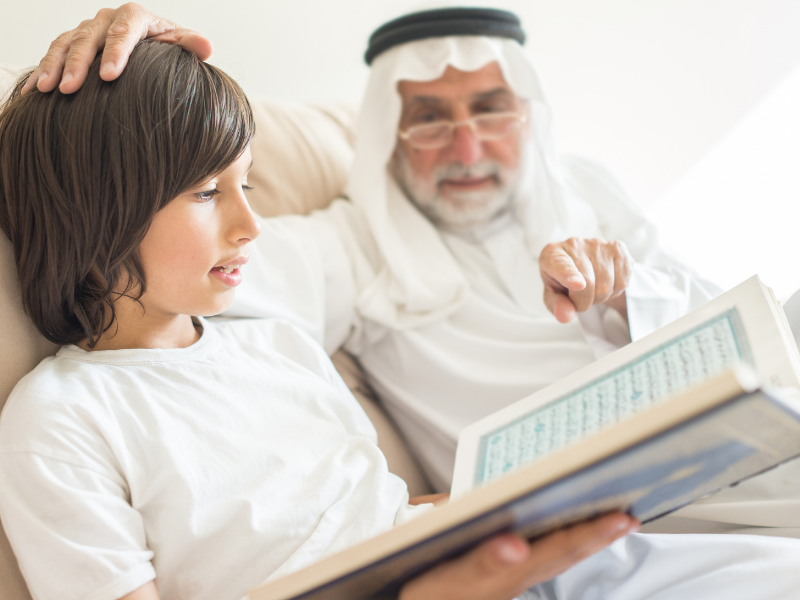 Islam is full of wisdom on dealing with children. Here are a few examples of how to treat children according to the Quran and Sunnah:

The Prophet (ﷺ) carried Hasan (R.A) on his shoulder and said, “O Allah! I love him, so please love him.” (Bukhari)

They had gone out with the Prophet to a meal to which they had been invited, and Husain was there playing in the street. The Prophet came in front of the people and stretched out his hands, and the child started to run here and there. The Prophet made him laugh until he caught him, then he put one hand under his chin and the other on his head and kissed him, and said, “Husain is part of me and I am part of him. May Allah love those who love Husain. Husain is a tribe among tribes.” (Sunan Ibn Majah)

The Prophet (ﷺ) kissed his grandson Hasan when a man named Al-Aqra was sitting with him. Al-Aqra said, “I have ten children and have never kissed one of them.” The Prophet (ﷺ) looked at him and said, “Whoever is not merciful to others will not be treated mercifully.” (Bukhari)

The Prophet (ﷺ) said, “Anyone who does not show mercy to our young ones and respect to our old ones is not one of us.” (Tirmidthi)

Narrated Abu Qatadah, “The Messenger of Allah came towards us while carrying Umamah the daughter of Abi Al-`As (Prophet’s granddaughter) over his shoulder. He prayed, and when he wanted to bow, he put her down, and when he stood up he lifted her up.” (Bukhari)

Luqman the Wise taught his son: “…O my son! Join not in worship others with God.  Verily! Joining others in worship with God is a great wrong indeed.” (Quran 31:13)

The Prophet (ﷺ) said, “Teach your children to pray when they are seven and punish them for neglecting it when they reach the age of ten.” (Abu Dawud)

The Prophet (ﷺ) also said, “The best gift from a Father to his child is education and upbringing.” (At-Tirmidhi)

Mahmud b. Rabi related that when he was five years old, the Prophet (ﷺ) took some water from a bucket and tossed it into his face and did the same to the other children. (Bukhari)

The Prophet (ﷺ) said, “Anybody who called a child, saying that he would give him a certain thing, and did not give it, speaks a lie.” (Ahmad)

The Prophet (ﷺ) loved children dearly and treated them with love, respect and patience. May Allah (swt) help us to follow his example with our own children, ameen.