Greeting in the Islamic Culture 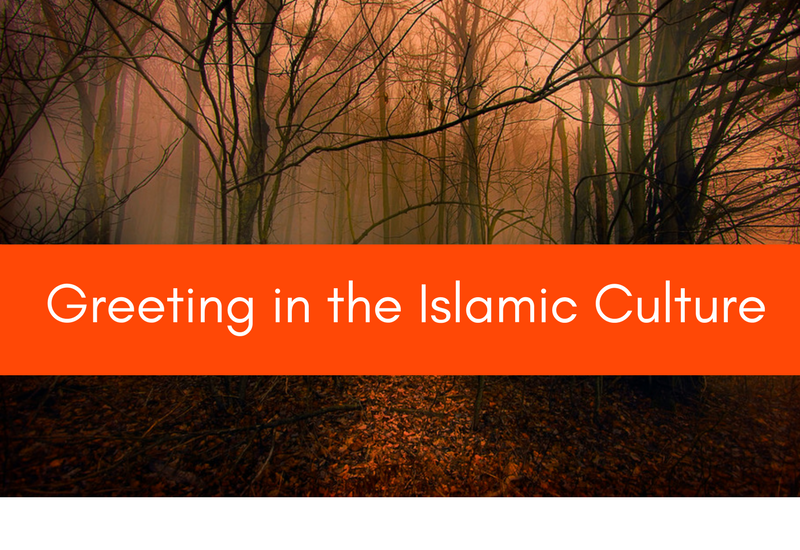 It’s the Islamic greeting. It’s so simple and easy to say these two words, and yet the reward of doing so is immense.

The Meaning of the Islamic Greeting

The word salam has two meanings:

“The Muslim greeting formula is a supplication that Allah may safeguard or protect you from all the things that you fear.”(Ayoob)

Amazing Facts About the Islamic Greeting

The Prophet (sa) said, ” When (Allah) created (Adam), He said (to him), “Go and greet that group of angels sitting there, and listen to what they will say in reply to you, for that will be your greeting and the greeting of your offspring.” Adam (went and) said, ‘As-Salamu alaikum (Peace be upon you).’ They replied, ‘As-Salamu-‘Alaika wa Rahmatullah (Peace and Allah’s Mercy be on you)” (Sahih al-Bukhari 6227)

“And those who believed and did righteous deeds will be admitted to gardens beneath which rivers flow, abiding eternally therein by permission of their Lord; and their greeting therein will be, ‘Peace!’” (14:23)

A man asked the Prophet, “What Islamic traits are the best?” The Prophet said, “Feed the people, and greet those whom you know and those whom you do not know.” (Sahih al-Bukhari 6236)

Giving the greetings of salam is one of the most often repeated practices of Prophet Muhammad (sa), his Companions, and the Righteous throughout the ages. It’s the signature of a Muslim.  Whenever two Muslims meet, it’s Sunnah to initiate this greeting, according to most scholars.

The Prophet (sa) said, “When there are two people walking, the better of them is the one who gives the greeting first.” (Al-Adab Al-Mufrad 983, Hukm of marfu’, Albani)

Who should initiate the salam?

Proofs for the above are found in these hadiths:

It is Sunnah to repeat salam every time you meet, as the Prophet said, “When one of you meets his brother, he should salute him, then if he meets him again after a tree, wall or stone has come between them, he should also salute him.” (Abi Dawud)

You may like: How to be a good and successful Muslim?

Allah (swt) says in the Quran:

“And when you are greeted with a greeting, greet [in return] with one better than it or [at least] return it [in a like manner]. Indeed, Allah is ever, over all things, an Accountant.” (Quran, 4:86)

Majority of scholars says that replying “wa ‘alaykum as-salam” is enough, even if the initial salam was better than that.

All scholars agree that it’s obligatory for a Muslim to respond to the salam of another Muslim, excepting certain situations.

If the salam was addressed to a group of people, then the reply of one of them is enough for the whole group. But if none of them reply then they are all sinful.

One should answer the greeting promptly without any delay, whether the salam was given in person, from behind a curtain, or sent in writing or through a messenger.

When It is Disliked to Exchange Salam

(Note: All the above rules pertain to greeting Muslims. Greetings to non-Muslims take separate rulings.)

Related: How to reap benefits from your trials

Printing of the Holy Quran: The Compilation
Ikhlas – What and How to Attain It
Understanding Hadith – ‘its not complicated!’