Patience and Perseverance: Beautiful Traits of a Believer 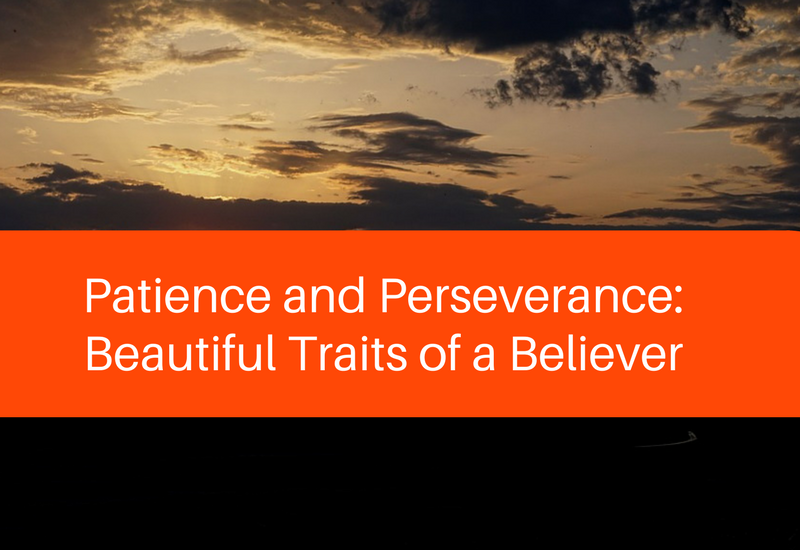 Sometimes, it is hard to come to terms with the idea that we will be tried. So, when we are faced with any form of hardship in our lives, work, marriage, school, etc., patience becomes difficult and it gets easy to fall into despair.

You search for a way out of the difficulty, or you despair. But when you take a moment to understand and internalize the concept of patience in Islam, you flip the script and look at your trials in a new way.

Why Am I tested?

Like the ayah above said, everyone who has declared their belief in Allah (swt) will be tested, no matter their level of piety. So, whenever you are experiencing difficulties in your life, the first trait of patience is to remember that a believer gets tested.

The holy Prophet Muhammad (saw) lost all but one of his children in his lifetime. And even as he was dying, he already knew that Faatimah’s death was nearby. He lost his beloved wife Khadijah, had to leave his home in Makkah, and lost his parents at an early age.

These are trials that would shake any human to their core, but the Prophet (saw) demonstrated as much patience as he could. When his son Ibraheem passed away, he said: “The eyes shed tears and the heart is grieved, and we will not say except what pleases our Lord” (Bukhari)

First, coming to terms with your trials is not the same as giving up. Coming to terms with an illness, for example, is understanding that it is a trial for you while giving up is refusing to seek medical attention and/or praying to Allah (swt) to cure you.

That said, when we make a choice to come to terms with whatever trial Allah (swt) has placed in our lives, we are demonstrating patience and perseverance in a way that we have been told to.

“And be steadfast in patience, for verily Allah will not suffer the reward of the righteous to perish.” (Qur’an 11:115)

But what did he (saw) tell her? “If you wish, be patient and you will have (enter) Paradise; and if you wish, I will invoke Allah to cure you.” (Bukhari)

She chose to remain patient, and by this, the Prophet (saw) called her a woman of Jannah.

No doubt she still had the disease, but she chose to be patient and persevering, and ultimately got the highest reward that any Muslim could ask for.

Most trials come in the form of tragedy. Look at people who have lost their children, spouse, family members, or gotten ill. We know that for many people, trials bring sadness.

But how can we deal with trials in a way that shows patience and perseverance? Here are some ideas:

Be motivated to get closer to Allah (swt)

“A trial which brings you closer to Allah is better than a blessing which makes you forget Him.”— Ibn Taymiyyah

For many of us, trials are what remind us to run to Allah (swt). When you are faced with difficulties, rather than give into despair and disbelief, use that time to get closer to Allah (swt).

Offer salah more, recite adkhar more, and recite as much of the Qur’an as you can. It may be that a way out of the difficulty lies in your supplication, or it may be that Allah (swt) will forgive some of your sins and raise you in ranks.

Remember when Aasiyah, the wife of Pharaoh, was under intense suffering in the hands of her husband and his men. Even as she was near death, she prayed to Allah (swt) to prepare a place for her near Him, and Allah (swt) showed her a place in Jannah, just before she was killed.

She could have buckled under the pressure of Pharaoh’s torture. She could have called her husband a god (like he wanted her to), instead of holding on to her belief in Allah (swt). But she used her dying moments, during the trial, to pray to Allah (swt).

Think of the Reward

No pain afflicts a Muslim except that his sins are forgiven, and the holy Prophet (saw) said that “The greatest reward comes with the greatest trial. When Allah loves a people He tests them. Whoever accepts that wins His pleasure but whoever is discontent with that earns His wrath.” (Sunan Ibn Majah)

Thinking of the reward that comes with a trial helps us become even more patient as we go through the trial. Your heart aches less whenever you remember that your Lord will reward you for your patience even when you pray for a way out.

The holy Prophet told the epileptic woman to have patience and earn Jannah, and she agreed. Even though the disease was embarrassing to her, she thought of the immense reward that she has been promised, and she practised patience.

If we all had to wait till our lives were perfect before doing good deeds, we may never do any. While we are going through a trial ourselves, it is a good time to be good to others. There are people in worse situations than we are, and if we can dwell less on our own selves and help them, we may earn the mercy of Allah (swt).

It may be that you need a better-paying job, but there is someone homeless and hungry that even has life worse than you do. Helping them may bring blessings into your own life even more than you can imagine.

Patience is Islam is not about throwing our hands up and admitting defeat, neither does it mean that we should think that Allah (swt) is testing us because he does not like us. If anything, we should remember that it is the mark of a true believer that he is tested and that he is patient and grateful during the test.

2 responses to “Patience and Perseverance: Beautiful Traits of a Believer”