Who Wrote The Quran? 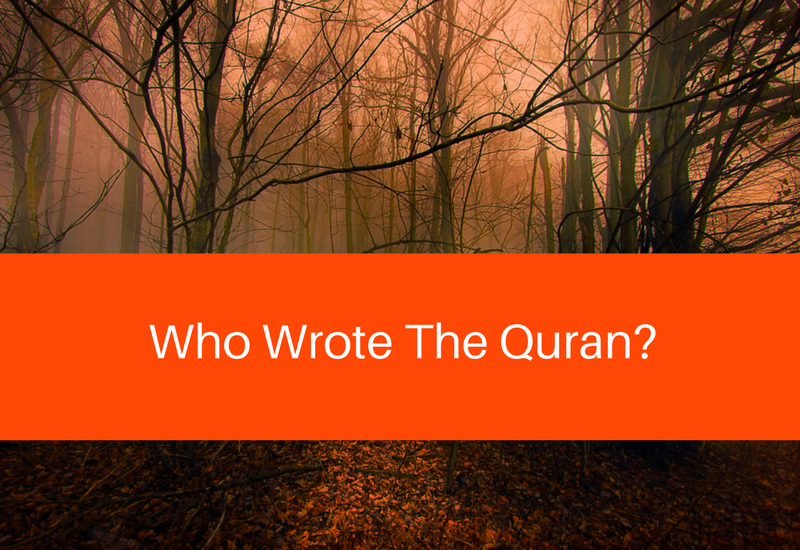 Have you ever wondered…

Well, in this article, we will look at all this and more.

‘Aa’ishah the wife of the Prophet SAWS (peace and blessings of Allah be upon him) said:

The Quran, as we know it, was not revealed to the Prophet (saws) all at once. Rather, the verses were revealed over a period of 23 years, during which time the Muslims had faced several incidents of heartache and loss along with moments of victory, exhilaration and joy.

“And (it is) a Qur’an which We have divided (into parts), in order that you might recite it to men at intervals. And We have revealed it by stages”

Al-Sa’di (may Allah have mercy on him) said:

This means Allah revealed this Qur’an in stages to differentiate between guidance and misguidance, between truth and falsehood.

“…in order that you might recite it to men at intervals…” means slowly, so that they may ponder and think about its meanings, and understand the different branches of knowledge contained therein.

“And We have revealed it by stages” means, gradually, over a period of twenty-three years. [Tafseer al-Sa’di, p. 760.]

While some of the companions of the Prophet (saws) were literate and ended up writing the verses on animal skins, stones, etc., those who were not literate resorted to memorizing the verses as and when they were reveled, in order to preserve it in their memory.

The placement of verses and surahs

Al-Qaadi Abu Bakr said in al-Intisaar: “The order of the aayahs is something that is obligatory and binding. Jibreel A.S used to say (to the Prophet (peace and blessings of Allah be upon him)), ‘Put such and such an aayah in such and such a place.’”

After the Prophet’s time

Zayd ibn Thaabit (may Allah be pleased with him)

Zayd ibn Thaabit (may Allah be pleased with him) said: “The Qur’an continued to be preserved in the hearts of the Sahaabah who had memorized it, and on the skins and other materials until the time of the caliph Abu Bakr al-Siddeeq sent for me when the people of al-Yamaamah had been killed [i.e., a number of the Prophet’s Companions who fought against the false prophet Musaylimah]. (I went to him) and found ‘Umar ibn al-Khattaab sitting with him.

I said to ‘Umar, “How can you do something that the Messenger of Allah (peace and blessings of Allah be upon him) did not do?”

‘Umar said, “By Allah, this is something good.”

‘Umar kept on urging me to accept his proposal till Allah opened my heart to it and I began to realize the good in the idea which ‘Umar had realized.”

Then Abu Bakr said (to me). “You are a wise young man and we do not have any suspicion about you, and you used to write the Divine Inspiration for the Messenger of Allah (peace and blessings of Allah be upon him). So search for (the fragmentary scripts of) the Qur’an and compile it in one book.” By Allah, if they had ordered me to move one of the mountains, it would not have been heavier for me than this ordering me to compile the Qur’an.

Then I said (to Abu Bakr), “How can you do something that the Messenger of Allah (peace and blessings of Allah be upon him) did not do?” Abu Bakr replied, “By Allah, it is a good thing.” Abu Bakr kept on urging me to accept his idea until Allah opened my heart to that to which He had opened the hearts of Abu Bakr and ‘Umar.

So I started looking for the Qur’an and collecting it from (what it was written on) palm stalks, thin white stones and also from the men who knew it by heart, until I found the last Verse of Soorat al-Tawbah with Abu Khuzaymah al-Ansaari, and I did not find it with anybody other than him. The verse is (interpretation of the meaning):

“Verily, there has come unto you a Messenger (Muhammad) from amongst yourselves. It grieves him that you should receive any injury or difficulty…” [al-Tawbah 9:128] until the end of Soorat Baraa’ah (i.e., al-Tawbah).  [Al-Bukhaari narrated in his Saheeh (4986)]

This manuscript (copy) of the Qur’an remained with Abu Bakr until he died, then it was passed on to ‘Umar until the end of his life, and then it was given to Hafsah, the daughter of ‘Umar (may Allah be pleased with him).

Zayd ibn Thaabit (may Allah be pleased with him) knew the Qur’an by heart but he was methodical in his confirmation and compilation. He would not agree to write down any verse until two of the Sahaabah testified that they had heard it from the Messenger of Allah (peace and blessings of Allah be upon him). This Mus-haf (written copy of the Qur’aan) remained in the hands of the caliphs until the time of the Rightly-Guided Caliph ‘Uthmaan ibn ‘Affaan (may Allah be pleased with him)

The difference in dialects

The Sahaabah (may Allah be pleased with them) had dispersed to different lands, and they used to recite the Qur’an according to what they had heard of the seven recitations from the Messenger of Allah (peace and blessings of Allah be upon him), and each of their students used to recite according to what he had heard from his shaykh. If a student heard someone reciting in a manner different from what he knew, he would denounce him and accuse him of making a mistake, and this went on until the Sahaabah feared that there would be fitnah (trouble) between the Taabi’een and successive generations. So they thought that they should unite the people in following one recitation, which was in the dialect of Quraysh in which the Qur’an had first been revealed, so as to dispel any disputes and resolve the matter. ‘Uthmaan (may Allah be pleased with him) was consulted, and he agreed with this opinion.

Al-Bukhaari narrated in his Saheeh (4988) from Anas ibn Maalik that Hudhayfah ibn al-Yamaan came to ‘Uthmaan at the time when the people of Shaam (Syria) and the people of Iraq were waging war to conquer Armenia and Azerbaijan. Hudhayfah was alarmed by their (the people of Sham and Iraq) differences in the recitation of the Qur’aan, so he said to ‘Uthmaan, “O Ameer al-Mu’mineen! Save this nation before they dispute about the Book (Qur’aan) as the Jews and the Christians did before.” So ‘Uthmaan sent a message to Hafsah saying, “Send us the manuscript of the Qur’an so that we may make copies of the Mus-haf and we will return the manuscript to you.”

Hafsah sent it to ‘Uthmaan. Then ‘Uthmaan ordered Zayd ibn Thaabit, ‘Abdullah ibn al-Zubayr, Sa’eed ibn al-‘Aas and ‘Abd al-Rahmaan ibn Haarith ibn Hishaam to copy out the manuscripts. ‘Uthmaan said to the three men who were from Quraysh (the tribe of which the Prophet (peace and blessings of Allah be upon him) was a member), “In case you disagree with Zayd ibn Thaabit on any point in the Qur’an, then write it in the dialect of Quraysh, for the Qur’an was revealed in their tongue.” They did so, and when they had written many copies, ‘Uthmaan returned the original manuscripts to Hafsah.

‘Uthmaan sent to every Muslim province one copy of what they had copied, and ordered that all the other Qur’aanic materials, whether written in fragmentary manuscripts or whole copies, be burnt.

This Book that you have in your shelves, in your houses….have you stopped to realize how many people shed their blood and lost their lives just to preserve this Quran and its message, so it could reach us? Have you thought about the companions who lost their spouses, beloved children and parents, all for the sake of preserving the message of Islam and Quran?

What have we lost in order to get hold of this Quran? Nothing subhanAllah! So when was the last time you read it? Let’s make it a habit to recite a few verses or even just a single verse every single day, in order to benefit from the power and message of this glorious Book, in our day-to-day lives inshaAllah.

One response to “Who Wrote The Quran?”