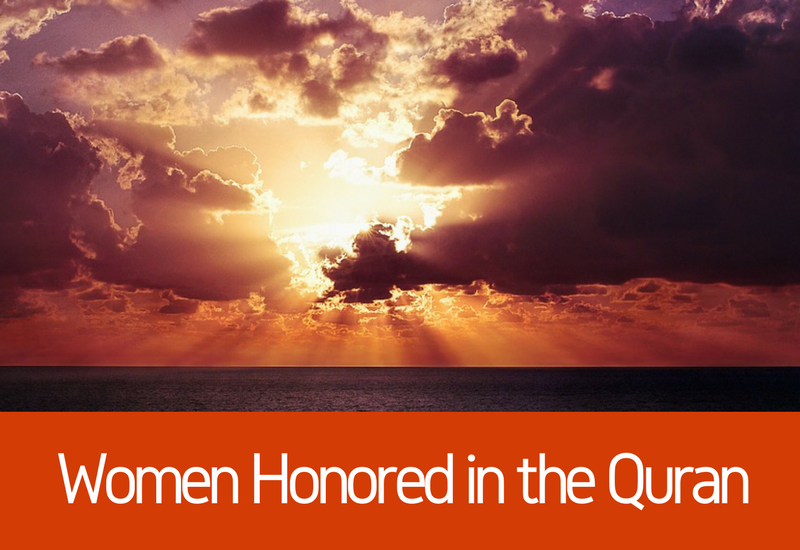 Allah (swt) supports the rights of all Muslim women when He defends Aisha (ra) in the Holy Quran. The life of Aisha(ra) shows that Muslim women have a great role in spreading the message of Islam.

Aisha was the daughter of Abu Bakr (r), the Prophet’s best friend. The Prophet (s) married her after the death of his first beloved wife Khadijah (ra).  Before marrying Aisha, the Prophet dreamt that the angel Gabriel presented Aisha to him as his bride.

The Prophet was not afraid to express his love for Aisha in public. The Prophet was once asked by a sahabah, “Who is the most beloved person to you?” The Prophet replied, “Aisha.” The sahabah then said, “And among the men?” The Prophet answered, “Her father.” (recorded in Bukhari)

How Allah Honored Aisha in the Holy Quran

She was on a journey with the Prophet(s) and companions. As they prepared to return to Medina, she left the group to relieve herself. When coming back, she realized she had dropped her necklace, and she went back to find it. The group mistakenly assumed she was inside her covered carriage, and left.

When she returned, nobody was there. She sat on a rock and began to wait. A companion who had stayed behind came and found her. Without speaking to one another, she mounted his horse while he walked and took her back to Madinah.

The leader of the hypocrites, Abdullah bin Ubayy, decided to use this situation to his advantage. He began to spread a rumor that Aishah and the companion had committed the major sin of zina. Aishah was sick at the time and did not know about this rumor. When she learned about it, she went to her parents’ home. She said that before she knew about the rumor, the Prophet had been acting a little coldly. He wasn’t as sweet as he normally was and she did not understand why. When she heard about the rumor, she understood and asked permission to go to her parents’ home.

She went there and asked her parents whether the rumor was spreading. Her sympathetic parents said yes. She stayed there and began to make duaa to Allah. The Prophet went around, trying to investigate the rumor’s truthfulness. He finally came to visit Aisha and speak to her and her family.

The Prophet gently said, “Aisha, I have heard this about you. If you are innocent, I expect that Allah will declare your innocence. But if you have committed the sin, you should offer repentance, and ask for Allah’s forgiveness; when a servant (of Allah) confesses his guilt and repents, Allah forgives him.”

Aisha (ra) replied, “You have all heard something about me and believed it. Now if I say that I am innocent – and Allah is my witness that I am innocent – you will not believe me; and if I confess something which I never did – and Allah knows that I never did it – you will believe me. I cannot but repeat the words which the father of Prophet Yousuf (Joseph) had spoken: ‘fa-sabrun jamil’: I will bear this patiently with good grace.”

Aisha then laid down, believing that Allah would help her. At that moment, the state of receiving Divine Revelation appeared on the Holy Prophet. Pearl-like drops of perspiration gathered on his face. When it was over, the Prophet joyfully said, “Congratulations, Aisha, Allah has sent down proof of your innocence.” Then he recited the verses 11-21 of Sura An-Noor.

Indeed, those who came with falsehood are a group among you. Do not think it bad for you; rather it is good for you. For every person among them is what [punishment] he has earned from the sin, and he who took upon himself the greater portion thereof – for him is a great punishment.

Why, when you heard it, did not the believing men and believing women think good of one another and say, “This is an obvious falsehood”?

Aisha’s story represents the rights of women to be protected from accusations. In the case of zina (unlawful sexual relations), the accuser must produce four witnesses of the crime:

Why did they [who slandered] not produce for it four witnesses? And when they do not produce the witnesses, then it is they, in the sight of Allah, who are the liars.

Falsely accusing women is a tremendous sin in the sight of Allah (swt):

When you received it with your tongues and said with your mouths that of which you had no knowledge and thought it was insignificant while it was, in the sight of Allah, tremendous.

Aisha’s biography also shows that women can be Islamic scholars. Aisha devoted her life to teaching both males and females about Islam. Aisha narrated 2,210 sayings of the Prophet (s).

The Islamic scholar and Tabi’i Urwah Bin Zubair said about Aisha: “I did not find anyone more proficient (than Aisha) in the knowledge of the Holy Quran, the Commandments of Halal (lawful) and Haram (prohibited), Genealogy, and Arabic poetry. That is why, even senior companions of the Prophet used to consult Aisha in resolving intricate issues.”

The Sahaba Abu Musa al-Ashari (r) said: “Never had we (the companions) any difficulty for which we approached Aisha for the solution and did not get some useful information from her.”

(Recorded in Sirat-I-Aisha, on the authority of Tirmidhi, pg. 163)

Aisha’s strength of character and dedication to Islamic knowledge make her an inspiration for all Muslims.