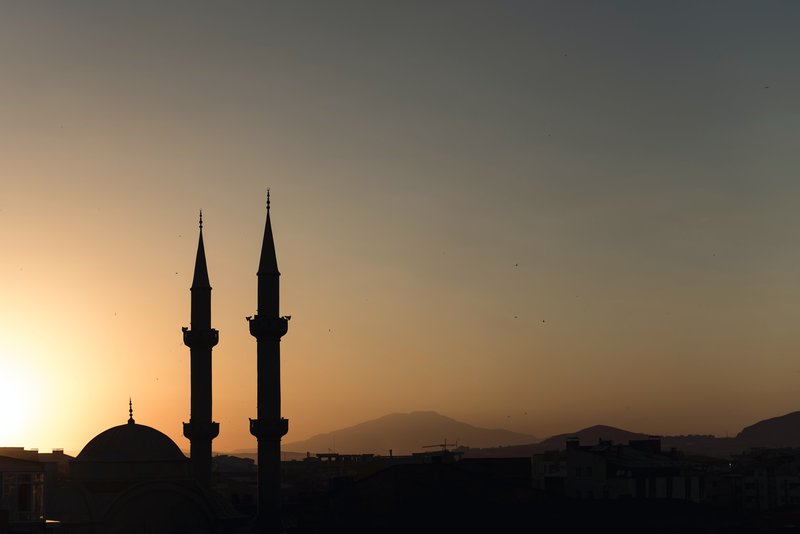 Showing good manners is extremely important in Islam. In fact, one of the reasons that Prophet Muhammad (pbuh) was sent to humankind was to teach good manners:

“God has sent me to perfect good manners and to do good deeds.” (Bukhari, Ahmad)

Politeness is behavior towards others “marked by an appearance of consideration, tact, deference, or courtesy” (Merriam-Webster Dictionary). Politeness is a form of kindness and respect. It promotes a peaceful world. It enhances positive feelings. It prevents hurt feelings. It motivates others to be kind.

Here are 14 Islamic quotes about the importance of politeness:

When anyone greets you in a courteous manner, let your greetings be better than his–or at least return the same. Allah keeps account of everything. (Quran 4:86)

The following are hadiths of the Prophet Muhammad (Pbuh):

2. The most beloved people to the Prophet (pbuh):

The most beloved of me among you is he who is the best in manners among you. (Bukhari, Muslim)

3. Heaviest deeds on our scale on the Day of Judgment:

Nothing is weightier on the Scale of Deeds than one’s good manners. (Bukhari, Ahmad)

4. Small gestures of courtesy weigh heavily on our scale of good deeds

The little matters of courtesy that look easy to you and which you take lightly will be very important on the Day of Judgment. (Tirmidhi, Bayaqi)

Verily, a man teaching his child manners is better than giving one bushel of grain in alms. (Muslim)

A believer may achieve the status of one who regularly fasts during the day and spends the night in prayer, through his good manners. (Riyadh-us-Salaheen)

Rude talk does not bring anything except shame! Modesty and decency decorate wherever they may be. (Muslim, Abu Daud)

8. Allah (swt) hates the one who uses coarse, foul language:

Nothing will be heavier on the Day of Resurrection in the Scale of the believer than good manners. Allah hates one who utters foul or coarse language. (Tirmidhi)

9. Who is the Hellfire forbidden to touch?

The Prophet did not swear at anyone, nor was he rude, nor did he curse anyone. (Bukhari)

11. No one should consider himself superior to another:

You should show courtesy and be cordial with each other, so that nobody should consider himself superior to another nor do him harm. (Riyadh-us-Saleheen)

12. The Prophet (pbuh) showed politeness in many ways:

My mother used to hold the Prophet’s hand and used to take him wherever she wanted. If any person used to come before him and shook his hand, the Prophet never used to draw away his hand from the other person’s hands till the latter drew away his hands, and he never used to turn away his face from that person till the latter himself turned away his face. In meetings he was never seen squatting in such a way that his knees were protruding further than his fellow squatters. (Tirmidhi)

13. The Prophet (pbuh) politely corrected others:

Mu’awiyah ibn Al-Hakam Al-Sulami reports: “I joined a congregational prayer led by the Prophet when a man sneezed. I said to him: ‘May God have mercy on you.’ People looked askance at me. I said to them: ‘I am undone! Why are you looking at me like that?’ They began to hit their own thighs. I realized that they wanted me to stop talking. When God’s messenger finished his prayer, he neither punished, rebuked nor expressed displeasure with me. He just said to me: ‘It is not permissible to say any ordinary talk during prayer; it consists of God’s praise and glorification and reciting the Qur’an.’” (Muslim, Ahmad, Nasai and Abu Dawud)

14. Cheerfulness is a form of politeness:

“Do not belittle any act of kindness, even that of greeting your brother with a cheerful countenance.” (Muslim, Tirmidhi)

“Do not abuse anyone…Do not look down upon any good work, and when you speak to your brother, show him a cheerful face.” (Muslim)

Allah (swt) loves polite people. Even little acts of courtesy weigh heavily on our scale of good deeds. May Allah help us to be among the polite.

Hadith # 13: None Of You Truly Believes Until...
The “4 P’s” of Happiness in the Holy Quran
The Mercy of Allah (swt) in the Quran and Sunnah