Does the Quran Condone Wife-beating? 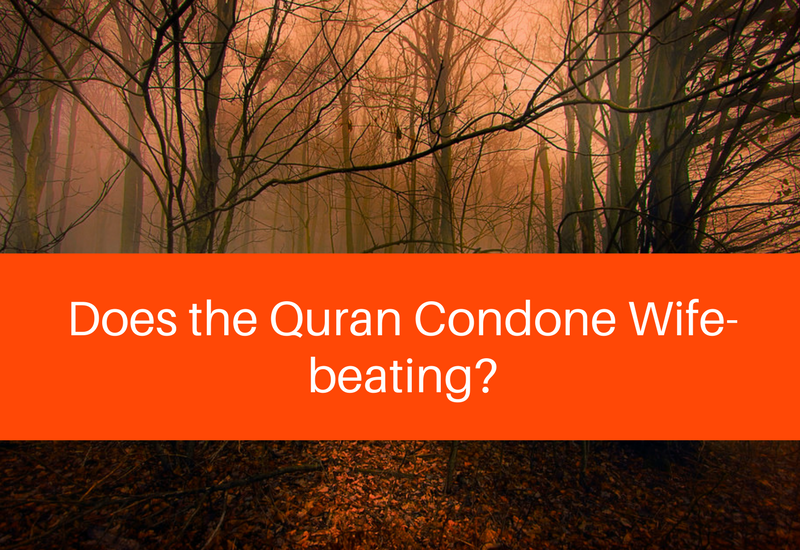 For many years I prayed to Allah (swt) to help me understand the end of verse 4:34, because I could not understand why Allah would allow hitting in a marriage:

“Husbands should take good care of their wives, with (the bounties) God has given to some more than others and with what they spend out of their own money. Righteous wives are devout and guard what God would have them guard in their husbands’ absence. If you fear high-handedness from your wives, remind them (of the teachings of God), then ignore them when you go to bed, then hit them. If they obey you, you have no right to act against them: God is most high and great.” (4:34)

I feel that Allah answered my dua through a Youtube video by Islamic Scholar Nouman Ali Khan (the link is below).

Khan also struggled with understanding verse 4:34. He visited Islamic Scholar Muhammad Abdel Haleem of Oxford University to gain clarification. Below is an explanation of what he learned.

The Theme of Surah An-Nisa

First of all, when we seek to understand a verse of the Holy Quran, we must first understand which chapter it is placed in. We must understand the theme of its chapter, in this case Surah An-Nisa.

Surah An-Nisa is about laws regarding extreme and unusual cases. One verse says, for example, that a man cannot marry his mother or sister. This is an unusual case because most people agree that such a marriage is wrong.

After discussing the theme of surah An-Nisa, Khan explains that verse 4:34 allows hitting only in the exceptional case of a wife caught cheating on her husband, i.e. committing adultery.

If the husband has a suspicion that she is cheating on him, he should advise her, then not share the same bed, and then if he actually catches her with another man, he is allowed to hit her in this very extreme case.

Khan explains that the hit cannot be hard and cannot leave a mark, according to hadiths. He states:

“So this is only for a case of repeated infidelity of a wife and it drives a man nuts and he ends up losing his cool.”

Therefore, this verse only applies to a man who sees his wife committing adultery with another man.

Khan consulted with multiple Islamic scholars who all agreed with this interpretation of the verse. The question is: Why are so many Muslims not aware of this verse’s true meaning?

This verse is really about protecting the fidelity and loyalty within marriage.

Here is an authentic hadith which supports the same interpretation:

“If you hit people you have a problem. If you’re in an abusive marriage you need to get help–tell someone.”

This video was so meaningful to me because many Muslims misunderstand this verse. As Nouman Ali Khan says,

“…To have a problem with an ayah and you’re a Muslim–there’s something that needs to be resolved here…No ayah should be considered a curse or negative.”

How to Improve the Quality of Your Salah
How to Attain Taqwa – Part III
Al Wakeel: The Ultimate Trustee

2 responses to “Does the Quran Condone Wife-beating?”